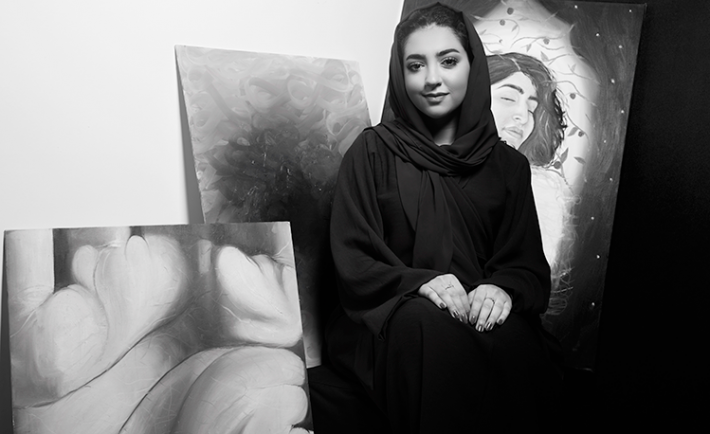 An emerging artist and aspiring leader who stumbled upon art and let it completely define her future, Ftoon says that choosing art as has been the best decision she has ever made.

Her biggest accomplishment so far is using her art to shift views and break stereotypes about Saudi women. Ftoon jumpstarted her journey with a Student Grant from the US Department of State. She embarked on a six-week training that focuses on leadership and civic engagement. This led her to the launch of her dream project, the Saudi Art Initiative (SAI), which supports young Saudi artists by giving them a proper space and platform to express their creativity.

Following the success of SAI’s event, Ftoon started interacting with individuals directly from around the world to build a global network. It was a proud moment for Ftoon as she became the first Saudi to represent her country in The Hansen Summer Fellowship Program for International Cooperation and Leadership. 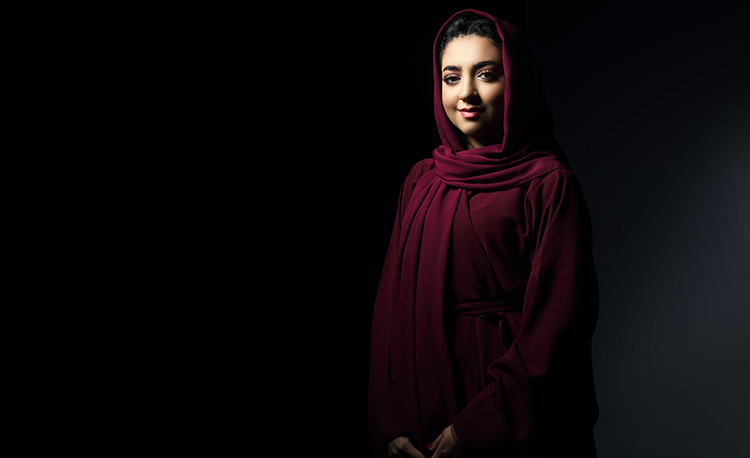 Ftoon believes that by avoiding the walls of limitations we often build around ourselves, she will be able to come up with great and unique ways to tackle the many obstacles that she may face.

Ftoon’s next adventure is to become the Saudi delegate for G(irls)20 Japan 2019. She’s planning another art event and taking it to the next level with an innovative theme, and a bigger number of young, talented artists. Ftoon’s idea of success is connecting with as many individuals as possible and leaving the biggest positive impact through these fostered and meaningful connections.

She is greatly inspired by her mother Hessa Al Muzaini for her social work. As for her international role model, it’s Heather Barnabe, the CEO of G(irls)20 as she continues to support young women by giving them opportunities to share their passions openly.