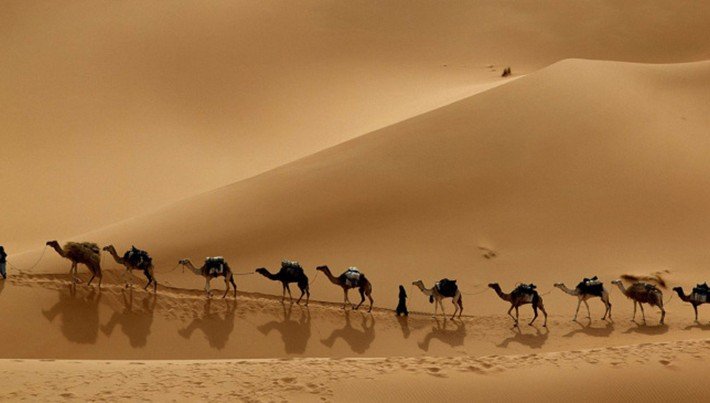 In 9AH, our Prophet Muhammad PBUH and the sahabas went on an expedition, famously known as “The Tabook Expedition.” However, it is also known as the “Expedition of Distress.”

This is because of the severe hardships the Muslims endured throughout their journey to Tabook. The weather was extremely hot, their destination was far off, they did not have enough riding horses to carry all of the soldiers, they quickly ran out of water and they didn’t have enough wealth to equip themselves.

In fact, in one account, it is said that the Muslims became so thirsty during the Tabook expedition that they would slaughter a camel and drink the water that was found in its stomach. A similar account is related from Umar ibn Al Khattab RA who said, “We left for Tabook with the Messenger of Allah in a period of sweltering heat. We stopped somewhere to make camp, and we became so thirsty that we thought our necks would break apart (as a result of dryness)….” He then went to explain how the situation became so desperate that one of them would slaughter his camel and squeeze out any water he could find, and drink it, despite the shortage of riding beasts.

The point being here friends is that, many of us complain about how hungry and especially how thirsty we are, we grumble and whine, not realizing how ungrateful our attitude is. Rather we should stop for a moment and think of those people, who are starving, and those war-stricken countries, who undergo much hardship. Also, we should lift the pages of history and read and reflect at what our predecessors have been through, so that we could integrate some of those ways in our life.

So, next time before complaining about how hungry or thirsty we are, remember “The Expedition of Tabook”.