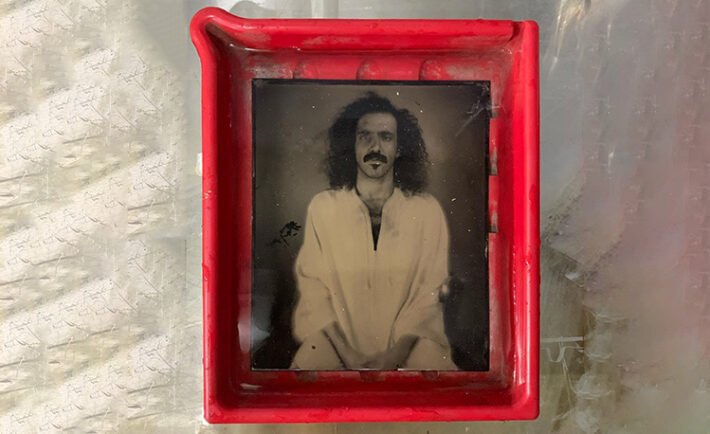 Starting out as a freelance graphic designer, Abdullah began his journey while in college after delving into the online Saudi art scene in 2009.

He created his first art piece in 2012, a wheat-paste poster of the athlete Sara Attar, which gained significant attention when it was posted online by artist Abdulnasser Gharem leading to his first exhibition in London titled #COMETOGETHER.

Inspired by making a statement and the research behind his artwork, Abdullah is currently working on a project that has been in development since 2017,  where he’s using different materials collected over the years, such as memorabilia and different discarded objects sold online, to create collages, videos, and sculptures.

A favorite piece of art of Abdullah’s is Trade of Sanctuary for Food (2019), a multimedia installation and video where he used Afghani bread to create an Afghan bread, covered with a layer of fabric and topped off with Captain America’s shield.