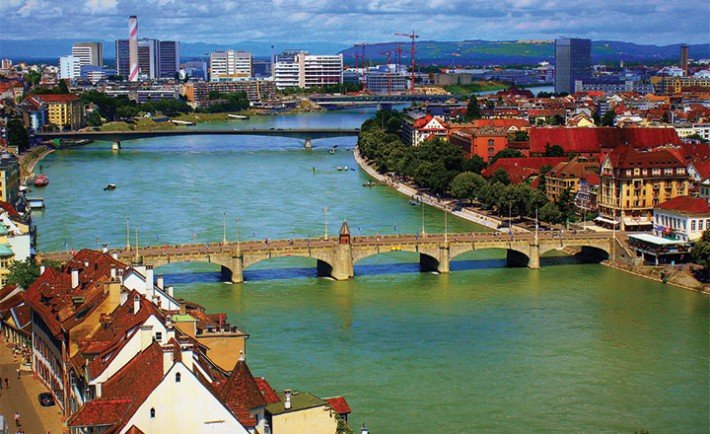 • “Alhamdulillah, life is OK here. We have masjids and halal food,” explained Ahmad, the owner of a small shop.
• “Where do you get your halal meat from?”
• “We buy from Germany… Muslims here just want to live in peace and Basel is a good place.”

BASEL’S FIRST MUSLIM
Mosques aren’t the only Islamic things hidden in Switzerland. Johann Ludwig Burckhardt is most famous for rediscovering Petra in Jordan, a feat that would normally demand a statue or a plaque somewhere. Yet in Basel, I found nothing. This might just be because Burckhardt is potentially Switzerland’s first ever convert to Islam. Back in 1814, the young explorer performed the Hajj as Sheikh Ibrahim Al Barakat, having mastered Arabic and Islamic law. Of Makkah he wrote, “During all my journeys of the east, I never enjoyed such perfect
ease as at Makkah.”

GET THERE
• The best airline is Lufthansa which flies from Jeddah to Basel with one stopover in Paris and costs approx. SR 2,900.

MUST HAVE
• Entry visa for Saudi nationals before travel.
• The Basel Card for getting about easily.
• A city map to avoid getting lost.
• A copy of Burckhardt’s Travels in Syria and the Holy Lands.

The Author:
Tharik Hussain is a freelance travel writer, journalist and photographer who regularly contributes to magazines and websites across the globe. Tharik lives with his family in London, UK and also teaches Sociology and Media Studies.