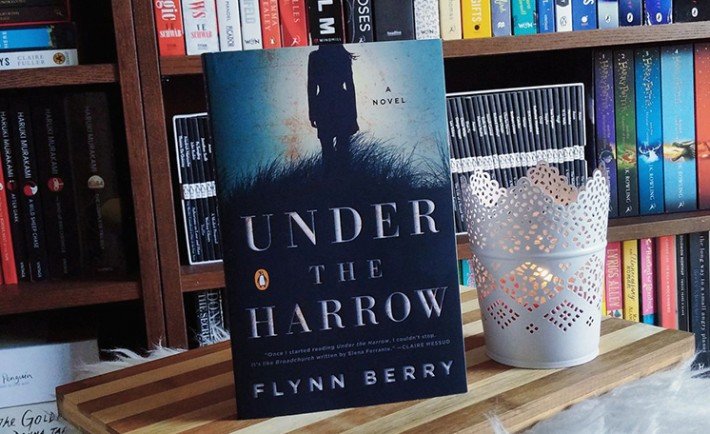 A psychological thriller that keeps you guessing until the very end.

One of the reading highlights of 2016 has been my proper discovery of crime and psychological thrillers. Since I finished reading Under the Harrow by Flynn Berry this past weekend I thought, now would be a great time to review it!

Under the harrow means to be in a lot of distress or anxiety.

General Premise: Nora visits her sister Rachel’s house in Marlow for a routine weekend hangout, but instead of a warm welcome she finds her sister brutally murdered. Nora’s distrust in the police leads her to investigate the murder herself in a state of devastation and depression.

One of the remarkable aspects of Under the Harrow is the sisterly love that is portrayed. We get to see things from Nora’s perspective and she eventually realizes that despite their strong bond there were things she didn’t know about Rachel. Though Nora is our narrator, it’s really Rachel who we come to know properly. We know the dead better than the living.

Book review time!! UNDER THE HARROW by Flynn Berry Quick review: PICK this book!! . I had the absolute pleasure of finishing this book in just one day. It's such a fabulous psychological thriller. It's atmospheric and dark, told from the perspective of Nora, the sister of the young woman who gets brutally murdered in her own apartment. ‎When I say I couldn't guess who the murderer was until the VERY END I absolutely mean it. And the clues are there, you just don't think to dig deep enough. I loved the narrator's awkward and slightly disturbed voice. Nora's love for her sister and her distrust in the police system pushes her to investigate the murder herself. Here's top reasons you should read it:  1. It's a really gripping psychological thriller; it explores the reaction to abuse and trauma very well.  2. The writing is amazing, just give it a few pages and you'll be hooked!  3. The book is dark and bleak, something I personally love.  4. The portrayal of sisterly love is very realistic. ‎ One of the things I loved was that Berry didn't abuse the unreliable narrative form. Overall, I'd say this is a pretty good psychological thriller! Definitely a 5 star read for me. Thank you @vikingbooks for sending this my way!