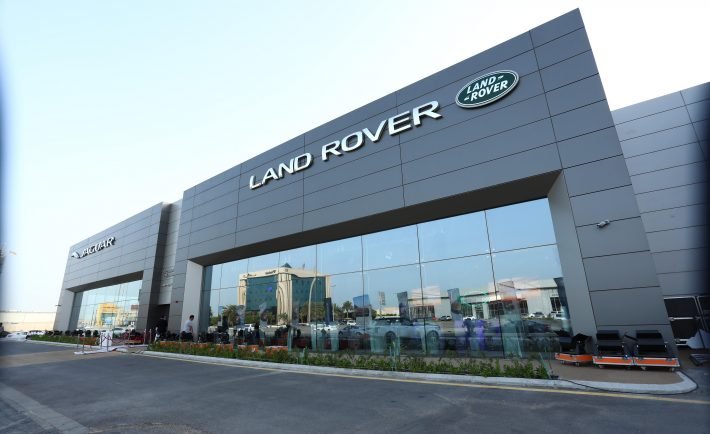 This new facility is the result of more than a year of construction and outfitting work and is part of MYNM’s strategic plan to continuously invest in the Jaguar and Land Rover brands. The aim is to provide exceptional level of customer service across all regions in the Kingdom, thereby meeting and exceeding their expectations. Moreover, this ambitious initiative allows the company to meet the growing demand on its vehicle portfolio in the Eastern Region.

The new 3S facility covers an area over 12,000 m², and is strategically located on Dammam- Al Khobar highway. It is a state-of-art, Jaguar Land Rover new corporate identity compliant facility that offers all services under one roof, from sales to aftersales services. In addition to significant warehouse for genuine spare parts.

In this occasion, Sheikh Mohamed Yousuf Naghi, Chairman of Mohamed Yousuf Naghi Motors Company, underlined the significance of the all-inclusive new 3S Centre in view of its importance to Jaguar Land Rover customers in the Eastern Region of Saudi Arabia. He addressed the attendees saying, “We have been encouraged by the rapid development in this region to establish the biggest integrated center for Jaguar Land Rover in the Kingdom” And a step further closer to our customers in this region.

He added, “As an all-inclusive service center, the 3S facility will enable us to better service and assist our clients, which is an integral part of our constant endeavor to go beyond the expectations of our clients in every possible manner. Along with the increase in our level of investments, we humbly consider this facility as a launch pad towards a new era.”

On the sidelines to the inauguration of this facility, MYNM launched the All New Land Rover Discovery on 21st April 2017 in the Kingdom of Saudi Arabia. This vehicle represents the latest addition to the Land Rover Discovery family. The Discovery is Land Rover’s most versatile model yet and is being hailed as the ultimate family SUV. It refreshes the philosophy of adventure and discovery in typical British flair.