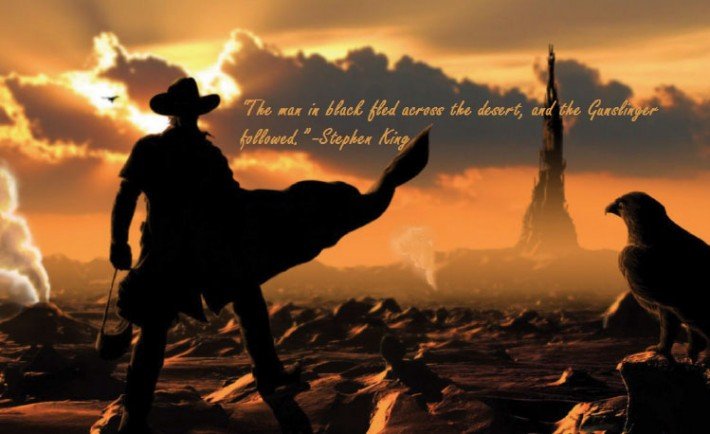 Most people recognize Stephen King for his immense library of literary works in the horror genre, but King himself recognizes The Dark Tower series as his Magnum opus. The Dark Tower is fantasy series that’s a mix between Lord of the Rings books and The Good the bad and the ugly film.

The book opens with a paragraph that serves as terrific plot summary; the whole narrative follows the, Gunslinger Roland Deschain and his first step on the long journey to the Dark Tower. In the Gunslinger the plot runs in two time periods: present and past. In the present we follow Roland and his pursuit of the man in black.

On the other hand, in the past we follow Roland in his youth. We see glimpses of what shaped the Gunslinger of the present. I’ve never been a fan of flashbacks; it almost always feels like a diversion from the main plot. Mostly the arc felt slow and I just wanted to get through it to get to the main arc, which in comparison was moving on a much faster paced with more exciting events and characters. Still, the look to Roland’s past was needed and the conclusion of it makes it worthwhile.

The world of the Dark Tower was conceived to fit many themes and ideas from various genres into one grand narrative; in the long series King goes into fantasy themes, sci-fi and even real life struggles, so the long journey never fails in surprises and variety. 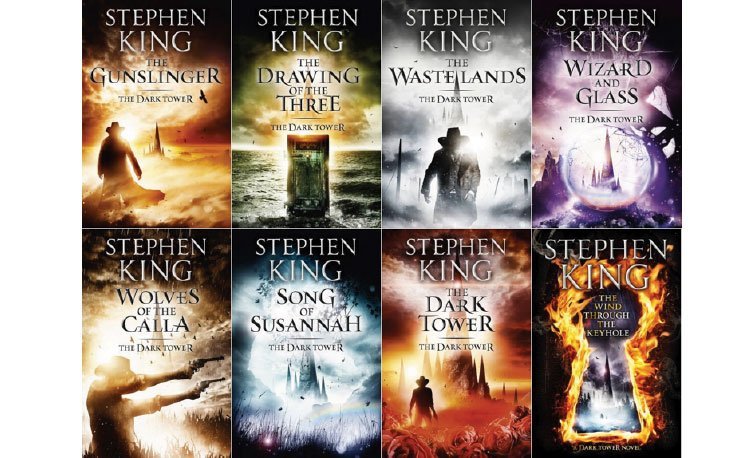 Stephen King wrote The Gunslinger around the beginning of his career, and compared to his later work you can see how much he evolved as a storyteller. Still, the book may not be great on its own, but it’s a great start of a long engrossing journey.

In closing, the Gunslinger is a good start into a great series. In this book King establish his world and a couple of characters, but this is only the tip of the iceberg of a long, entertaining and one of kind journey.