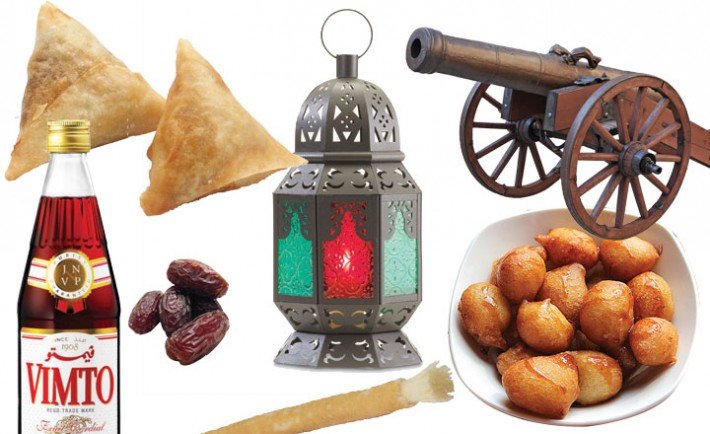 Ramadan is one of the most memorable experiences you’ll have while living in Riyadh. If you’re new to the city, here are a few of the things you can expect.

Ramadan Lanterns Everywhere
Also called Fanoos, the lanterns in the past were used to light the way for people heading to prayer.

Supermarket Rushes
Never ever go to the supermarkets a week before Ramadan. The irony of people stocking up with four months’  worth of groceries on the month of fasting escapes us, but it has become a tradition.

You’ll See Some People Chewing on Sticks
It’s a practice that’s been around for thousands of years. They’re called Miswaks. Chewing on them is a way to keep people’s mouths clean.

Sambosa, Luqaimat, Vimto and Dates Overflow
We don’t need to comment on this one, right? Uhuh.

Riyadh Becomes a Ghost Town from 6-8 p.m. and Comes Alive After till the Break of Dawn
By five, the streets become empty sans the tumbleweed. Nonetheless, make it a point to drive cautiously.

Cannons
Nowadays there’s only one official cannon that fires in Diriyah. You can still mimic the tradition by lighting sparklers, which you can find in Thaibah (look for the women vendors on the sidewalks).