A flight adventure at Light and Space Aviation.

You gotta admit, flying an airplane looks pretty cool but you get confused as soon as you see all those switches and buttons. Land and Space Aviation gives you the unique experience of flying a plane, the only thing you’ll need to fly is a little courage. Whether you’re looking to just try out flying or get a license, it’s the place to go. Built under the Saudi Ultralight Aviation Federation, 750 pilots have graduated from this school, both male and female with different licenses including light sport, fixed wing, microlight and more.

So, what can you do as a completely clueless pilot wannabe?
Co-pilot a plane with one of the qualified trainers from the first try. Yup. You’re ready to get on a plane, push some buttons and make it fly. If you liked it so much, you can take more courses and after completing the required number of hours, you can call yourself a pilot! 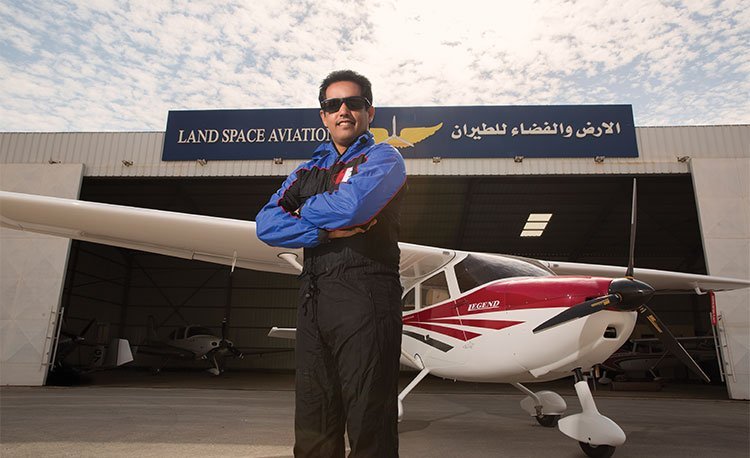 First Flight:
2001, with an Italian trainer in Riyadh.

Biggest Challenge:
When my colleague and the cofounder passed away. The community had turned against me and asked me to stop, keeping in mind that the percentage of aviation accidents in Saudi Arabia is considered the lowest compared to other countries. 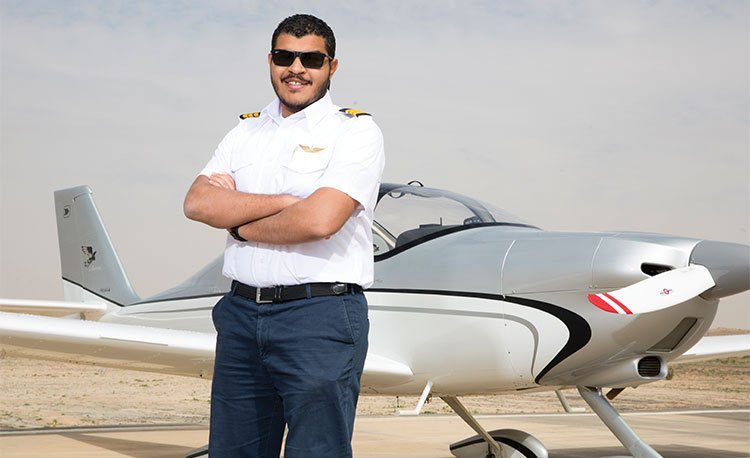 How did you know about LNSA?
“I heard about the price they were offering to give licenses and I had to check the place out, so I flew all the way from Egypt, drove to the middle of nowhere, and ended up with a job.” 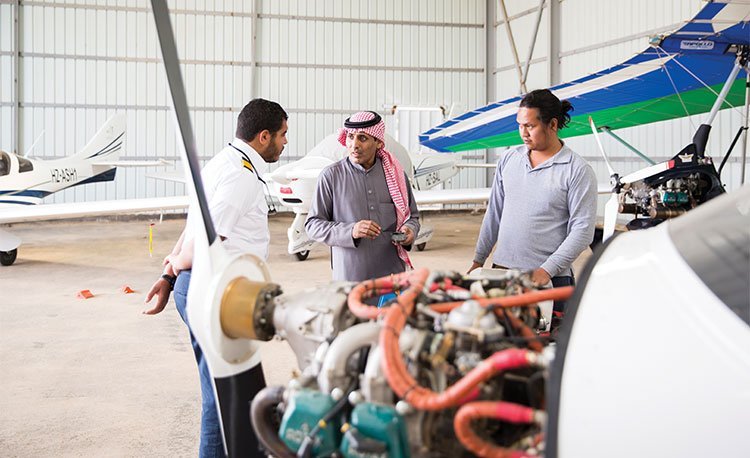 Which plane are you training on?
Fixed wing.

How many hours does it require?
Twenty-five hours. I finished five so far.

Thoughts so far:
“The service is really great. It’s fun and not that hard, and I don’t even know how to drive a car!”