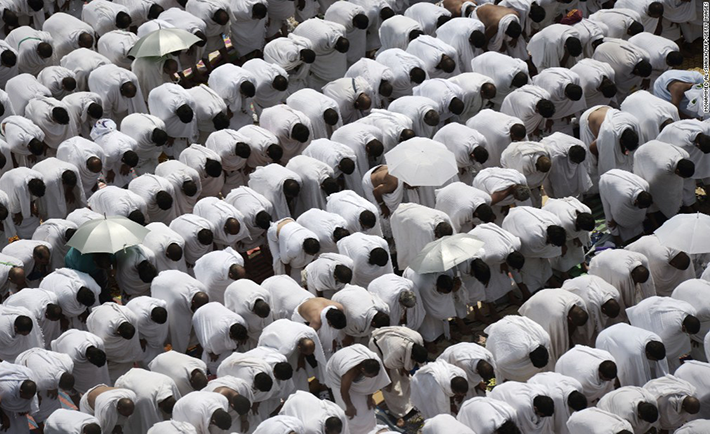 Undoubtedly, no deed is actually equivalent to the divine and sacred ritual of Hajj nor will any such deed give your heart the same level of spiritual contentment as Hajj. But Allah is indeed the Most Merciful and Most Generous.

Here are a few effortless actions you can perform so that you catch up with the lucky pilgrims in Makkah:

1. Invoke Allah from Fajr to Ishraaq

The Messenger of Allah (SAW) said: “Whoever prays (Fajr) in congregation and then sits in the place where he prayed remembering Allah until the sun rises and then prays two rakats has the reward of a complete Hajj and `Umrah.” He emphasized “complete” three times.

The Holy Prophet (SAW) said: “The one who goes out to the mosque wanting only to learn good or teach it has the reward of a complete Hajj.”

Sa`id bin al-Musayyib said performing the Friday Prayer is “more beloved to Me than a nafl Hajj.”

6. Executing the needs of a Fellow Muslim.

Hasan al-Basri said: “Going to fulfill the need of your brother is better for you than performing Hajj after Hajj.”

The Prophet (SAW) commanded one of the Companions to be good to his mother. If you do so, he said: “You are like a Hajj pilgrim, a person performing `Umrah and someone striving for the sake of Allah (mujahid).”

Some of the Pious predecessors said: “To abstain from an iota of wrong is better than five hundred (Nafl) Hajj”

10. Any act of Good during the first 10 days of Dhul Hijjah.

May Allah give us the sound ability to perform all these good deeds and the actual Hajj many times In Shaa Allah.