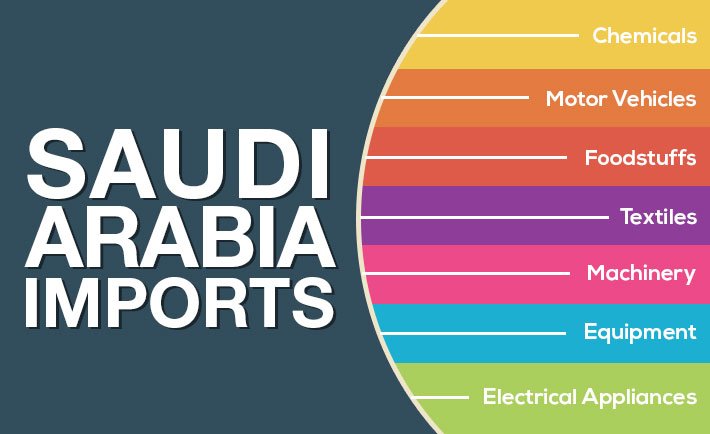 Saudi Arabia’s exports and imports have risen considerably after it joined the World Trade Organization (WTO) in 2005.

The Kingdom’s major imports include chemicals, motor vehicles, foodstuffs, textiles, machinery and equipment. Machinery and electrical appliances alone stood at SAR171.012bn, comprising to around 26.2 percent of the total imports by the country.

So you probably are wondering from which country does Saudi Arabia make imports the most from? The answer is China.This is also the case with most other Middle Eastern countries with majority of their imports coming from China.

Percentage wise Saudi Arabia imports 13.6 percent of all imports from China. This is followed by the USA (13 percent) and Germany (7.2 percent).

With the competition between the United States and China being neck and neck in 2014, only time will tell which country will emerge on top and account form the major chunk of Saudi Arabia’s imports once official stats for 2015 are released.