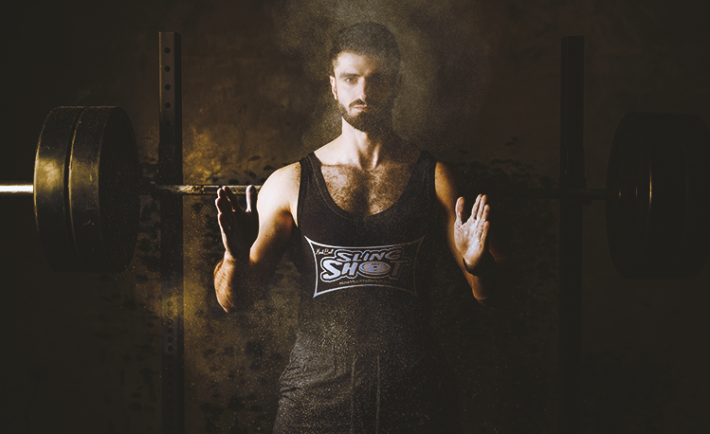 At 29, Saleh is a competitive powerlifter with nine years of overall training, four of which he dedicated to powerlifting. He initially started out with the goal of gaining strength, and along the way found himself powerlifting.

In 2014, one of Saleh’s trainers convinced him to join Fitness Time’s Strongest Man competition which, at the time, he didn’t think he was good enough for but tried anyway. Winning the title despite no formal training surprised him, but also made him decide to pursue powerlifting and strive to be good at it.

To date, the achievement that means most to him is smashing a 307kg deadlift at 95kgs – an elite weight to lift in his entire weight class and something he could have only achieved after years of hard work and training.

When asked what his ultimate goal is, Saleh says there is no “end” to it – he just keeps adding weight to his bar day after day, aiming to find himself stronger than he was the previous year. “The goal isn’t so much to work until I burn out as it is to focus on being consistent; it’s all about reps.”

Training is never a smooth road; there was a time when Saleh injured his shoulder and wasn’t able to lift. Instead of quitting, he pushed himself despite the injury, modifying his workouts until he had healed and keeping up a consistent routine. “I believe growth and success is a direct result of consistency,” he says.

Outside the gym, powerlifting has helped Saleh build self-esteem and confidence. Being strength-focused, naturally, translates into being “highly functional” in his everyday life, even if sometimes all he uses his strength for is to help his mother move the couch from one room to the other.