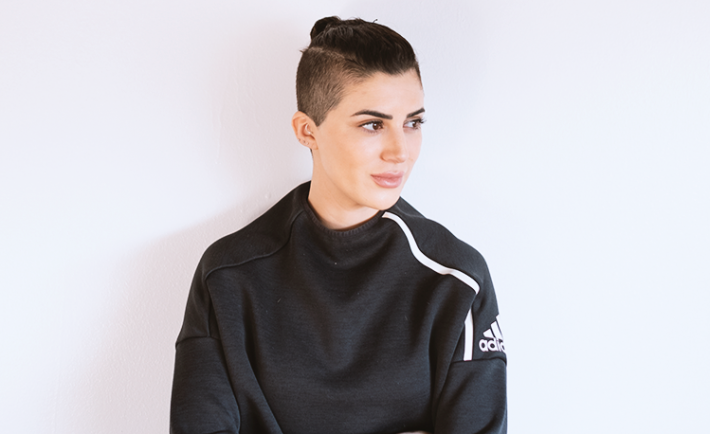 Saja started playing football at the age of 4, and now she is the first Saudi female commentator. An influence to the next Saudi generation.

London born, Saudi Arabian women sports advocate Saja Kamel didn’t know that she would become a voice for women’s participation in the social sphere when she first started playing football at the age of 4.

While Saja worked for every achievement under her belt, she realized that growing up she had access to opportunities most of her contemporaries didn’t have. She feels fortunate that her father and mother supported whatever passion, be it football or going on different leadership exchange programs, she wanted to pursue. Recognizing this, she has made it her mission to walk through doors, so that younger women wouldn’t have to open them anymore. Starting as a Saudi female footballer, she attended Arsenal FC’s academy and would move on to participate in the first GCC football tournament for women.

She played in two world record matches, for the highest and lowest altitude football games. On a streak, she was invited to be an Asia Cup Ambassador for 2019 and became the first Saudi female sports commentator. A person who tends to make the waves she rides, Saja also pursued her love of cars and had recently hosted a season of Driven on MBC. When the ban on women’s driving was lifted, Saja decided to be trained as a driving instructor so she can help more women get on the roads.

The former senior government consultant has amassed a strong social media following, and she’s using her platforms to influence the next generation of Saudis to go after their dreams. While there are those who don’t agree with her “live authentically, do what you want (within reason)” philosophy; Saja believes that if what she does inspires a girl to not think twice about taking a shot at her dreams, then yes, it’s all worth it.