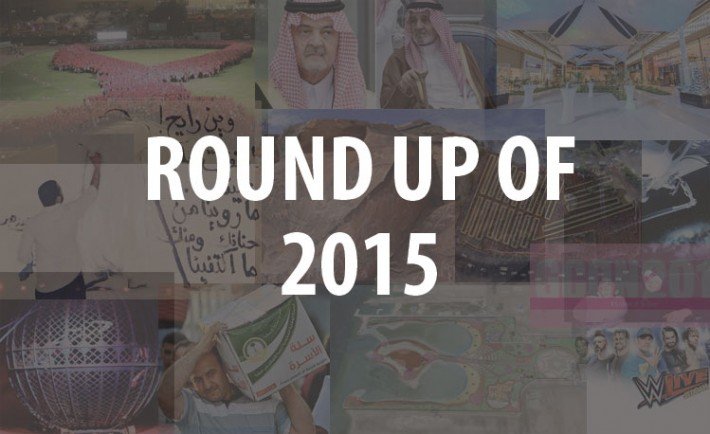 2015 has been an eventful year for most of us and The Kingdom in general. A mixture of sad and pride-stirring moments, we decided to create a timeline of the 20 most important moments of this year:

King Abdullah Bin Abdul Aziz passed away this year on January 23rd, 2015. It was a sad moment not only for Saudi Arabia, but the world. He was a brilliant leader who strived towards the positive development of the Kingdom, the Muslim world and the world at large. Graffiti artist, Ahmed Zuhair paid a beautiful tribute to him, summarizing our thoughts on one of the walls at Jeddah Corniche. 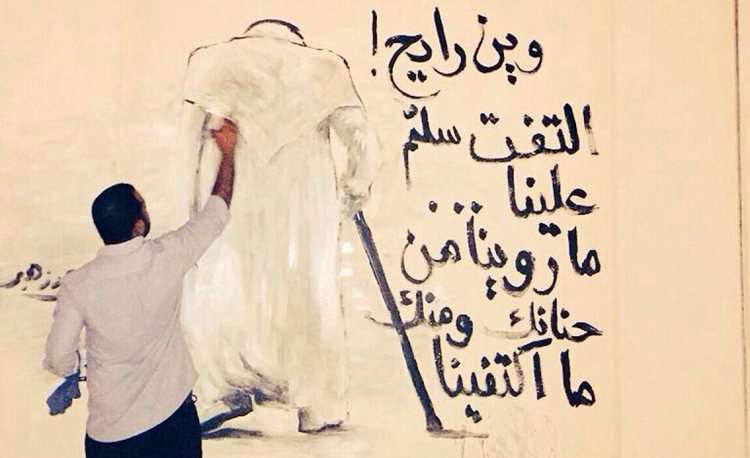 Some changes were made after the passing of King Abdullah in the Government’s appointments; introducing younger members into the regime. Some of the changes were as follows: 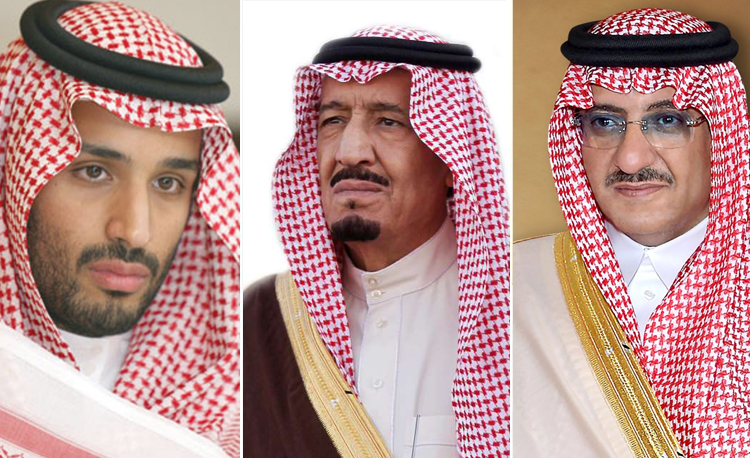 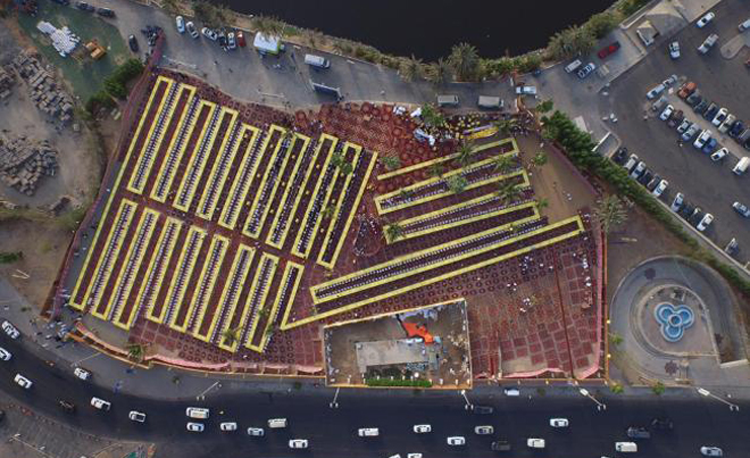 The first ever burrito speed eating contest was held in Riyadh and Jeddah in August. The prizes included a week trip to Cancun, Mexico and a free burrito a day for a year. 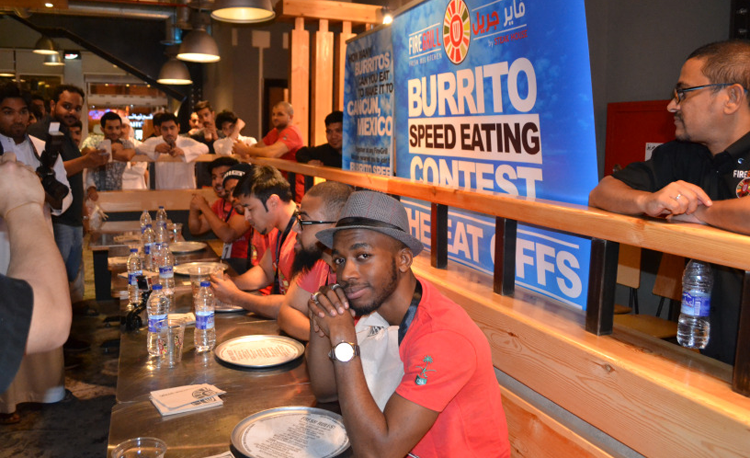 As of 2015, women in Saudi Arabia can now run, vote and manage campaigns in council elections. As a result, Salma bint Hizab Al Oteibi became the first elected female politician in The Kingdom. 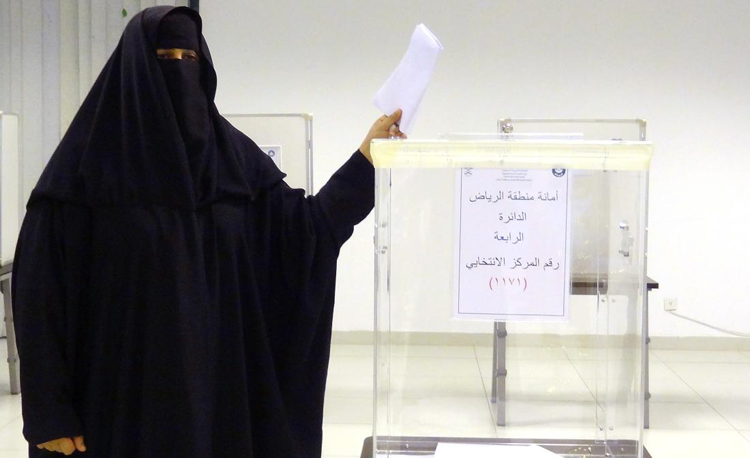 This year witnessed another sad incident in Makkah where a crawler crane collapsed in Al Masjid Al Haram, killing 111 people and injuring 394 during the Hajj season in September due to heavy winds and rain. Since that incident, strict measures have been taken by the Custodian of the 2 Holy Mosques, King Salman bin Abdul Aziz to make sure it doesn’t happen again. 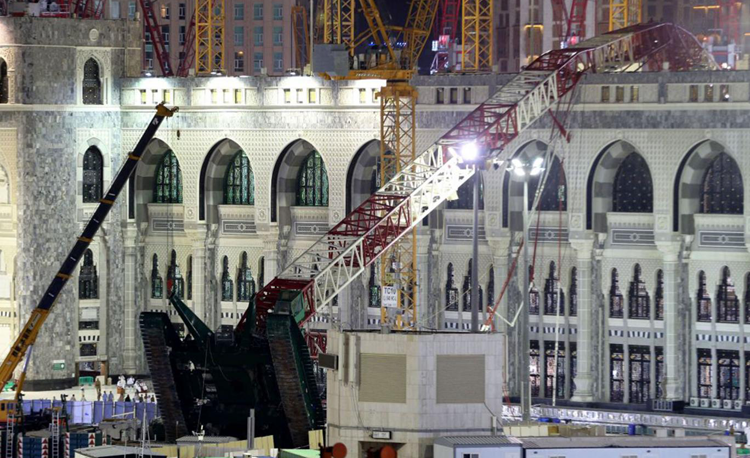 In addition to the crane accident, a crowd collapse and stampede in Mina on 24th September 2015 caused at least 2,236 deaths, making it the deadliest Hajj incident in history. This has pushed the Government to continue in their efforts to understanding the cause of the accident and how to avoid it in the future. 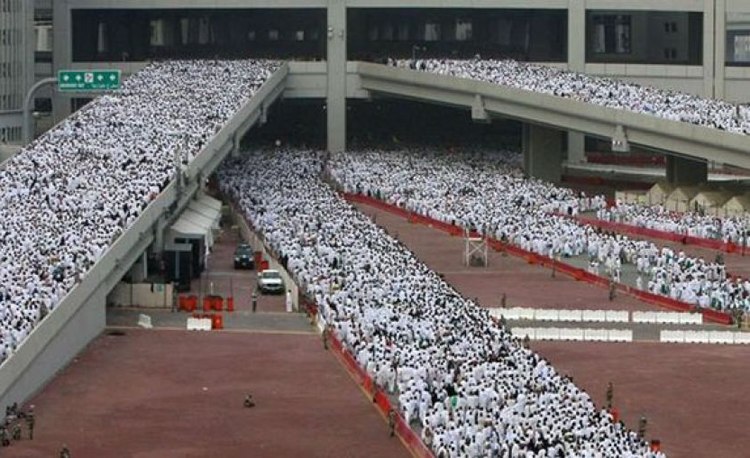 Because of the unfortunate situation in Syria, Saudi Arabia is providing aid to Syrians with programs such as: 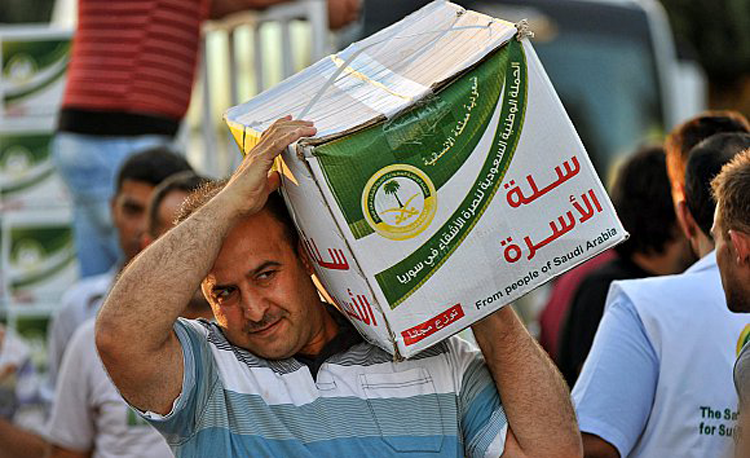 Jeddah is building the first ever marine park in KSA, in Dhahban. It aims to cover a total area of 110,000 square meters along the water front. 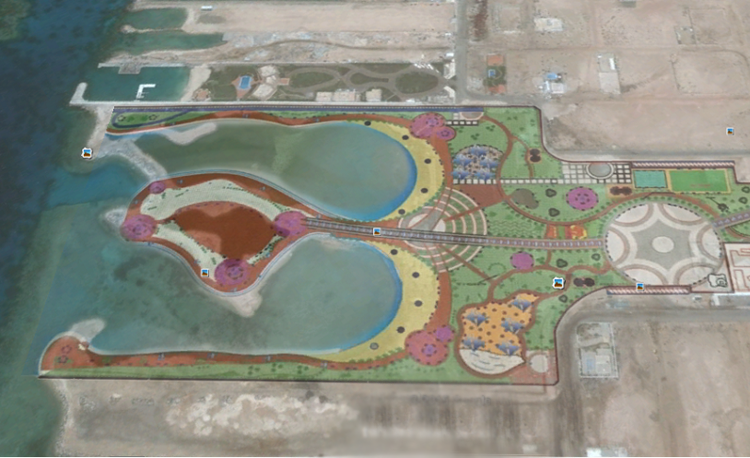 For the first time in Jeddah, the Italian Bellucci Circus was in town from July 17th to September 17th. Filled with entertaining and awe-worthy performances, it was hopefully the first of many more to come. 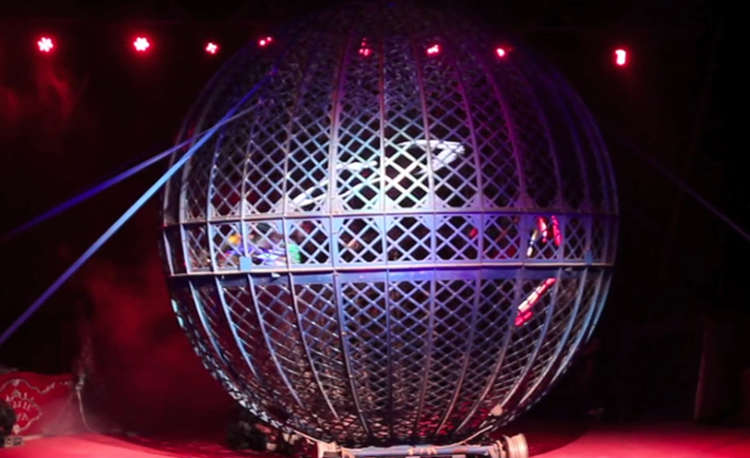 In September, the first ever GAP casting call happened in the Kingdom, auditioning kids and babies to model for GAP’s clothing line. 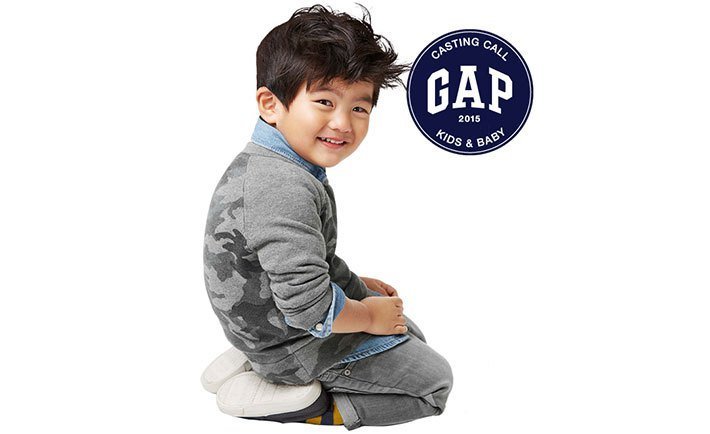 More tragedy struck this year with the passing away of Prince Saud A Faisal, the former Foreign Minister in July and Prince Bandar Al Faisal, renowned for his philanthropic deeds in November. 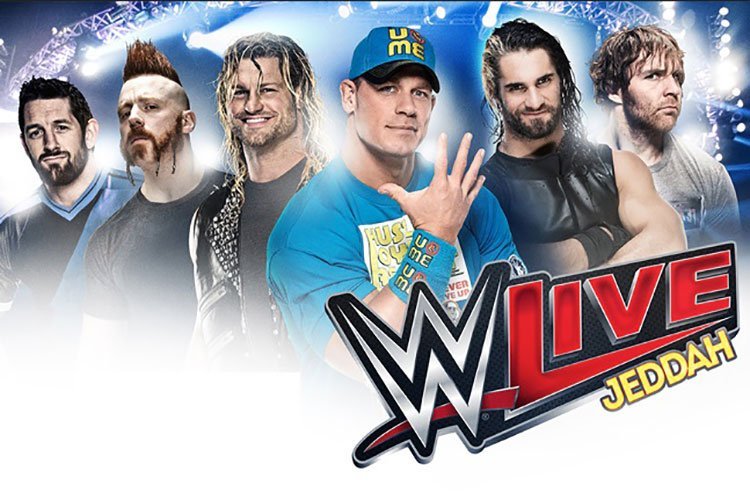 A premium luxury destination of choice in Jeddah called Boulevard was opened on 9 December, 2015. It is home to a variety of renowned international brands in a beautiful landscape-oriented venue. 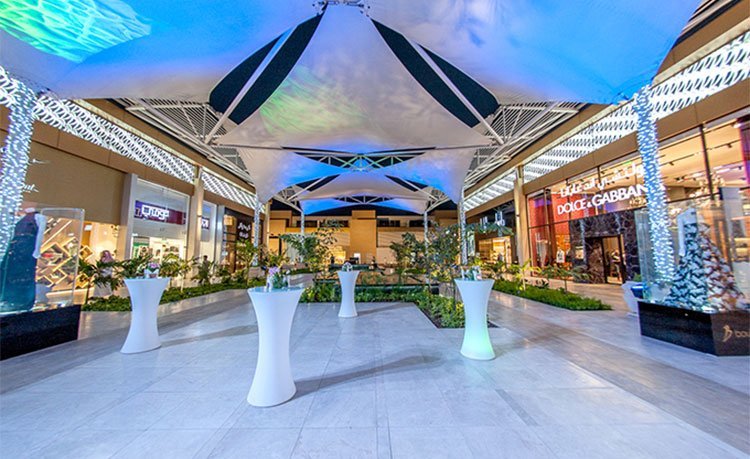 This gamers and developers community for women held its first ever session in Khobar on 8t and 9th December.

8,264 women gathered together to form the world’s largest Humanitarian Ribbon for breast cancer awareness on 12th December 2015, making it into the Guinness Book of World Records. 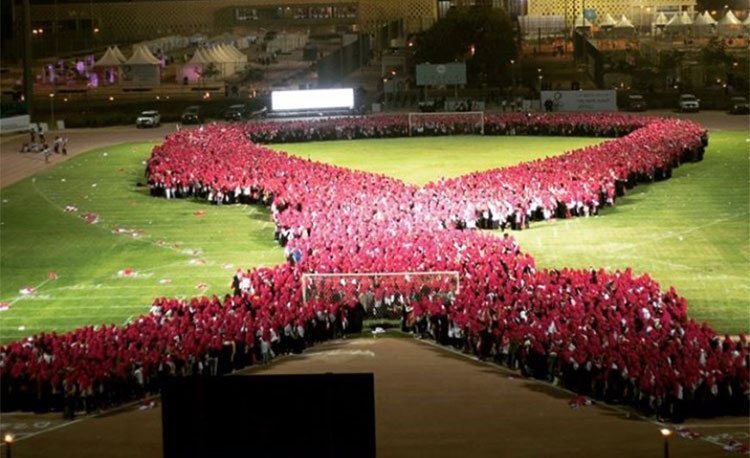 December 17th was a happy time for many as the first ever Puma Store opened in an exclusive store in Jeddah with the 2015 collection. The 2016 collection is soon to come with another branch opening soon in the city. 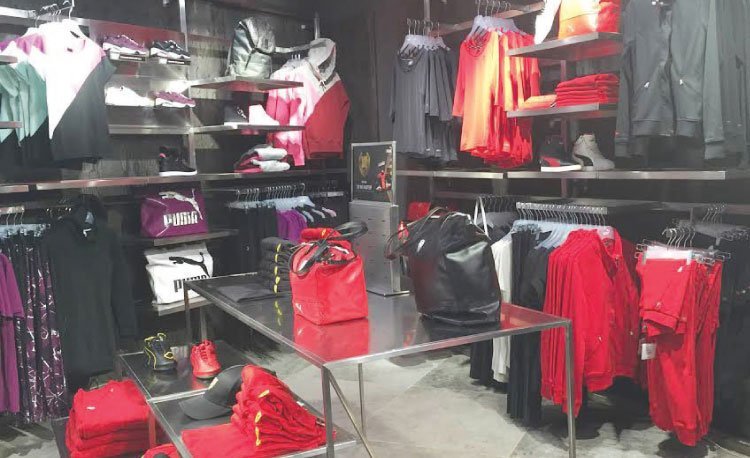 Jeddah witnessed its first ever annual book fair this year in South Obhur. It had publishing houses from all over the world displaying and selling books of all genres. It even had book signings and workshops for readers of all ages.

This year was big on ‘firsts’ with the Fakieh Planetarium opening in Al Shallal theme park in Jeddah. With stargazing at constellations, a space museum and experiencing the Space Port, the Planetarium has been a great addition this year. 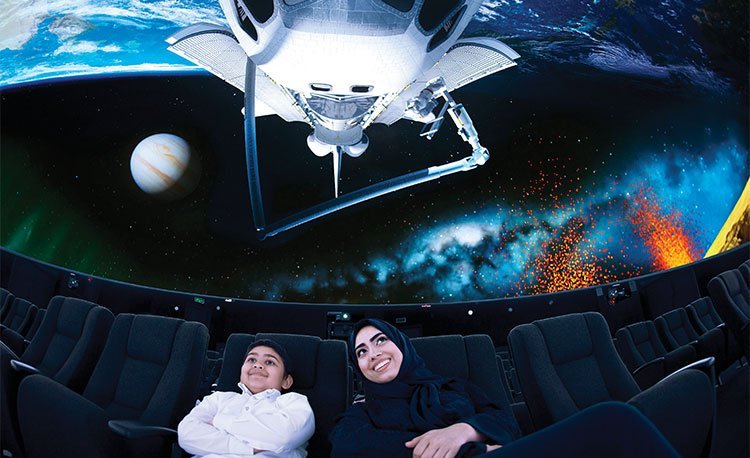 The Qaryat Al Asba was enlisted in the UNESCO World Heritage List as the ancestors of today’s Arab population have left traces of inscriptions in the form of passages on rocks in Hail. The inscriptions show numerous representations of human and animal figures over a 10,000 year period. 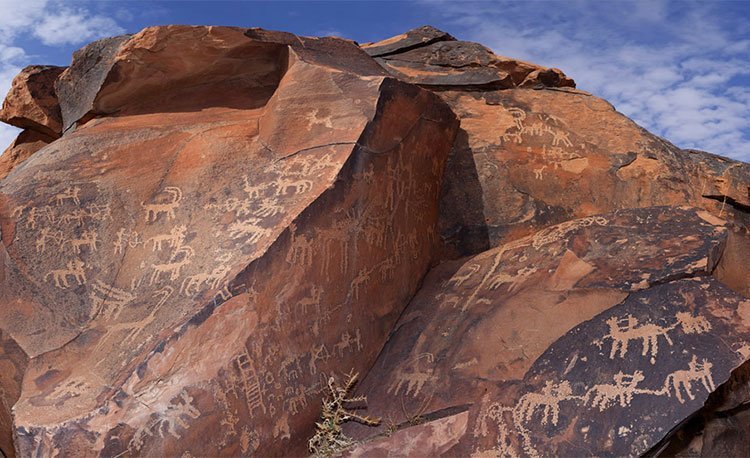