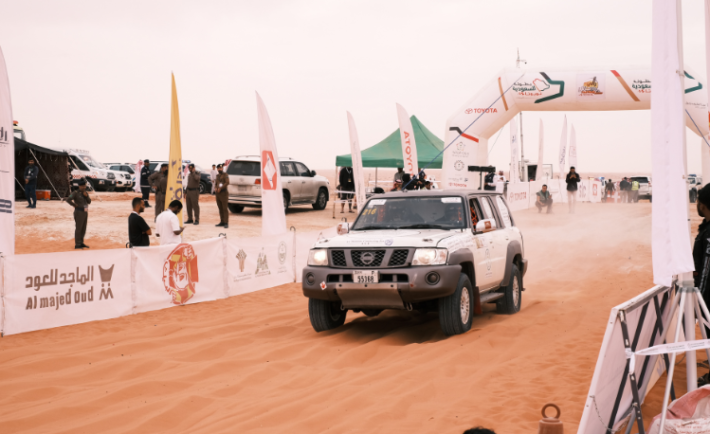 A step closer to the end of the world championship

Rally Hail 2022 ended with a staggering win for Yazeed Al Rajhi taking him one step closer to becoming the world champion. The 18th edition of the Hail rally saw a beautiful opening ceremony on Thursday November 10th with drivers expressing their excitement to be part of this special rally and to trek the amazing and challenging landscape of Hail. The first round of the race began on Friday 11th in Jubah, a city within the Hail region, with drivers taking on the dunes of the Hail desert. The weather was beautiful with scattered rains throughout the day, but not enough to affect the performance of the drivers. 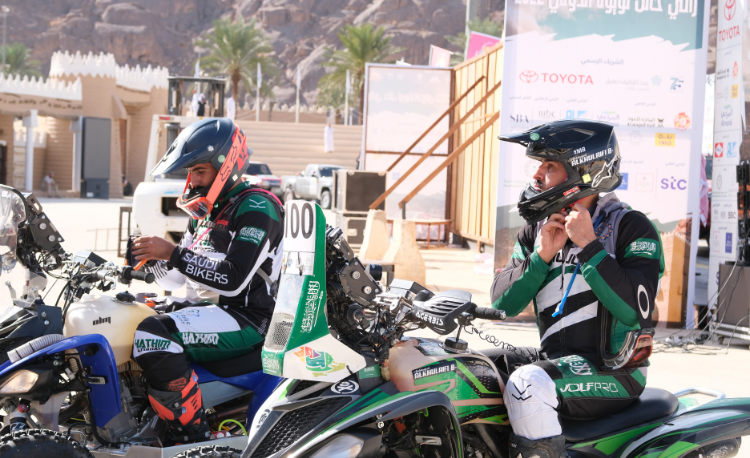 The first round was a 230 km race that began around 7am with the first departure of the racers, which reached the finish line at noon, followed by the rest of the drivers. Yazeed did not waste time to dominate the race and get past his competitor from Czech Republic Miroslav Zapletal and finishing with an impressive time giving him the advantage of being the first to start the race in the second round. Moreover, after having a quick conversation with the Saudi rally racer Mashael Obeidan at the finish line, she mentioned they faced an issue with the intercom but was quickly fixed throughout the race. “Overall we are very happy with the performance. It was an amazing stage.” 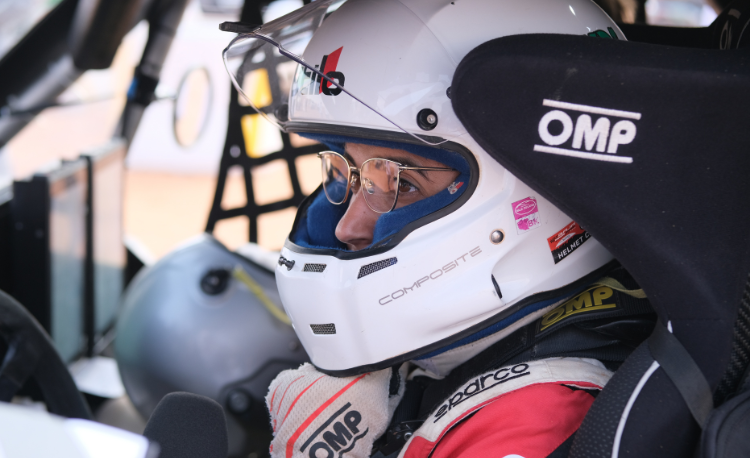 Mashael Obeidan at the finish line

Saeed Al Mouri, the driver from the eastern province in Saudi talked about his experience at the end of the first round saying, “It was very nice, we were cruising around more than going full speed.” Although he is participating in the world championship, he was more focused on the local championship and did not want to damage his car in order to stay in the title race. 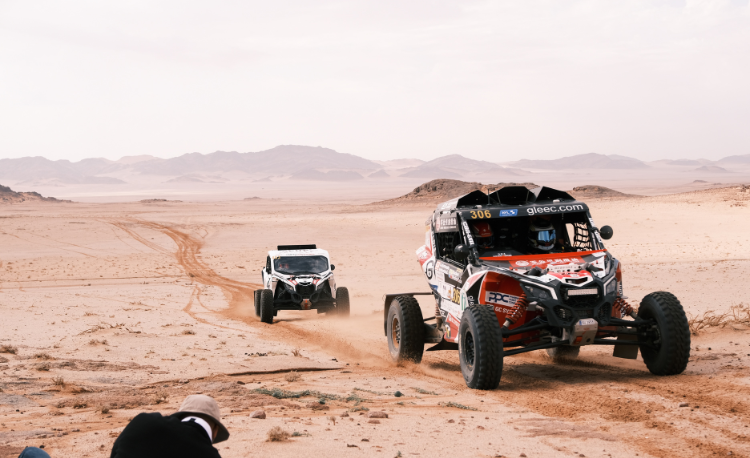 The second round was a bit different. It did not involve any sand dunes but it was more towards the mountainous side of Hail. The night before the start of the round, we saw some heavy rain and thunderstorms which made the drivers slightly change their strategy going forward with the race. The Hail scenery was out of this world with amazing mountains and beautiful terrains. We decided to find spots along the track and catch the drivers in action and while doing so, we discovered some of the most amazing views. 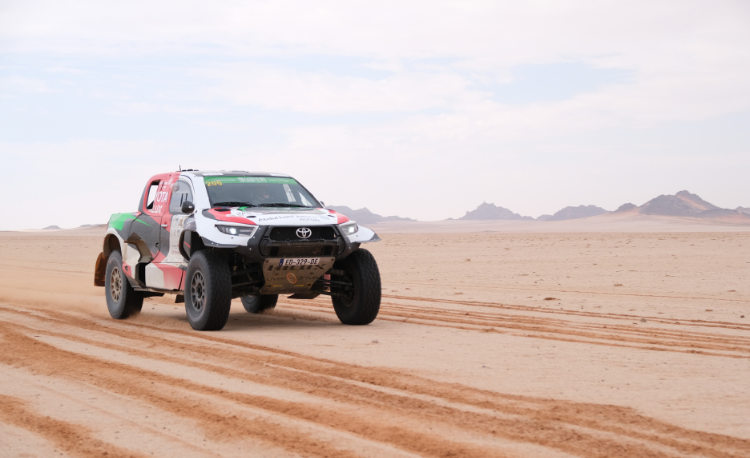 Yazeed Al Rajhi crossing in the second round

Yazeed again did not waste time to assert his dominance in the race and was one of the first to cross the finish line ahead of his aforementioned competitor. Throughout the race, we experienced heavy rain which might have bothered some of the drivers, especially the ones on motorbikes and quads, but that did not stop them from reaching the finish line. 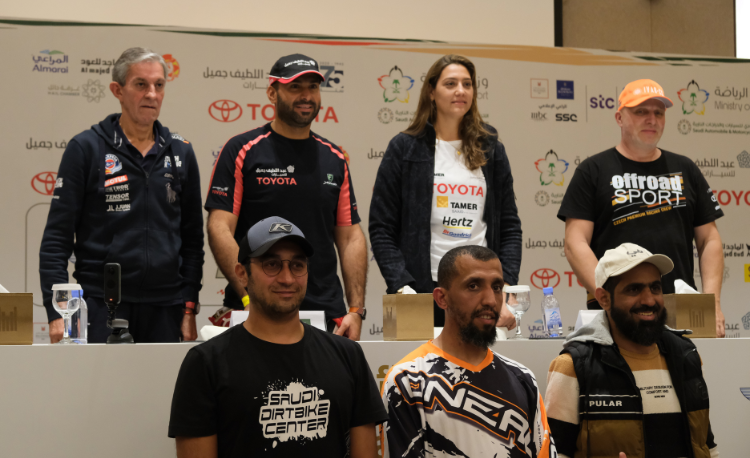 To conclude the Rally, a post race press conference was held at the Millennium hotel in Hail where the drivers answered some of the journalist’s questions with Yazeed discussing his position in the world championship and how that is his main focus from now on before the start of Rally Dakkar. Dania Akeel on the other hand was awarded the Middle East championship after her win in this race but is still fighting for the first position on the world rally championship with hopes to achieve a staggering win in the upcoming rally. And finally, Munif Al Shamri, the famous Saudi driver announced his retirement from racing in cars and is not looking to move to a different division such as motorcycles or quads to take on a new challenge. 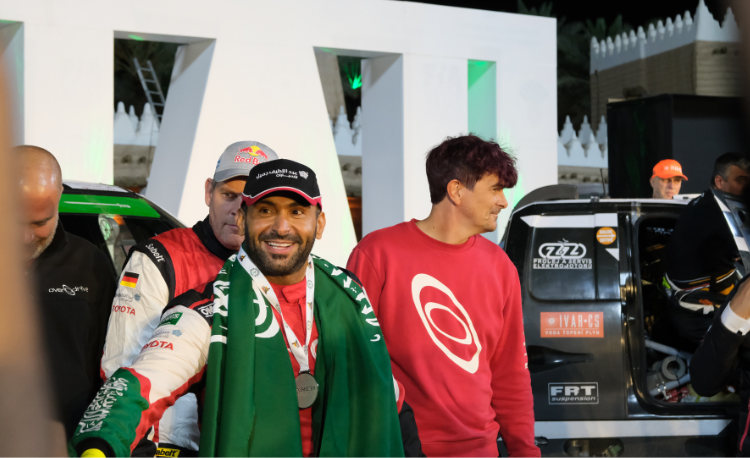 The closing ceremony saw a beautiful light show using some of the most advanced technologies followed by the crowing of the race winners with a special moment for Yazeed’s celebrations. Moreover, we saw the rest of the drivers taking their prizes and concluding this beautiful rally in Hail.

Overall, the race was quite exciting with minimal accidents. See you at the next Rally in Jeddah.