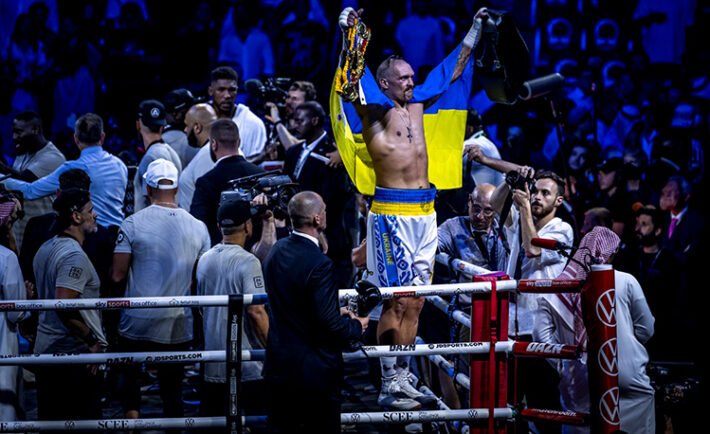 Anthony Joshua, for a second time to retain the unified World Heavyweight Championship.

Unquestionably the biggest boxing event of 2022 and one of the most eagerly anticipated rematches ever, the ‘Rage on the Red Sea’ lived up to its billing as the heavyweight fight everyone was waiting for. The headline bout, which capped off an outstanding night of professional boxing in a country fast transforming through sport, featured an epic encounter between two of the world’s greatest fighters, with Ukrainian Usyk, declared the winner by split decision after neither man could secure victory within the 12-round distance. 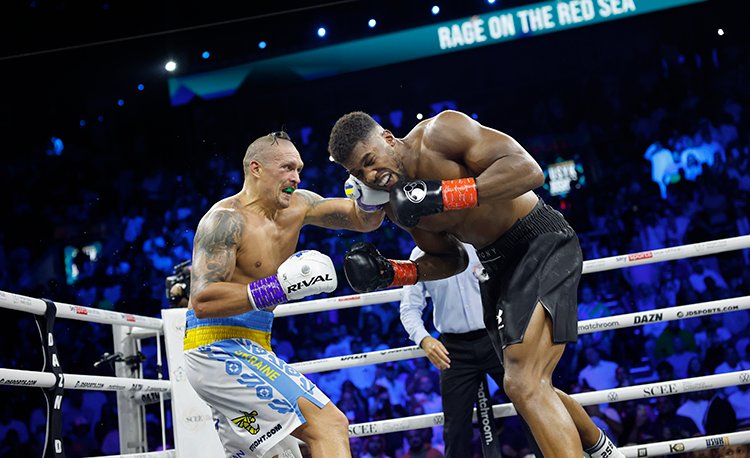 Official weigh in, ahead of the Rage on the Red Sea heavyweight fight between Anthony Joshua and Olexander Usyk in Jeddah, Saudi Arabia, Wednesday 19th August 2022

Usyk once again showcased why he is widely considered the pound-for-pound best fighter on the planet, delivering yet another boxing masterclass by utilizing his skill, speed, movement, and punch precision – which ultimately secured the victory. While one ringside judge scored the bout in favor of Joshua by 115-113, the two others sided with Usyk by 115-113 and 116-112, extending the defending champion’s undefeated record to 20-0, KO13.

With the win, Usyk successfully defended his WBA ‘Super’, IBF, WBO, and IBO titles for the first time having won them from Joshua in his last outing in September 2021, as well as winning the prestigious Ring Magazine title recently vacated by WBC belt holder Tyson Fury. 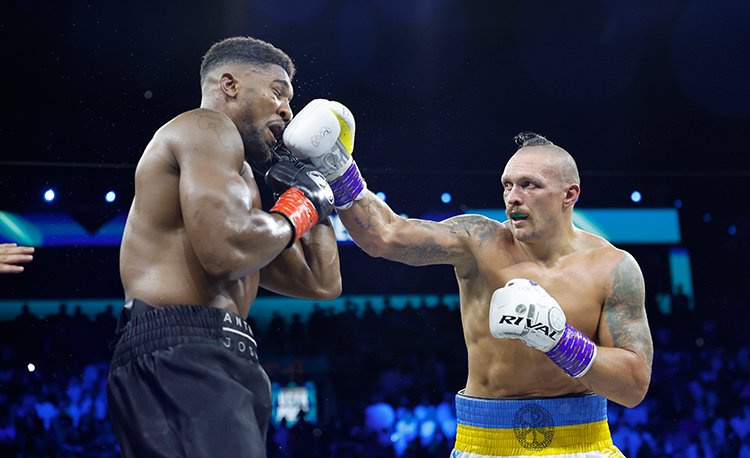 “I boxed for the whole of Ukraine tonight,” Usyk declared in the aftermath of his successful title defense. “The victory was extremely important for me, my team, and my country. Because of this, the fight was different than the first [with Joshua] although I was able to control my emotions. In round eight, I believe I saw in his eyes that he was feeling victorious, and in round nine he surprised me. I just kept telling myself ‘you cannot stop, you cannot stop’. Some big things were at stake tonight and in the end, belts are coming back to Ukraine.”

In addition to Usyk’s contributions to the event, enormous credit was also given to former two-time world heavyweight champion Joshua, whose efforts helped ensure that Rage in the Red Sea will leave behind a lasting legacy for boxing on home soil and foreign shores alike. The Briton delivered a much-improved performance from the Usyk vs Joshua 1 meeting billed as ‘The Perfect Storm, making a bright start and enjoying particular success in round nine, where he appeared to cause his opponent problems. However, he was unable to reclaim the titles and become a three-time champion on this occasion. 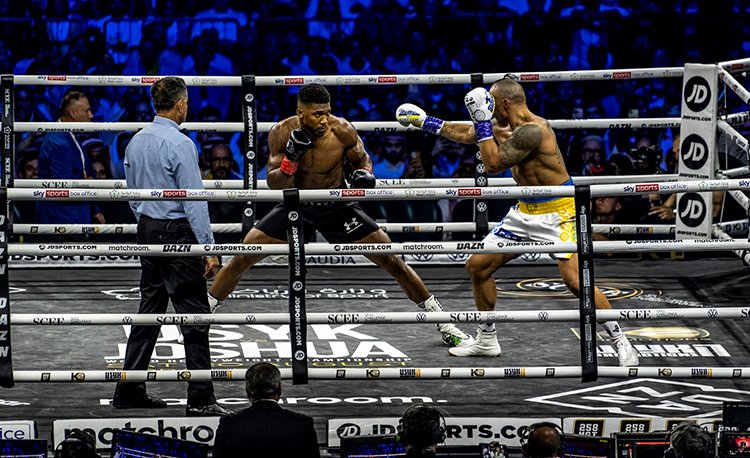 “As a competitor, I’m upset deep down in my heart because I wanted to win, but Oleksandr Usyk deserves every bit of credit for the victory,” he said. “It takes a lot to step up in weight, challenge yourself in a new division, and become champion. I adapted tonight to give him a more competitive fight. I made changes and left everything in the gym and the ring. Both nights we’ve met in the ring, he has done well, so congratulations to him. He’s a great fighter.”

Elsewhere, the undercard also provided plenty of action throughout the night. More history was made when Ramla Ali and Crystal Nova Garcia took to the floor for the first professional women’s fight in the Kingdom of Saudi Arabia, with Ali taking a dominant knockout in the first round. To the delight of the home crowd, Ziyad ‘Zizo’ Almaayouf matched Ali’s first-round knockout in his professional debut against Hector Alatorre. 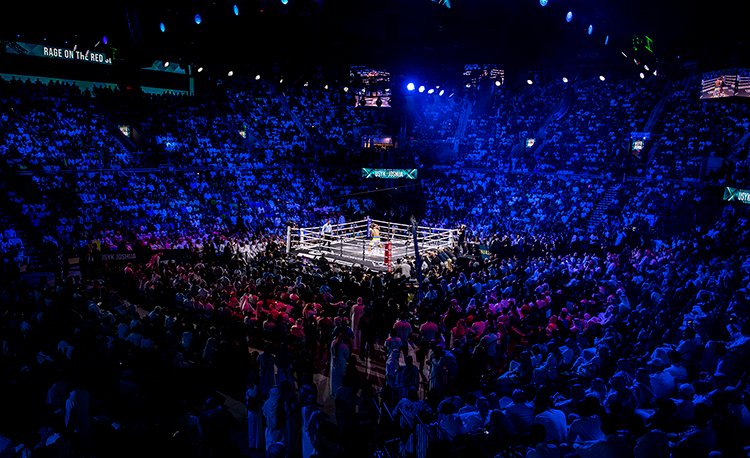 Later in the billing, Badou Jack bested Richard Rivera in a split decision thriller, whilst Callum Smith provided one of the most impressive performances of the night with a fourth-round knock-out against Mathieu Bauderlique. The co-main bout between Filip Hrgovic vs Zhilei Zhang provided the perfect 12-round warm-up to the World Championship thriller, with Hrgovic claiming a unanimous decision win over the Chinese boxer in the epic IBF heavyweight eliminator.

The latest international sports event to take place in Saudi Arabia, Rage on the Red Sea has been held under the patronage of HRH Mohammad bin Salman and in line with the Kingdom’s Vision 2030 ambitions. Vision 2030 aims to improve the quality of life of residents and visitors to the Kingdom by developing a vibrant environment for participation and spectatorship in sports and entertainment whilst aiming to transform the Kingdom for a post-hydrocarbon era.

Skill Challenge Entertainment (SCEE), supported by the Kingdom’s Ministry of Sport, secured the global rights to deliver this memorable event to the world.