King Salman presides over Ground-breaking Ceremony for the new entertainment, sports and cultural destination west of the Saudi capital.

King Salman bin Abdulaziz, officially launched Qiddiya, the entertainment, sports and cultural destination that will be the first of its kind in the Kingdom yesterday. Spanning an area of 334 square kilometers, the new destination is just 40 kilometers west of the Saudi capital, Riyadh.

The Ground-breaking Ceremony was conducted in the presence of Crown Prince Mohammed bin Salman bin Abdulaziz, Deputy Prime Minister, Minister of Defense and Chairman of the Public Investment Fund, as well as several princes and ministers and an audience of 300 dignitaries from around the world. King Salman placed the last baton of the Qiddiya logo, triggering a spectacular firework show that lit up the sky outside the capital and dramatically illuminated the Tuwaiq Mountain cliffs overlooking the site.

The Public Investment Fund (PIF), which supports the project, affirmed that Qiddiya is a cultural, recreational and social achievement that strengthens the rich fabric of Saudi Arabia and meets the growing needs of Saudi citizens to develop their hobbies, test their talents and enjoy domestic tourism and leisure activities. Qiddiya will also be a significant addition to the Saudi economy and will enhance national income sources. More importantly, it is the center of a completely new economic sector that will also lead to the emergence of additional sectors and services as it develops.

The Ground-breaking Ceremony included the national anthem at the arrival of King Salman at the ceremony site, followed by a recitation from the Holy Quran, and then by an opening address from the CEO of Qiddiya, Michael Reininger.

Saudi rising talent then took the stage with Aa’ed Yousef performing a song with lyrics written by Prince Bader bin Abdulmohsen as a present to King Salman. The display of Saudi talent highlighted the opportunity that Qiddiya will present to develop the abilities of young Saudis.

The Ceremony included a three-act show that took the audience through time, examining Saudi Arabia’s past, present, and future growth.

The first act began with a story about an elderly man’s memories of Saudi Arabia as he reflected on what life was like for him as the country developed. He then moved on to his thoughts about the present day, the changes that are taking place, and then to the future, the country’s wise leadership and the direction the country is now moving in, as it realizes its potential and works to realize the goals of Vision 2030.

The second act featured a video focusing on the tourist attractions that visitors will find at Qiddiya, from theme parks and nature encounters to sporting activities. The audience was immersed, through a spectacular visual presentation projected onto the walls of the venue, in a display of what will be offered at Qiddiya. 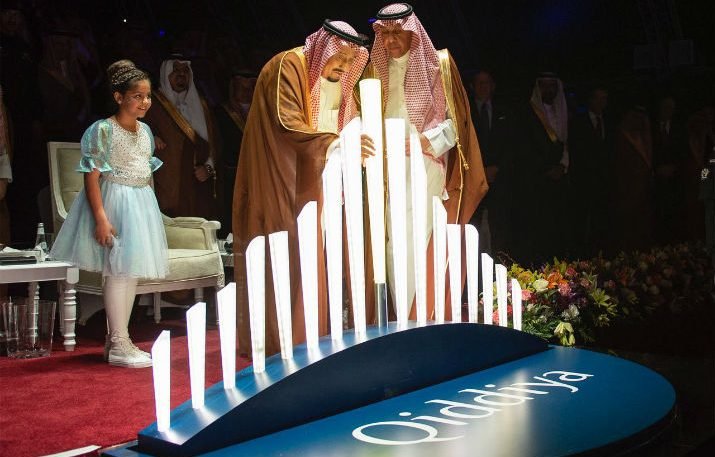 The show ended with Act 3 as King Salman placed the last piece of the Qiddiya logo, which will be the inspiration guiding the project.

The CEO of Qiddiya, Michael Reininger, commented: “In creating Qiddiya, we are building a brighter future. One filled with culture, sports, entertainment, and the arts that responds to the Saudi people’s desire for new and accessible activities that enrich their lives.”

Reininger added: “Qiddiya will also create a self-sustaining ecosystem. Based on our five cornerstones, which are parks and attractions; motion and mobility; nature and environment; sports and wellness; and culture, arts, and education, our development will be supported by retail, residential, and hospitality offerings to form a fully-integrated entertainment destination.” 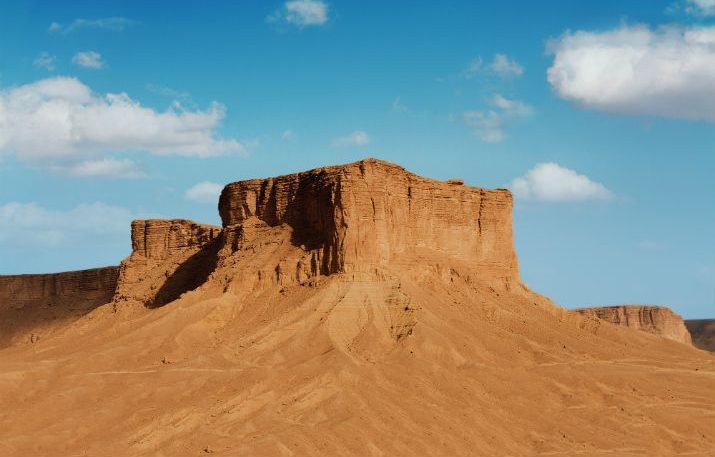 “With nearly two-thirds of the Kingdom’s population under 35 and over 7 million people residing within 40 kilometers of this location, international investors are taking note of this powerful, untapped market, right here, on the doorstep of Riyadh,” he said.

Visitors to Qiddiya will have access to groundbreaking entertainment, sporting, and cultural attractions across innovatively designed facilities focusing on: theme parks and entertainment centers; sports amenities capable of hosting international competitions, and training academies; desert and asphalt tracks for motorsport enthusiasts; water and snow-based recreation; outdoor and adventure activities alongside nature and safari experiences; and an array of historical, cultural and educational activities and events. There will also be malls, restaurants, cafes, hotels and real estate projects, and services to cater for all segments of society.

The project will allow the domestic economy to recapture billions of dollars spent annually by Saudis on foreign tourism, by providing world-class entertainment options to the Saudi people. These funds will remain in the Kingdom to be reinvested for the benefit of citizens.

About Qiddiya
The vision of Qiddiya is to be the iconic entertainment destination of the Kingdom, the home of activity, discovery, and engagement. Backed by the Saudi Public Investment Fund, Qiddiya is a transformational project that will be built 40km from downtown Riyadh, with a total area of 334 km2. Visitors will have access to ground-breaking recreational and educational facilities across six innovatively designed clusters focusing on high-end theme parks and entertainment centres; numerous sports arenas capable of hosting international competitions and world-class training facilities and academies; desert and asphalt tracks for motorsport enthusiasts; water and snow-based activities; outdoor and adventure activities alongside nature and animal safari experiences; and an array of historical, cultural and educational activities and events. The first phase of the development is to be completed in 2022.