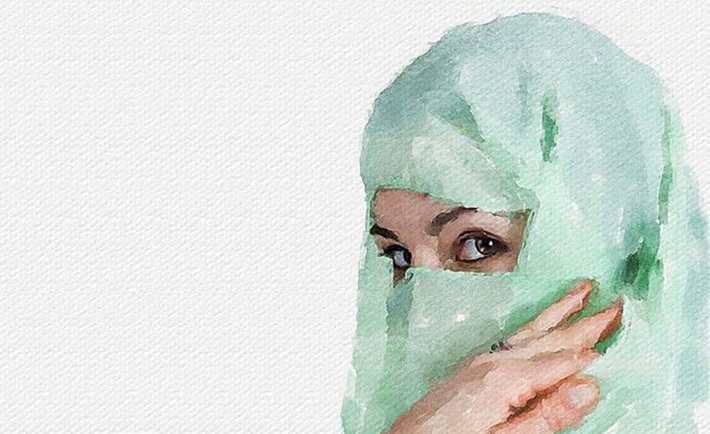 “Then We sent to her Our Angel [i.e., Gabriel], and he represented himself to her as a well-proportioned man.  She said, ‘Indeed, I seek refuge in the Most Merciful from you, [so leave me], if you should be fearing of God.’  He said, ‘I am only the messenger of your Lord to give you [news of] a pure boy [i.e., son].’  She said, ‘How can I have a boy while no man has touched me and I have not been unchaste?’  He said, “Thus [it will be]; your Lord says, ‘It is easy for Me, and We will make him a sign to the people and a mercy from Us.  And it is a matter [already] decreed.’”  So she conceived him, and she withdrew with him to a remote place.” (Quran 19:16–22)

Maryam RA, was the mother of Prophet Isa AS, who never married in her lifetime. Hence, she was astonished when angel Jibrael informed her that she would bear a son.

[Jesus] said, ‘Indeed, I am the servant of God.  He has given me the Scripture and made me a prophet.  And He has made me blessed wherever I am and has enjoined upon me prayer and zakah as long as I remain alive. And [made me] dutiful to my mother, and he has not made me a wretched tyrant. And peace is on me the day I was born and the day I will die and the day I am raised alive.’” (Quran 19:26-33)

Prophet Isa was a miracle child who spoke words when he was just a baby, defending his mother from any accusations of immoral behavior.

And (remember) when the angels said: “O Maryam (Mary)! Verily, Allah has chosen you, purified you (from polytheism and disbelief), and chosen you above the women of the ‘Alamin (mankind and jinn) (of her lifetime).” Quran (Surah Aal-e-Imran, Verse 42)

Maryam RA, the daughter of Imran RA and Hannah, was extremely pious and one of the greatest women in Islam. Maryam’s mother was quite old when she conceived her, and prayed to Allah that if he gave her an offspring, she would dedicate her child to His worship and in taking care of the holy Masjid Al-Aqsa in Jerusalem.

Indeed, Maryam RA lived up to her mother’s promise who devoted herself to the worship of Allah.