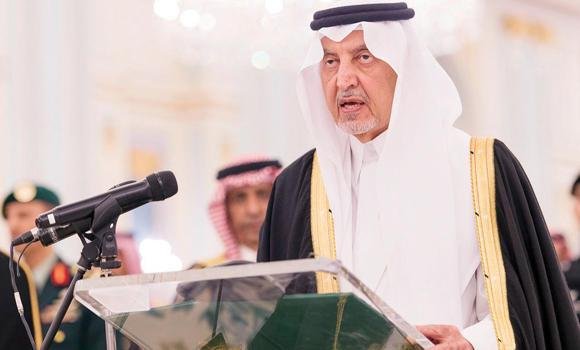 Rarely can one find a personality who remains steadfast to the traditions and culture of their origin and yet progresses and moves parallel with the development and advancement of the modern times. Prince Khaled Al-Faisal, an Oxford University graduate, is one such exception who lives in harmony with his heritage and the norms of the present world.

Prince Khaled Al-Faisal Bin Abdul Aziz was born on the 24th of February, in the year 1940, in Makkah. He is the son of the third king of Saudi Arabia; King Faisal Bin Abdul Aziz. Currently he holds one of the most prominent and prestigious positions in the government as the Governor of Makkah region. The region constitutes of two major cities in Saudi Arabia – the Holy city of Islam, Makkah, and Jeddah, the hub of trade and development activities. He is also the Director General for the world’s largest humanitarian and charitable organization “The King Faisal Foundation” and the founder of one of the nation’s most informative Arabic newspapers called “Al-Watan”.

Besides leading a vast and productive political career Prince Khaled Al-Faisal has major contributions and initiatives to his credit in the fields of arts and poetry. On a global level he instigated one of the biggest cultural exchange projects by the name of “Paintings and Patronage” in the year 1999 in collaboration with its founding chairman Mr. Anthony Bailey. The exhibition showcased paintings by Prince Khaled Al-Faisal and many other prominent artists from Britain. The primary purpose of this initiative was to establish an understanding of the diverse cultures and traditions between the Arab world and the Europe through art. Its first exhibition was held in London in the year 2000, which was attended by Queen Elizabeth II and the Prince of Wales.

In his early teenage years, Prince Khaled Al-Faisal started writing poems while studying at Taif Model School. “One day, I was overwhelmed by an incident and I felt the words flowing out, expressing what was inside me in praise of the surroundings.” Prince Khaled continues, “I was not trying to be a poet because there were other poets in the family, especially my mentor brother, Abdullah. I don’t know how emotions and sentiments flooded and formed a stream of poetry within me.” His poetry, like his paintings, is inspired by the beauty of the region he governed for thirty-six years – Assir – and the love for his country. His patriotism is reflected in the following verses by him:

“My father and grandfather are my ideals. There is no one like them. My people are proud of their religion, spear and shiny sword. There is no servile person in my Community”