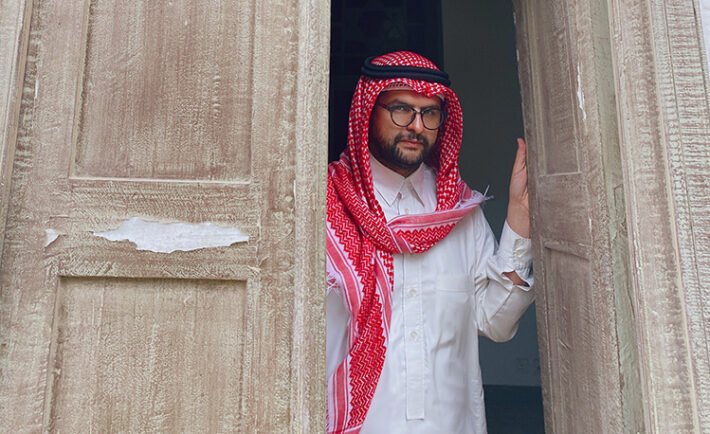 Passionate about art from a young age, entrepreneur Abdullah S. Al Hodaif has taken his passions and turned them into a way to conserve and transform Jeddah’s heritage into a vibrant art scene.

Abdullah believes that cultural projects have a role in shaping the artistic and cultural movement in any country and significantly influence spreading local culture and identity internationally.

Not only has Abdullah been collecting vintage artwork from a young age, but he has also redecorated four separate buildings in the historic Al-Balad. One is Bait Al Hodaif, a non-profit organization with a small museum displaying Hijazi heritage items such as artwork, magazines, and games from the 1910s to 1980s.

Along with this, Hodaif holds annual campaigns to redecorate the streets of Jeddah, as well as creating artwork in more impoverished areas of the city and hosting recycling workshops for children there.

Abdullah has now opened the first private cultural center in Makkah, named BeBakkah Cultural Project. With these initiatives in mind, Hodaif does not wish to bring back the past but to combine the old with the new to allow the youth to appreciate the art in a historic site. All while instilling the value of peace through art.