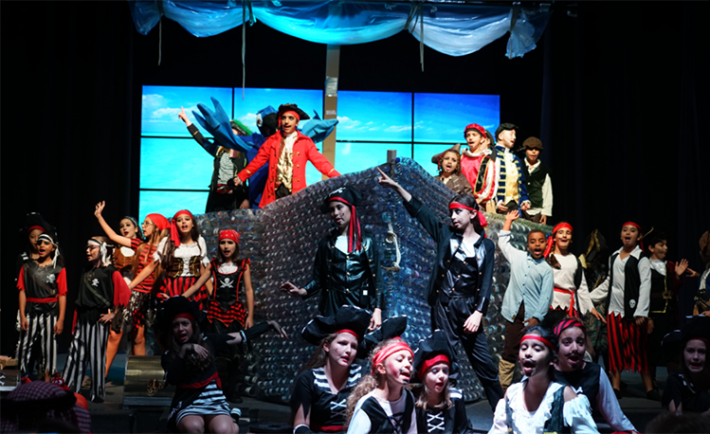 BISJ’s Primary School Show was all about raising awareness of the world wide problem and growing issue of the plastic pollution in our seas.

Living right next to the Red Sea gave an ideal opportunity for the writers and Producer, Miss Jo Rogers, Mrs. Jay Walker and Mrs. Sonja Sutcliffe respectfully, the backdrop to create a show with a hard hitting message. The slogan ‘Resolve to Reduce’ became the catch phrase and audiences amounting to over 1000 people were asked, what plastic will you resolve to reduce in your life? 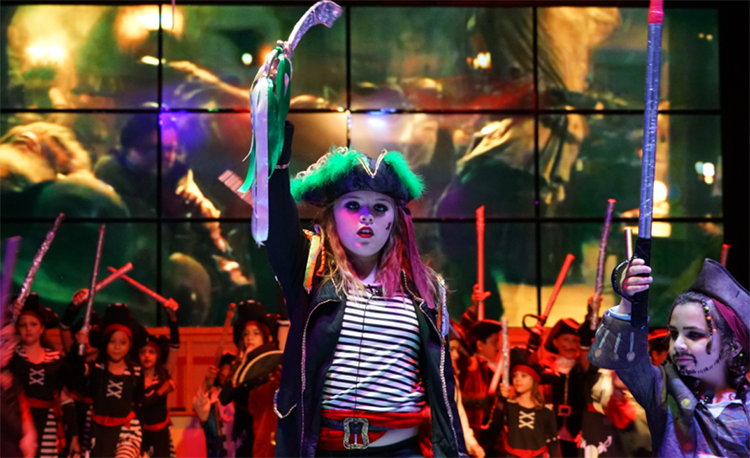 The cast of 93 children performed a swashbuckling musical full of colour and pirate action over the course of four performances. The singing and acting was outstanding, especially when you considered that the youngest actor was only 7 years old and the oldest, only 11 years old. The set was created by Mr. Steve Wise and was built entirely of recycled past sets and collected rubbish from the school community. The boat on stage had tremendous impact, covered entirely with plastic bottles. 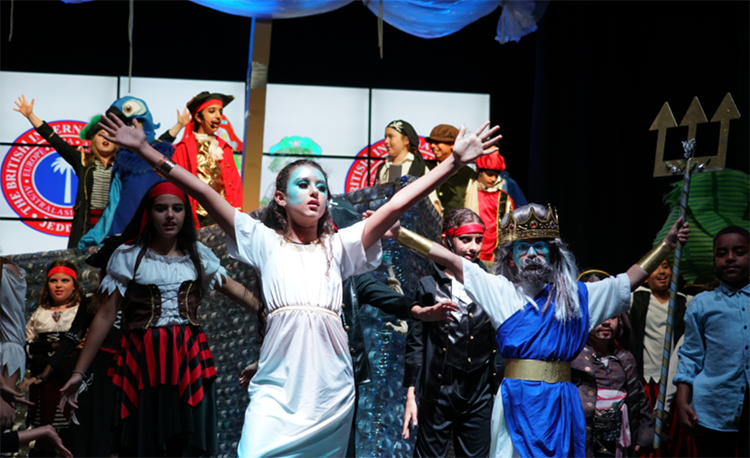 BISJ Primary has quite the reputation of creating high quality shows where the action and entertainment is not only limited to inside the performance hall, but extends to the outside areas as well. This year was no exception and the audiences, on arrival to the school, were transported to the age of the Pirates and were greeted by live Parrots, from Rio Team, a full size ship built entirely from cardboard boxes, thanks to Julian Barnsley, real live pirate teachers and several stalls in the make-shift ‘port’ area. 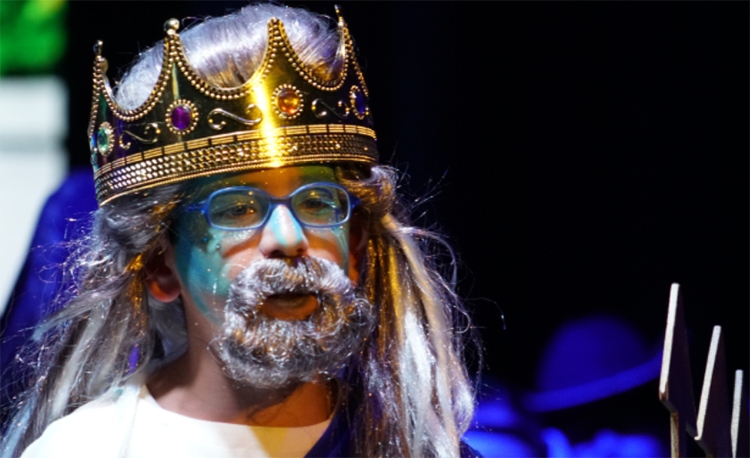 Through the assistant Producer Mrs. Jumanah Nassief, the school connected with many local environmentalists and plastic reduction warriors such as The Hejaz Ploggers, and Mr. Khalid Al Dahlawi and several other collaborators helped spread the important message. Nissan took a small group of the Cast and a member of the Hejaz Ploggers into the desert and they spent a few hours cleaning up a beach. 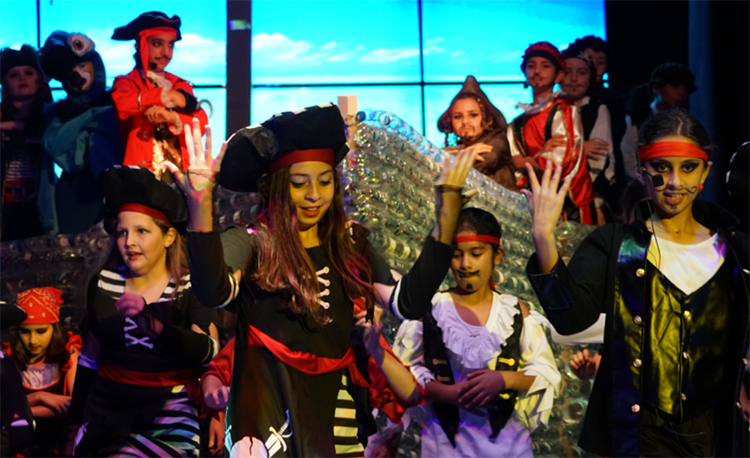 It was overwhelming how much plastic and other rubbish they collected in such a short space of time and only covering a relatively small area of the beach. Other collaborators who demonstrated how to recycle their plastics were On the Go salads and NAI and of course LUSH who are far ahead in the ‘Resolve to Reduce’ drive give us samples of beautiful soaps and bath bombs, which of course immediately reduces the need to buy shower gels in plastic bottles! 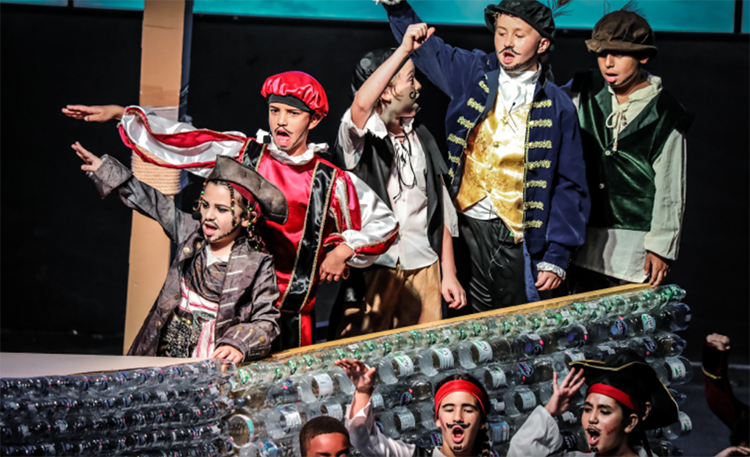 By 2050 research tells us that there will be more plastic than fish in the Oceans. 8 million metric tons of plastic enters the ocean from the land every year. You only need to keep your eyes on the landscape when you drive around Jeddah and look and see how many plastic bags you see floating in the air or stuck to the land, these inevitably end up in the Red Sea. Plastic creates $13 Billion of damage to marine ecosystems annually. BISJ Pirates called for Jeddah to get serious about recycling plastic or better still reducing its use in the first place, and to have more laws on controlling the littering of the streets. 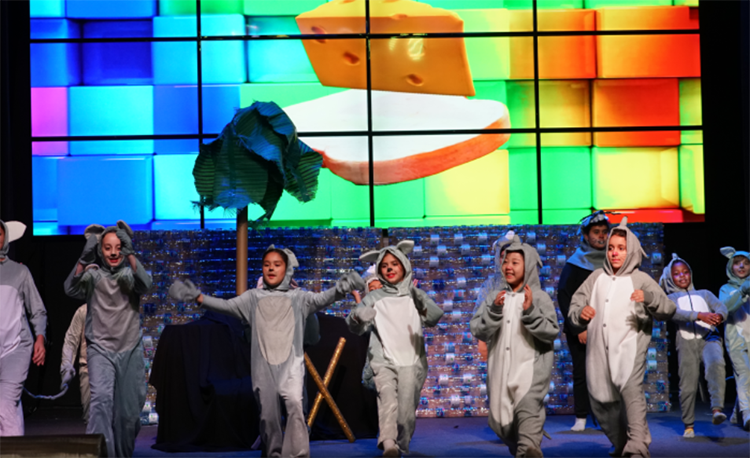 BISJ Primary Cast and Production Crew were passionate and serious in delivering the message of ‘Resolve to Reduce’ and we sincerely hope that we can all join in this drive and make changes sooner rather than later to save not only the Red Sea, but our Oceans and seas worldwide. Every little helps!