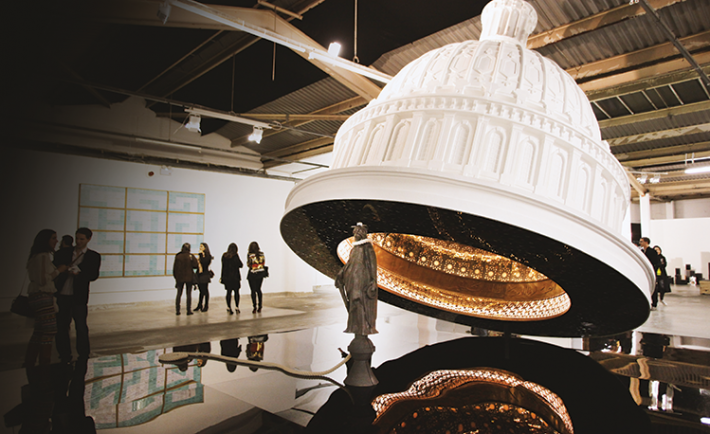 The upward trend will only continue, due, in large part, to Mohammed bin Salman’s staunch advocacy of the arts. The forward-looking young Crown Prince has made the visual and other creative arts an integral pillar of his ambitious Vision 2030 national plan aimed at both the diversification of the economy and general societal reform. The government has earmarked 64 billion dollars to invest in the culture and entertainment sectors over the next decade, while the General Culture Authority (GCA), established in 2016, is planning 100 cultural events across the Kingdom in the coming year alone. Artists and other cultural workers are all abuzz with hope and excitement.

The two most important state-funded institutions placing contemporary art center stage of the country’s economy and culture are The King Abdulaziz Center for World Culture (Ithra) and the Misk Art Institute. 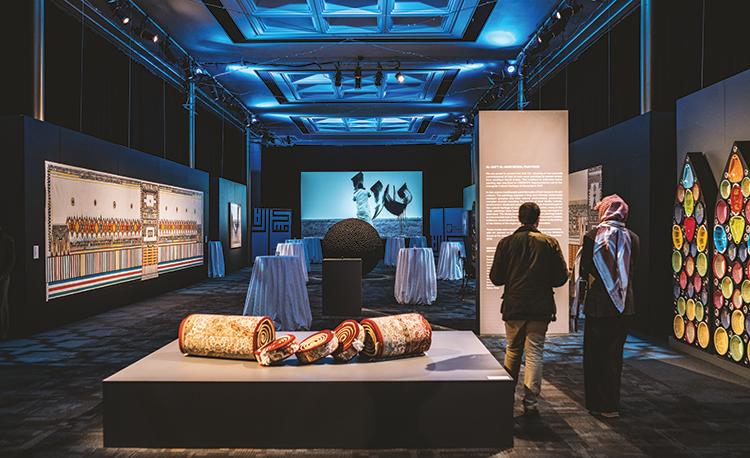 If the former, inaugurated by King Salman on December 1, 2017 foretells what’s to come, the future of Saudi art, design, and creative thinking bodes extremely well.

Based in Dhahran, and backed by Aramco, Ithra includes museums, exhibition spaces, an auditorium, a cinema, a library as well as the Idea Lab, dedicated to research in technology, science, and the arts. Ithra’s program serves as a catalyst for innovation and the empowerment of national talent, particularly among the youth. Its local agenda is coupled with an international one. The center, equally a global platform for cultural exchange, has organized several global exhibitions.

The Misk Art Institute was founded by the Crown Prince as part of the Misk Foundation in 2017. Committed to heightening global recognition of Saudi art and optimizing art’s function as a form of soft power diplomacy, the artist-led institute has already collaborated with at least twenty partners, including Art Dubai and the Metropolitan Museum of Art.

Within Saudi Arabia, the Misk Art Institute aspires to promote social awareness of the arts as a viable profession and reframe art as an important, inherent element of life and culture. 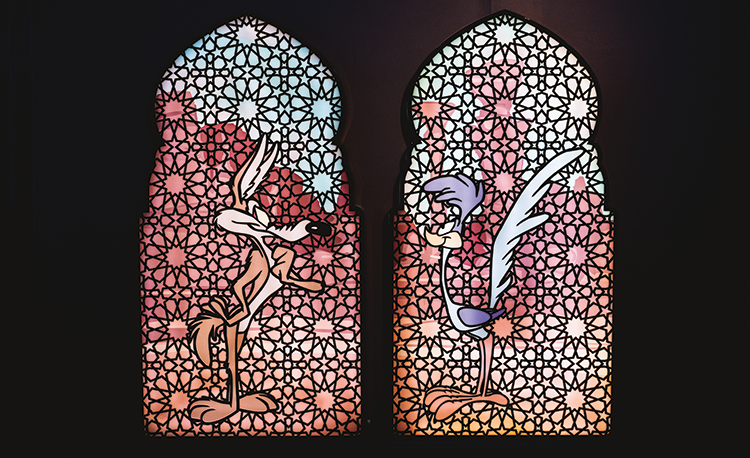 Headquartered in Riyadh, it will be opening a large cultural centre in 2020 encompassing exhibition spaces and artist studios, the latter particularly fulfilling a critical need in the sector.

Ithra and the Misk Art Institute are powerhouses redrawing the Saudi socio-cultural and artistic landscape at the local, regional, and international levels. However, they would not have been possible had the terrain not already been prepared in the last decades by a rich grassroots contemporary art and design scene, based in Jeddah and other cities like Abha or Riyadh. The best indicator of this genealogy is the fact that Mohammed bin Salman has nominated internationally renowned Saudi artist, Ahmed Mater, associated with Edge of Arabia, to head the Misk Art Institute. 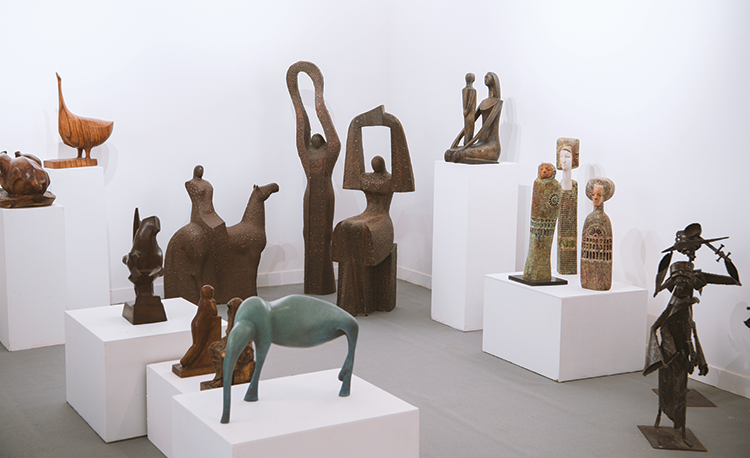 The former, initiated by Meet Aarnout Helb in Amsterdam, is a museum and research center whose matchbox size has not prevented phenomenal outreach. The foundation’s permanent collection is diverse: the artists represented include Abdulnasser Gharem, Reem al Faisal, Lulwah al Homoud or Sami al Turki. It is, however, the Edge of Arabia that incontestably placed Saudi Arabia on the art world map. Established in 2003 by British artist Stephen Stapleton and Ahmed Mater –then later joined by Abdulnasser Gharem— Edge of Arabia launched in 2008 with its exhibition at London’s Brunei Gallery that garnered a record-breaking 13,000 visitors in less than three months. Stapleton, now also the International Director of the Misk Art Institute, told me that, Edge of Arabia has garnered more than 1,750,000 visitors at its exhibitions, disseminated over 100,000 books and catalogue, and reached over 500,000,000 through media and marketing. Saudi Arabia possesses its own pre-modern and modern art traditions. It has, however, entered a new era in which the creative arts will play an increased role in collective identity, social change and the economy.

Private actors have jumped on board too, like Art Jameel with its Hayy Creative Hub set to open in Jeddah next spring. The 17,000 sqm. complex will house art and design galleries, comedy clubs, cafes, and a digital film studio. The secret of the Saudi contemporary art scene’s success is its bottom-up evolution.

That the government is now in tune with the initiatives, dreams, and visions of the country’s cultural actors who led the way further sculpts a propitious path for a colorful tomorrow.