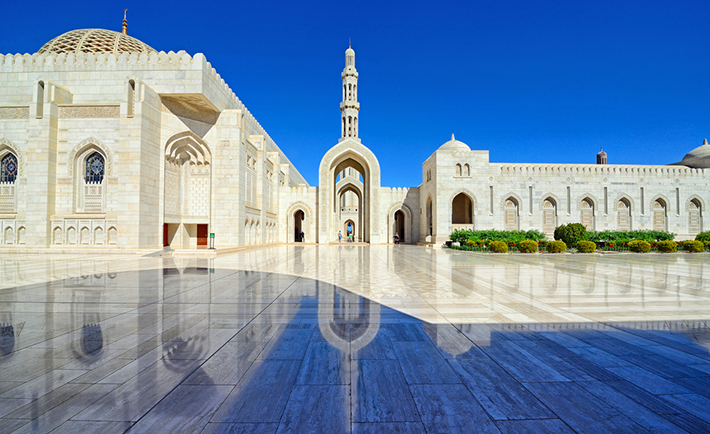 The Sultan Qaboos Grand Mosque in Muscat continues to be the benchmark for national mosques around the world. The mosque can be termed as truly global, starting right from its design to the various materials and expertise being sourced from all corners of the world.

The latticed dome rises over the sandstone walls that surround the mosque. The place is like a citadel with the mosque at its heart. It’s prized possession is its dome.

Despite being well-known, it’s not like the other national mosques and doesn’t display its grandiosity: the Sultan Qaboos Mosque is more subtle with the colors and designs trying to portray classic opulence. 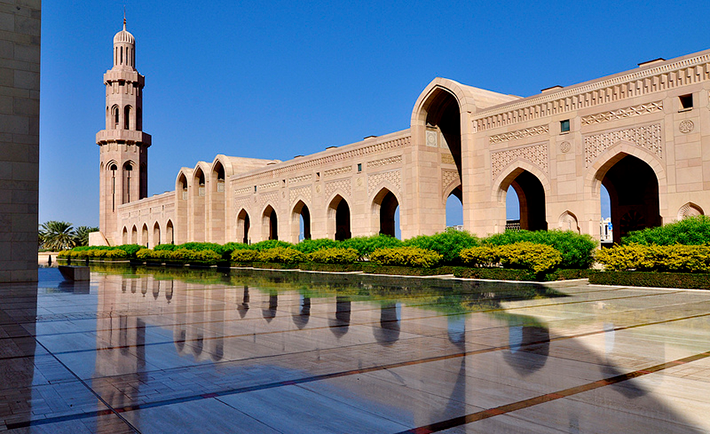 It has five minarets representing the five pillars of Islam. Four are placed on each corner and the fifth, which is the tallest one standing at a height of over 90 meters is at the entrance.

While walking through the outer arcades we observed the tile work on the sandstone walls. Some walls carried informative briefs about the mosque.

We entered through the grand doors of the main prayer hall and were in awe by the chandelier. It is one the biggest chandeliers in the world. The dome on which the chandelier hangs carries a beautiful shade of blue and makes for a photogenic composition with the golden light emitting of the chandelier underneath. 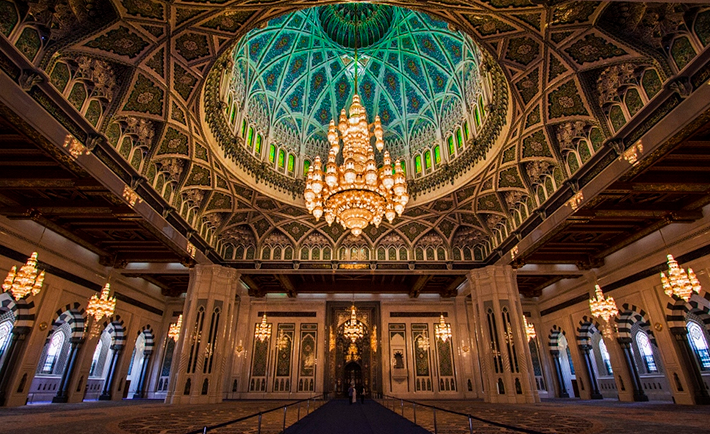 The carpet that we were treading on is also noteworthy. it’s said that it took four years to weave. The Iranian carpet weighs over 21 tons and is said to be the second largest in the world. There are no lines on it to mark the rows as opposed to regular ones found in mosques, as they would be a distraction to the overall design. The center right beneath the chandelier is the most intricately designed part. 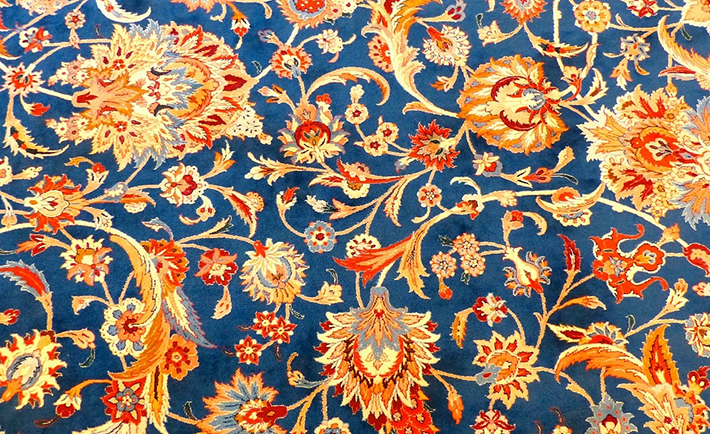 We were expecting a bit more of grandeur at the mimbar, but it somehow didn’t blend in with the overall interior. It had the intricate tile work, but had it been in any other place, it would have perhaps been an attraction on its own. 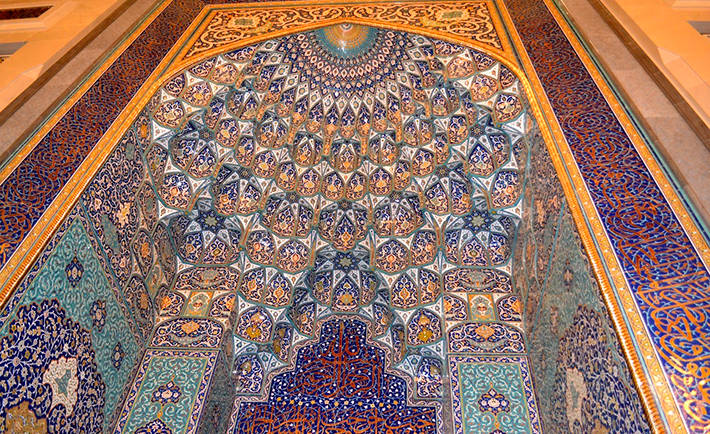 The walls of the mosque are decorated with Islamic geometric designs and leafy murals. There is some delicate glasswork on display in the hall through which the light seeps in. As in most Omani structures, the roof of the mosque sticks to its Omani roots as it is covered with hand-carved wood. 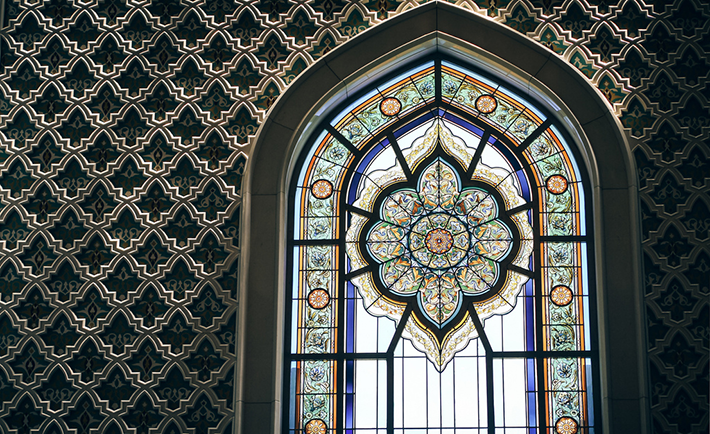 We stepped out onto the gardens next to the mosque. It felt like they were gardens that belonged to an Arabian palace, with various kinds of well-maintained plants growing therein. The lush gardens around the mosque create an impression of the area being an idyllic desert oasis and the mosque its befitting monument. The gardens further help in the transition from the busy city streets to spiritual bliss. 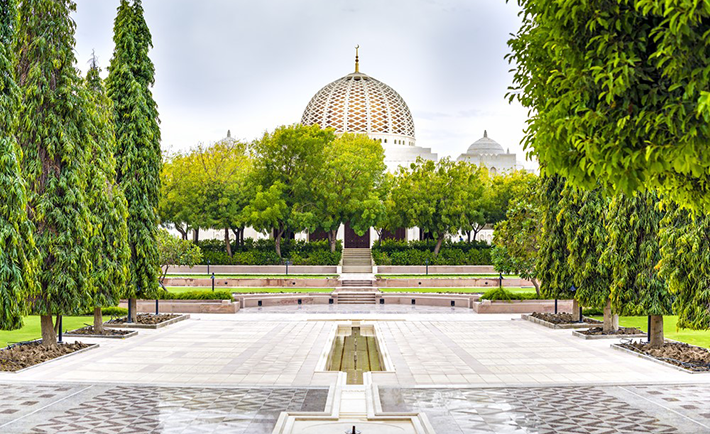 The mosque is open to visitors from Saturday to Thursday, from 8 AM to 11 AM. There are free guided tours that take place at the mosque that consists of briefs about the mosque and Islam in general.