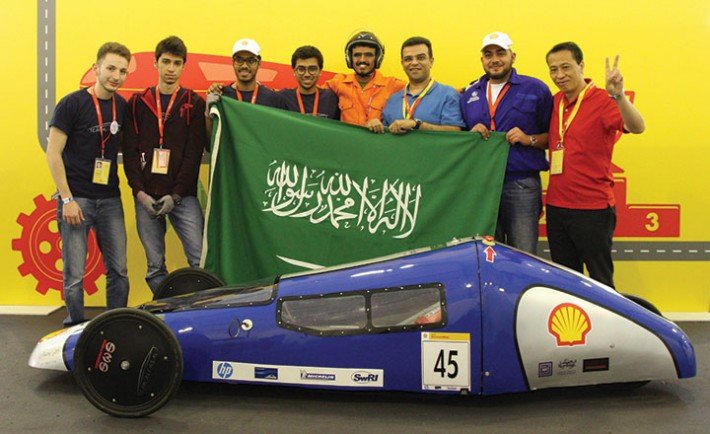 What started out with two students building a prototype car with a leaf blower engine turned into an inspiring story that teaches us what it truly means to be a champion of innovation.

In 1939, two scientists at the Shell Oil Company laboratory struck a friendly wager over who can create a car that could travel the farthest on the same amount of fuel. From a simple bet came a noble innovative contest with a long-standing legacy, spanning multiple continents. Its original challenge remaining intact,
the Shell Eco-Marathon is a unique competition that challenges students around the world to design, build and drive the most energy-efficient car. 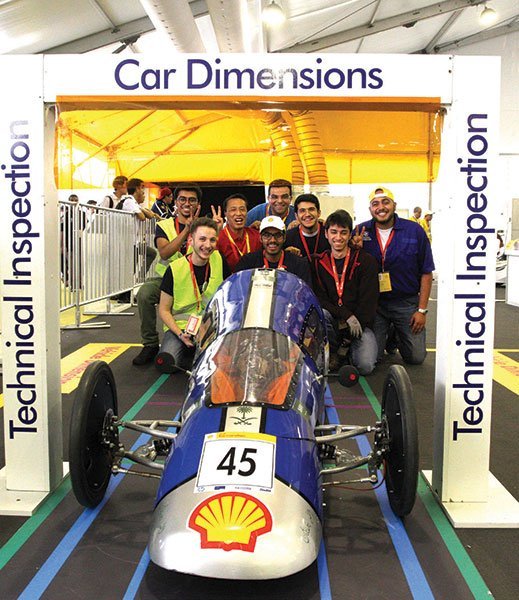 The Shell Eco-Marathon is every engineering student’s dream. Hence, when Rashid Shahid and Abdulmohsen Al Babtain heard of it, they immediately presented the idea of participating through their alma mater, Al Faisal University. To make a strong case for the endeavor, they first went and created their very first car prototype, using nothing but recycled parts in a garage a friend offered for them to use.

“Our first prototype looked terrible,” Rashid laughs, “but it works and our university said, ‘if they can do something like this on their own, imagine what they can do with our support.’” 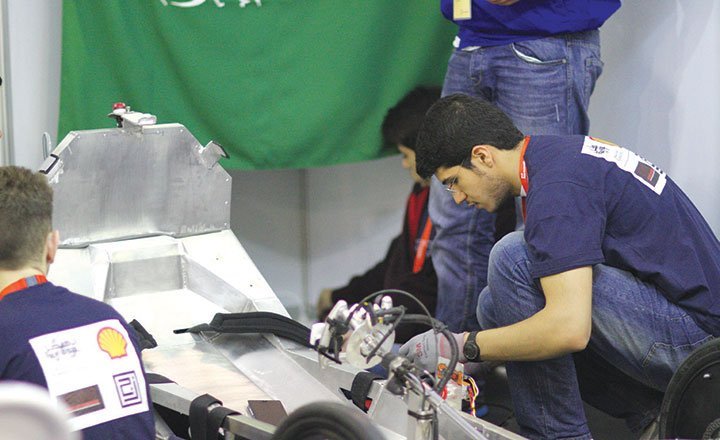 It took an entire year for the students to create their eco-friendly model. Oddly enough, despite having the latest Range Rovers and customized Bugattis cruising our streets, the city is scarce when it comes to spare parts. It took the Al Faisal team months to gather all the materials they needed.

Finally, the month of the competition came. All those months of grueling hard work boiled down to the five days they spent in Manila, Philippines. Team Al Faisal arrived in the capital of the Philippines all hyped, pumped up to get their car ready for the races.

Then the first disaster in their series of unfortunate events strikes; Faith wasn’t there yet. In fact, it didn’t arrive until the third day of the competition. 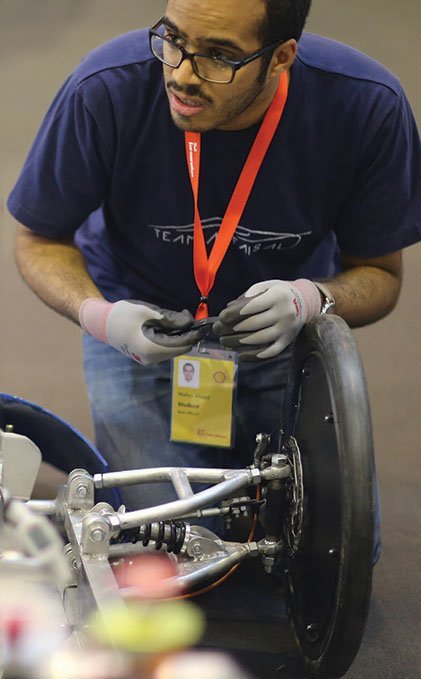 “It was like being doused with a bucket of ice cold water sort of panic,” Shahid describes, “but we didn’t go all the way there to give up.”
Team Al Faisal made use of their time prepping up and helping competing teams with their cars.
“By the time the car arrived, we were on full-on critical mode. The race actually begins on the fourth day but before that each car needs to go through different tests and a trial run on the course.”
It would be nice to say that once the car was in their pit stop, all went well for the Al Faisal team but unfortunately, it didn’t. Their engine blew out twice. They had to call a local vendor at some point that had to drive three hours into the city to give them a spare engine, which they ended up giving to another team in need.The Al Faisal Team managed to pass the car inspections and were a few seconds away from the starting line when a loud horn blew, which was replaced in the young men’s ear with a silent ringing as the world stopped for a few seconds and they stood still in shock. 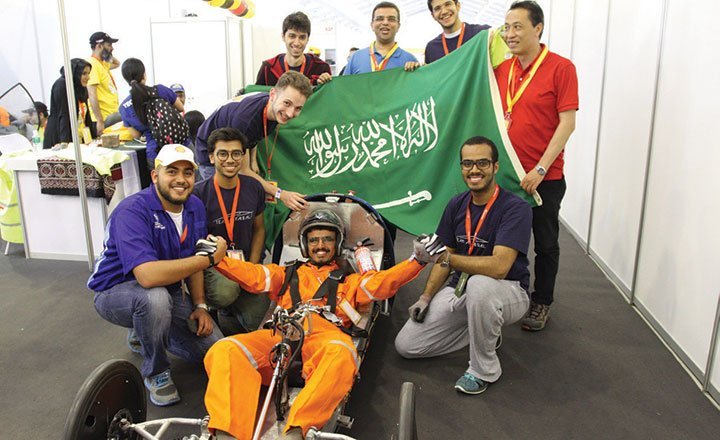 Twenty seconds. They failed to reach the starting line by 20 seconds and as such, didn’t get to race.

Due to the good will they had shown towards the other teams and the perseverance others have witnessed from this first time Saudi team no one expected; people shook their hands nonetheless for putting up a good fight. 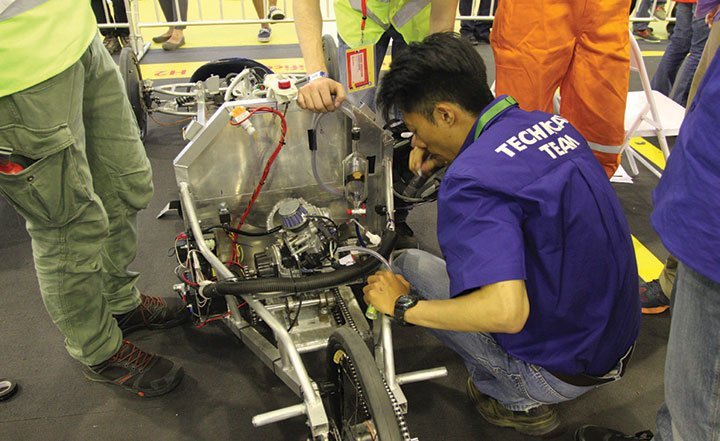 Apparently, the Eco-Shell Marathon organizers felt the same way too and were quite moved by the values they witnessed from the Al Faisal Team. So moved perhaps that they gave the team an unexpected happy ending to their trip. 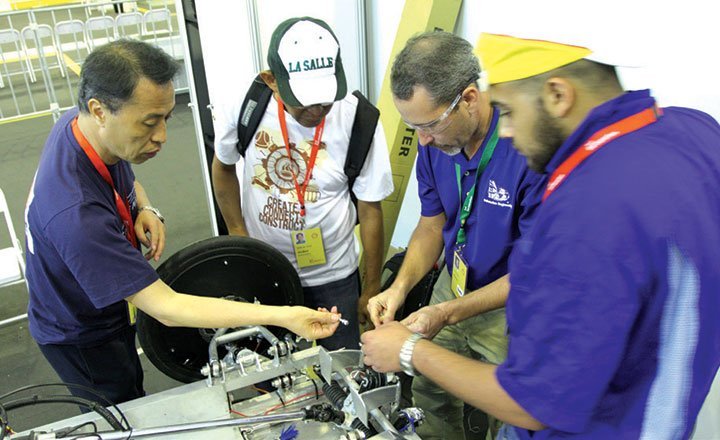 True to their car’s name, Faith, the team kept on believing and going even when the odds were stacked against them. They showed great resilience and managed to share what they have with other teams amidst their own crises. Hence, when they won the only off-track award, Perseverance and Spirit of the Event, everyone knew it was well deserved and all the other participants celebrated their victory.