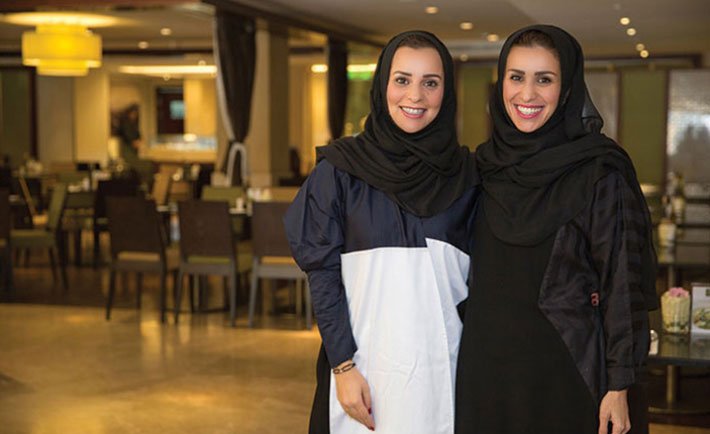 The Sudairy sisters are a perfect example of what empowered Saudi women can achieve with the right mix of courage, curiosity for life and siblings who push each other out of their comfort zone.

Latifa and Sheikha were born two years apart in the US before moving back to Saudi Arabia, where their childhood was spent in the northern city of Al Jouf. When they reached high school age, the two were sent to boarding school. These years had a tremendous impact on them both. Concerning her time away at boarding school with her sister, Latifa shares:

“It was a turning point from being sisters to also being friends. Friendship plays an important part in how we now are towards each other; as I think it does for any siblings. You learn to really trust each other and get to know yourself as well in the process.”

Latifa, 35 and Sheikha, 32 are the eldest of five children. Despite their generational gap, their siblings, Haifa, Najla and Mohammed are also determined to create their own life paths. Being part of the Sudairy family tree entails a certain legacy and privilege —but as Sheikha was quick to point out, their parents instilled in them the importance of hard work and creating their own individual successes:

“We have a lot of things to be grateful for, Al Hamdullilah, but we were raised in a way wherein we knew the value of hard work. Our mom and dad would always ask the question, ‘What do you want to be?’ It’s not a matter of ‘if you would work’ but simply, ‘when you start to work.’”

As a result, Latifa and Sheikha both found professional success, albeit in different forms. One rose to the challenge of entrepreneurship and became the leader of the family-run retail firm, EYAT. The other went on to serve the larger community through her work at one of the oldest and most trusted non-profit organizations in the Kingdom, Al Nahda Charity Organization.

Though the career paths of these two sisters diverged, one went into the commercial world of retail, while the other pursued charity work, it’s important to remember and inspiring to know that each played a critical role in the other’s career choice. 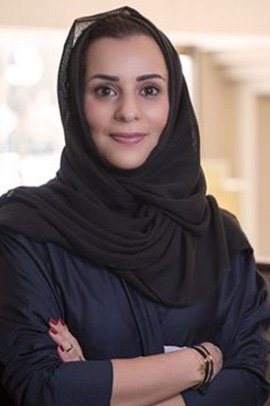 Latifa started working at a very young age. At 19, she took a job in the treasury finance department of Saudi British Bank, while simultaneously studying at the Institute of Public Administration. When her father, Dr. Salman Abdulrahman Al Sudairy established EYAT, Latifa got on board and helped build the company from the ground up. She is now serving as the Operations Manager and Chief Buyer for the retail firm.

Since its inception, Latifa has taken a hands-on approach to learning the ins and outs of the family business. While some entrepreneurs would opt to land themselves at the top of the pole, Latifa had the insight and gusto to work from the ground up. “I went and did it all, from stocking and inventory, merchandising and being a sales lady in the store.”

As Latifa fondly recalls, the story of Lati Boutique all started with a dress that came her way through her sister. Sheikha, a grad-student at the time, came back from New York with this gorgeous Anna Marie Couture dress.

“It was the first time I had heard of the brand. It was beautiful and, to top it off, reasonably priced. The following winter break, she brought home more dresses from other designers. The numbers on the price tags made sense. You wouldn’t think twice about buying them.”

And so the idea began to develop in Latifa’s mind. The idea which eventually became the luxury boutique we know today. A shop was established where you are treated like a princess, while buying stunning dresses that are reasonably priced. 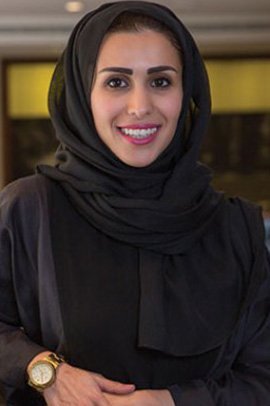 Sheikha, from an early age, has always wanted to serve the community and give back. It’s what inspired her to take up politics for her undergraduate education. For a time though, she took on a job in investment banking, a lucrative career but it left Sheikha wondering what more she could do. Just as her choices had inspired Latifa, Sheikha gained the courage to step out of her comfort zone from her older sister. It seems that the sisters had, without planning it, entered into a partnership of reciprocal positive reinforcement. “We were taking a walk through a garden in Spain when Latifa suddenly said, ‘You should open a flower shop!’ It was so out of nowhere but it got me thinking.” Sheikha laughs, “It’s not that I ended up becoming a florist, I really don’t want to be an entrepreneur but just the idea of doing something else, something out of the box. It gave me that motivation I needed.”

Sheikha didn’t use that motivation to open up a flower shop. Instead, she earned a masters degree in Psychology. When she finally returned to Riyadh, an unexpected encounter, made possible through an event Latifa was participating in, introduced Sheikha to the Al Nahda Charity Organization.

Sheikha candidly shares that growing up; she was a shy girl who would rather stay in the background. It’s quite interesting how the Chief Project Officer is now a vision of confidence and a role model for Saudi women professionals. 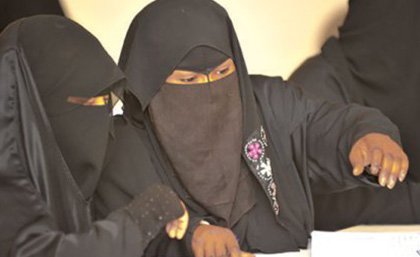 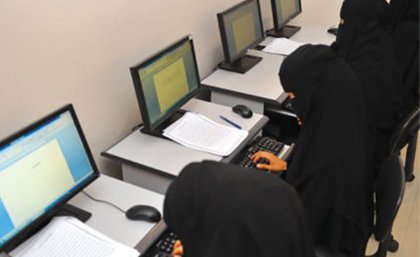 The Power of Two

Eventually, Latifa and Sheikha, who are both big on social responsibility, found a way to apply their professional interests to a worthy cause.

Lati Boutique became the first Saudi fashion retail store that offered a unique CSR program that allows its customers to directly impact the causes they believe in. After each purchase, you are given tokens, which you can drop into jars that represent the different programs of Al Nahda – Education, Awareness and Training.

When asked what program she is most keen on supporting, Latifa admits, “I love and believe in all the causes we promote, although I do have a soft spot for awareness campaigns. We really need to do more to raise awareness of certain issues. So, yes, when I’m manning the store, you’ll see a lot of tokens dropping in that jar.”