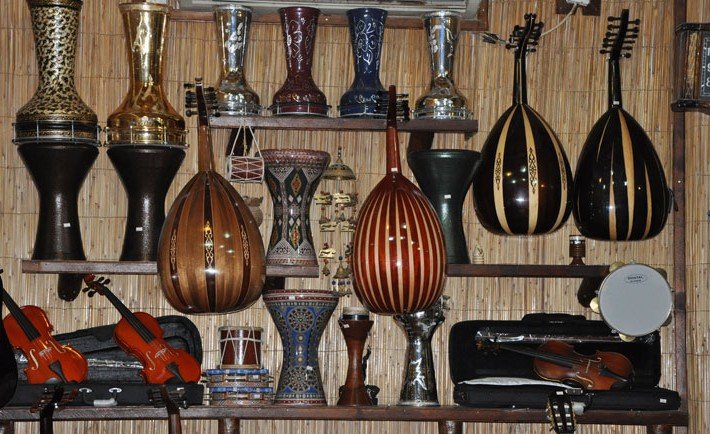 Instruments that make sounds using hands or sticks. Instruments used in this category are: 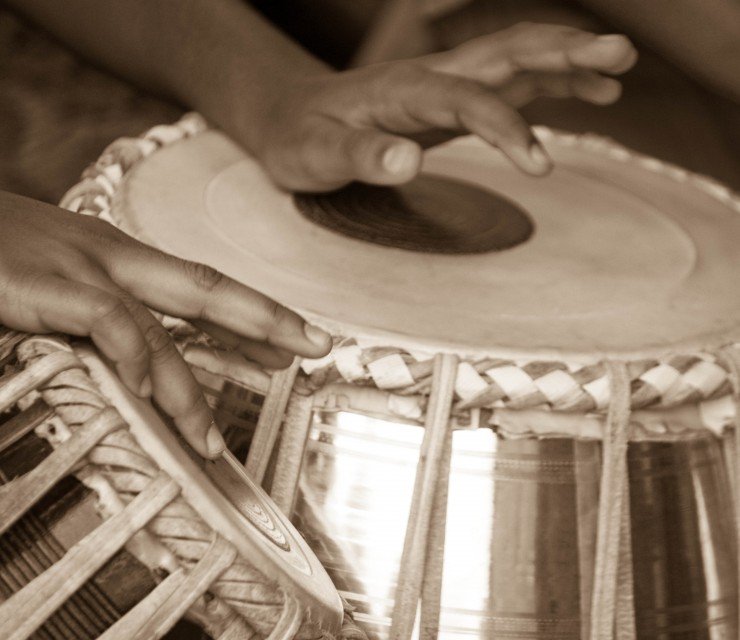 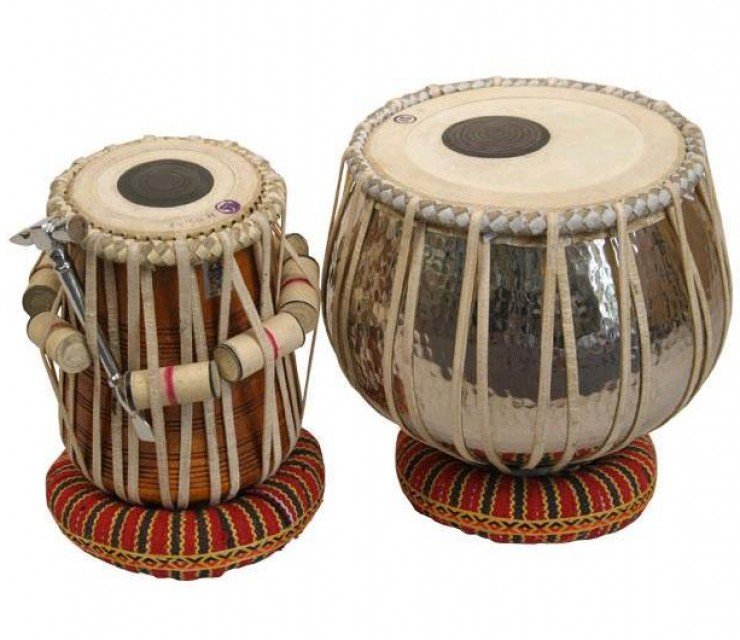 Tabl or drums – consists of wooden rounded frame on which a leather piece is attached on top and stretched. The attabbaal (drummer) usually carries it on his chest using a leather belt and a stick in the other hand with a rounded head. The other stick doesn’t have the rounded head and is made of bamboo. The oldest piece came from Iraq which is believed to have dated back to 2600 B.C. It’s now a museum piece. Assyrians were the first people to use it for musical reasons. It was brought to Europe during the crusades and it was used in the military and later in Jazz and orchestra.

Tablah (Derbakkah) – It’s made of either metal or clay. If made of metal it has keys to prevent the leather from becoming too lax. The upper side is rounded and the leather is attached on it using strings. The lower part is narrow and open ended. The drummer uses fingers and hands to play. The strong hit in the middle is called doom and a light one on the side is called a tak. Using these two sounds, the drummer knows how to adjust and set up the musical piece. The current tabla was first used in Iraq around 1530 to 1950 BC based on the clay dolls found in the Iraqi Museum.

These are instruments that are blown into. The air causes vibrations that give specific notes depending on the hollowness of the instrument and the width of the pores that the air passes through. 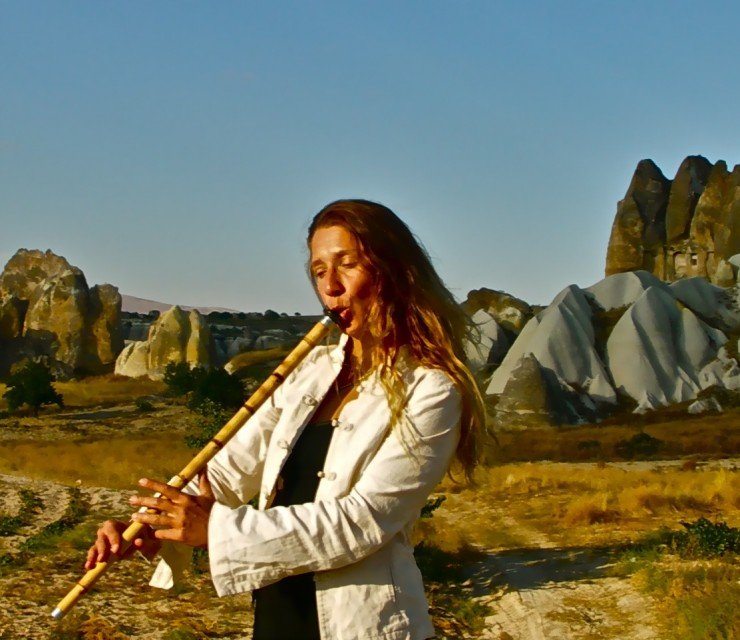 Mizmaar: It is a long wooden, flute-like instrument made of cane. It was invented in the 17th century and became particularly well known in Egypt. There are two types of mizmaars; singular and double, which has two canes. Usually the player blows into it slowly and some of the holes are closed off with the player’s fingers in order to elongate or shorten the air pull. Inhalation is done through the nose and the air is kept inside the mouth cavity. The Zammar (person playing the instrument) is able to play for long hours using this technique for public events.

Mijwaz mismaar: Two flutes conjoined with five holes. It is commonly used in public parties and marriage ceremonies along during the Dabke dance.

Zorna: The the lower part of this wooden hollow tube resembles a bell while the other end has a straw.

Al Nai: It’s a Persian word with an alternative in Arabic called Al Shabbabah. It is made of a hollowed out bamboo pieces and is open on both ends. It is a typical flute and at the edge it has no straw. It has six holes and one on the lower end. The player puts his thumb on the lower hole. The other upper holes are 33 cm away from the edge and around 6.5 cm away from the other end. Because the Nai has no keys, one cannot play all of the musical notes they want. The oldest Nai was found to be made of silver. Al Nai dates back to 1450 BC. It has four equally spaced holes. Booque, ALshoaibiya (many pipes), Mismar Jurab (bagpipes) are other examples of air flow instruments.

Instruments where you pluck the strings or string them using different techniques: 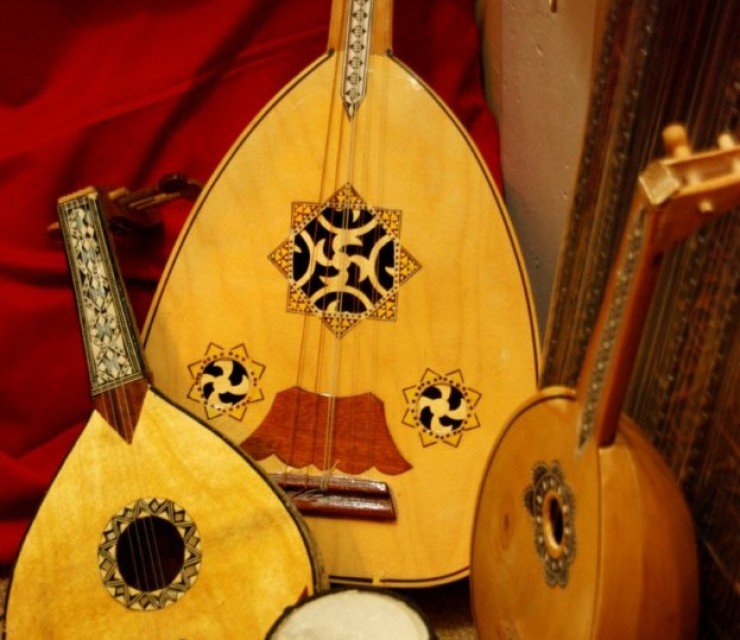 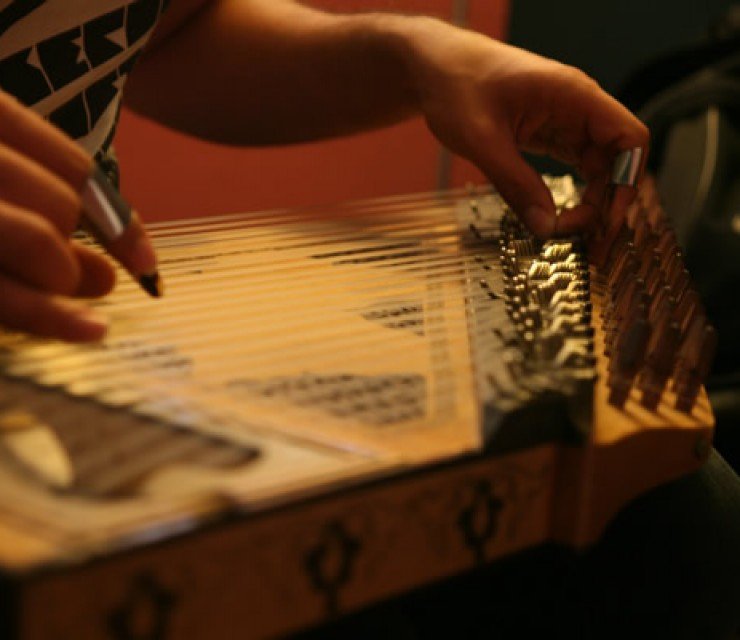 Al Oud: It is one of the most famous Arabic musical instruments and was known as the Sultan of music in the old days. It was used by philosophers and musicians to teach and practice musical theories. Its strings are strung using a pick. Historians mention that a slightly different Oud, with a shorter neck, appeared first in the Egyptian era over 3,500 years ago. It has been upgraded over time, especially during the Islamic era. A base key was also added to the neck to the one we know today.

Qanoon: Some old references mention that it was invented by Al Farabi. He also narrated that it was made of four sections. The word Al Qanoon covers 3 musical octaves, and that’s why it’s considered a standard for other instruments. It came to Europe from Andalus in the 12th century and soon became very popular there. It has 78 strings, and every three strings make one musical note. It’s particularly hard to tune this instrument, so it’s played using a pick that’s typically made of sheep horn.