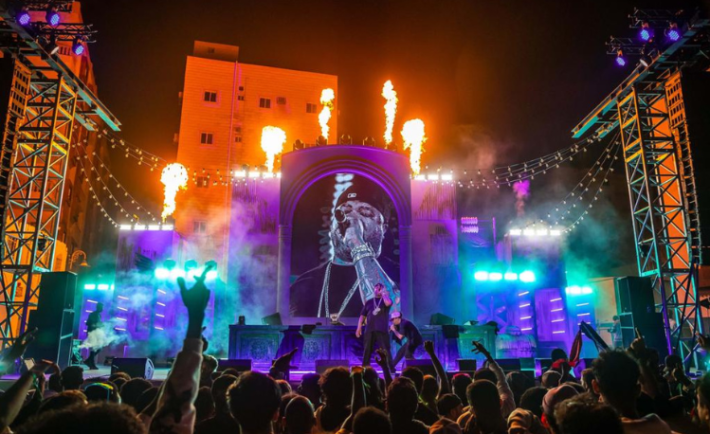 More than 25,000 fans attended the first ever Balad Beast, the two-night music festival organized by MDLBEAST that has made history by lighting up the traditional courtyards of al-Balad for a weekend of stunning entertainment.

Headlined on Saturday by Carl Cox, Busta Rhymes, Xzibit, Lupe Fiasco and R3HAB, the five squares of Jeddah’s heritage site taken over for the event were truly bouncing to the beat of the beast. Two underground stages paid host to house and techno lovers, another housed hip-hop heads, and a fourth rocked to the sounds of the indie kids.

It was the perfect way to wrap up an inaugural Balad Beast weekend where Friday night on the main stage was superbly headlined by Rick Ross, DJ Jazzy Jeff, Salvatore Ganacci and Central Cee. More than 70 artists, including a diverse mix of genres from international, regional and local talents, performed across the weekend, providing a myriad of sounds bolstered by a one-of-a-kind lighting and image projection system safeguarding the site’s environment. 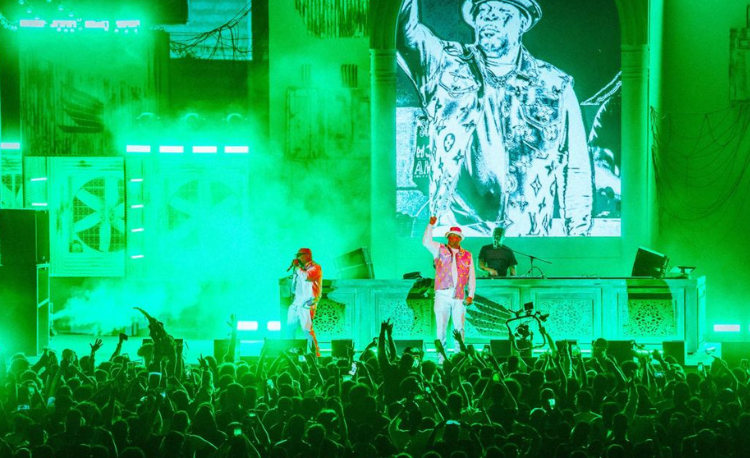 “I’m honored to be here in Saudi Arabia” said global star Xzibit. He added: “I thank everyone who came to support the performers in Balad Beast, and I would like to also thank the organizers of the festival for giving me and the artists the opportunity to come here and be with the fans. All of this is a huge and monumental step.” 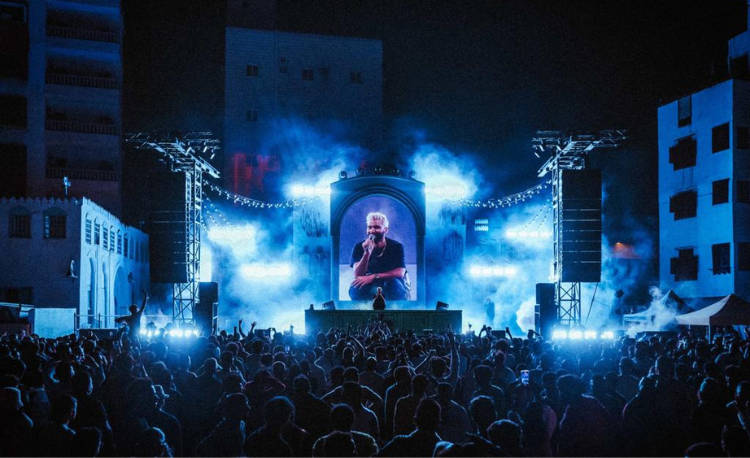 The Jeddah homegrown artist Cosmicat was part of the Saturday lineup along with many local and regional talents. Speaking about what it meant to perform in Al-Balad, she said: “I’m very happy to be among the names participating in this festival. It feels great to perform here, many of my childhood memories are in this place. I used to come here all the time with my family during the Eid holidays and the month of Ramadan as well. Despite the logistical difficulties of this unique historical place, everything in “Balad Beast” has been top notch and at the highest level.”

While Bahraini artist Ahmed Zainal said: “When I was preparing to participate in “Balad Beast”, I made sure that my choices reflected Al-Balad and its long history, and I felt that the best way to convey my feelings to the fans was by choosing some classics from the house music genre. I usually check the place in which I’ll be performing to get a good feel of what it’s like, and I was blown away by the rich history of Al-Balad. I’m fortunate to be part of it all.”

Ramadan Alharatani, CEO at MDLBEAST, said: “The Arabic phrase ‘Jeddah Ghair’ is often used to describe this stunningly beautiful city on the Red Sea that vibes to its own beat. Translated as ‘Jeddah is different’, Balad Beast proved just how apt that description is.” 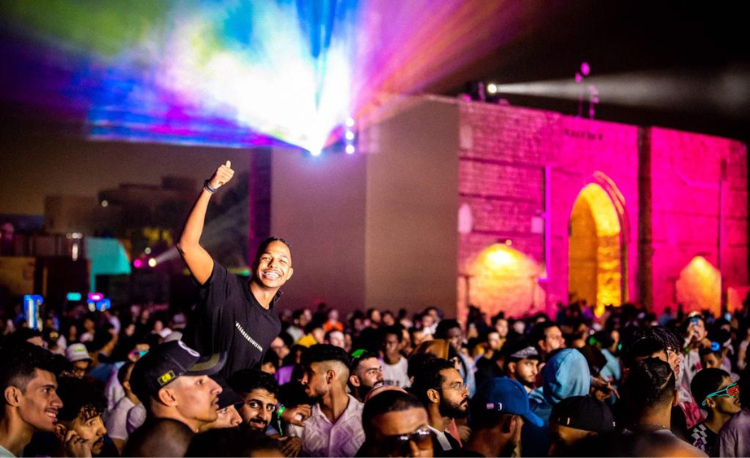 “The first ever Balad Beast has gone above and beyond the expectations of ourselves and our guests, delivering a world-class festival experience that has created another milestone moment for the regional music and entertainment scene. Everyone involved in Balad Beast – from our dedicated staff and valued partners to the stars on stage who entertained the fans who came in their droves – should be very proud of being part of something truly special.”

“Al-Balad is a UNESCO World Heritage site, with the historic district Jeddah’s crown jewel. When conceptualizing Balad Beast, it was imperative to all of us at MDLBEAST that the event enhanced the area’s standing as a cultural hub. Not only have we preserved the unique architecture, culture and heritage through sound and environmental testing, but provided an occasion weaving the old with the new and added another layer to the rich history of Al-Balad. We look forward immensely to adding yet another next year – so watch this space, Jeddah.” 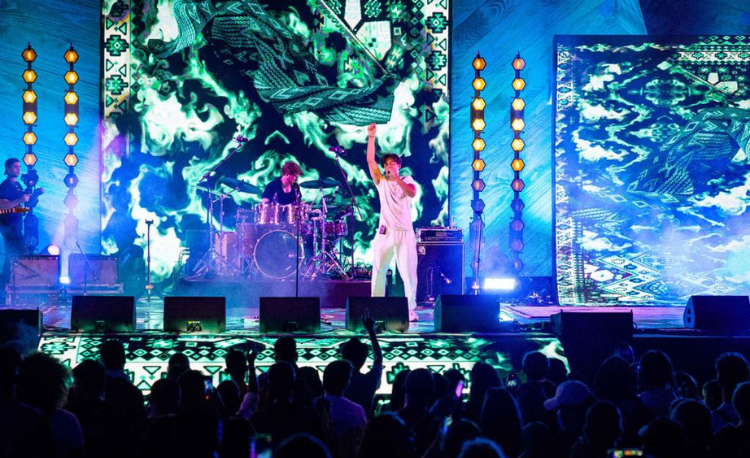 The conclusion of Balad Beast also brings to a close an incredible past few weeks of music and cultural entertainment organized by MDLBEAST across the Kingdom.

XP Music Futures, from November 28-30 at JAX District, blasted off ‘THE LOUDEST WEEK IN RIYADH’ with a range of discussions, workshops, performances and networking opportunities that helped grow talent, build the regional scene, and advance the creative economy. XP also heard the thoughts of renowned international industry figures such as Mathew Knowles, David Guetta, DJ Khaled, and many more. 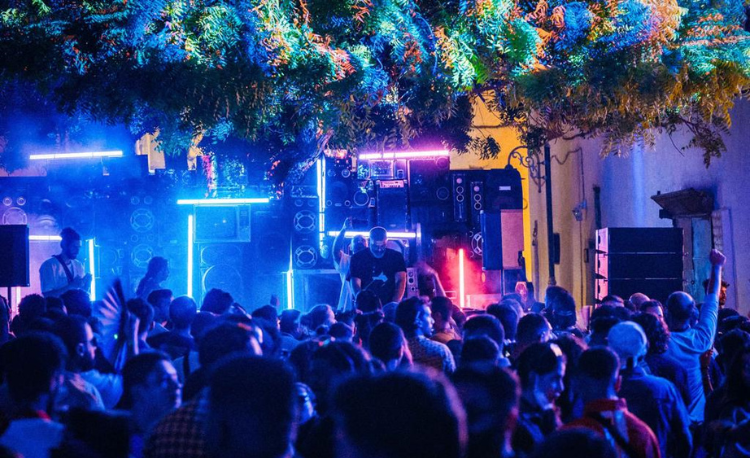 It was the ideal introduction to SOUNDSTORM from December 1-3, where more than 600,000 fans celebrated performances by Guetta, DJ Khaled, Bruno Mars, Tiësto, Swedish House Mafia, Post Malone, and over 200 other artists under Riyadh’s desert skies.