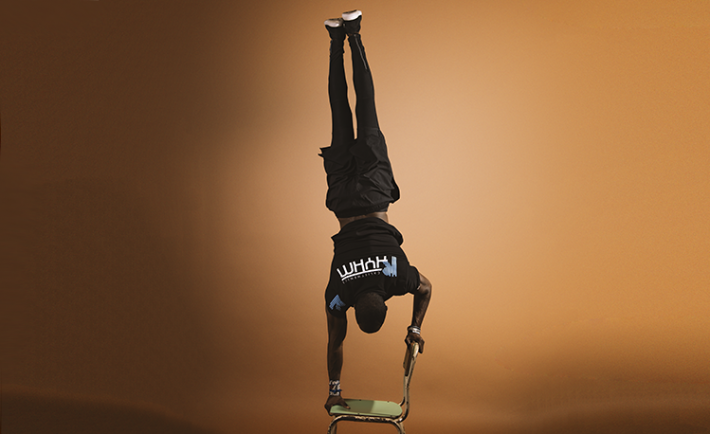 27-year-old Mohammed had been involved in the world of bodybuilding for five straight years when he decided to change gears and pursue pure calisthenics 3 years ago, a sport featuring a variety of movements that include jumping, bending, grasping, pushing, and pulling, while focusing mostly on the athlete’s body weight. Calisthenics, which nurtures health, flexibility, and body strength, is the “street” version of gymnastics, with which it shares similarities.

Mohammed’s journey began in November 2015 when he attended The Calisthenics World Cup in Bahrain. Seeing how involved, enthusiastic, and euphoric the competitors were, especially when completing, so inspired Mohammed that he decided to pursue it and reach their level. “I thought, if they could do it, so could I; it’s all about discipline,” he says.

Also a physiotherapist, Mohammed aspires to find a lifestyle he truly enjoys, and it includes doing calisthenics, improving himself day by day and working out mostly on weekdays. “My weekends are my days off, which I admit is sometimes the reason I dislike weekends!” On the weekends that he does decide to work out, he keeps it moderate and gives his body some time to recover. “Resting is, in itself, a big part of the training.”