Music fans looking to get the party started early ahead of the return of XP Music Futures and mega-festival SOUNDSTORM next week can do so in a billboard of all places, thanks to organizer MDLBEAST!

Launched last night, the Saudi music & entertainment company has opened “Rave in a Billboard” at Riyadh’s Al Nakheel Mall, allowing excited partygoers to loosen-up their dancing shoes before the capital’s ‘loudest week’ gets underway on Monday. 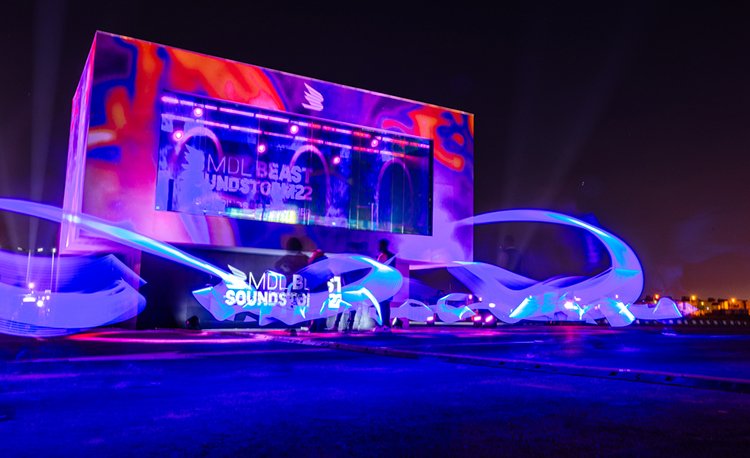 Standing seven-feet tall and measuring 12x6metres in length, the huge box billboard is open to all music fans looking to “make their own ad” ahead of XP and SOUNDSTORM, both of which will once again bring many of the world’s biggest music industry leaders and artists to the Kingdom next week.

Once inside, visitors will be able to let loose to the sounds of a live DJ, dancing in front of the structure’s large tinted-glass face in what is a world-first event initiative.

Each picture or video taken from outside the billboard will be special and unique as the guests inside will themselves be the content. 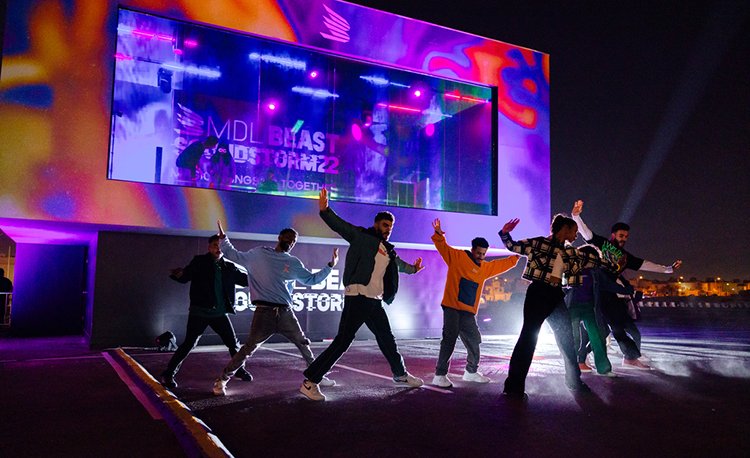 It was officially unveiled on Tuesday night, with a number of high-profile social media influencers the first to experience the rave.

After Thursday, the billboard will be moved to the Banban site of next weekend’s SOUNDSTORM festival, which will feature the likes of superstar artists Bruno Mars, DJ Khaled, Post Malone, David Guetta, Tiesto and Marshmello.

Robert Bock, Executive Director, Marketing & Platforms at MDLBEAST, said: “With less than a week to go until the ‘loudest week in Riyadh’ returns, this is the perfect way to get the party started by showcasing and putting the spotlight on those who truly make XP and SOUNDSTORM what they are: our thousands of attendees and fans.” 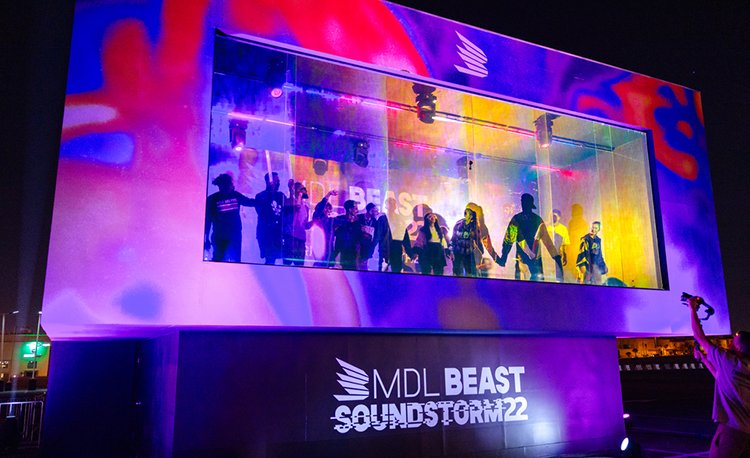 “Rave in a Billboard is a first here in the Kingdom and we invite everyone to come to Al Nakheel Mall and experience life not only what it feels like to be a ‘living advert’, but to get dancing ahead of what promises to be our biggest and best week yet next week!”

Tickets for both XP Music Futures – which will feature panelists including Matthew Knowles and DJ Hardwell – and SOUNDSTORM are available now.