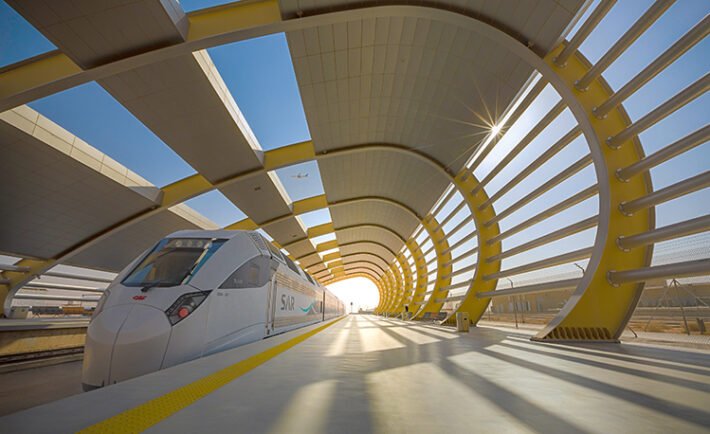 Wise policies of Saudi Arabia’s leadership have enabled the Kingdom’s transport and logistics sector to race against time to achieve development targets of Vision 2030 and keep pace with changes — digital and technical transformation worldwide.

The ministry serves as an umbrella overseeing many sectors, including the Transport General Authority (TGA), which is tasked with enhancing the efficiency and effectiveness of passenger and freight transport services in the Kingdom. TGA focuses on developing logistic services, creating a conducive environment for travel, and encouraging the use of public transport services. In doing so, TGA adopts the highest standards for transport safety, environmental protection, and energy conservation. 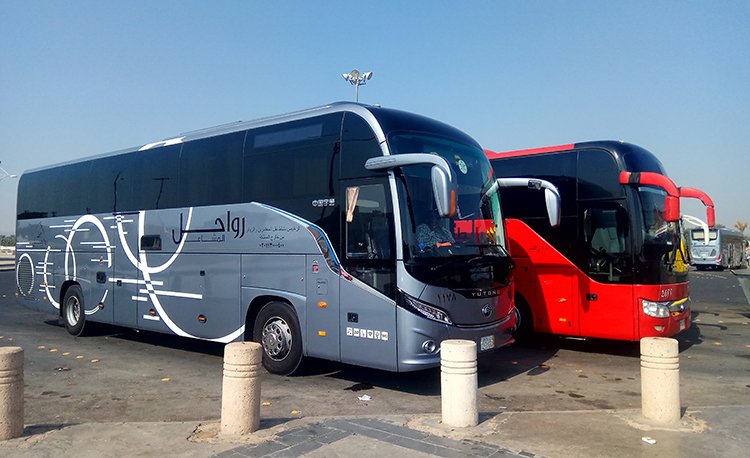 The ministry also oversees the General Authority of Civil Aviation (GACA) that is concerned with the development and implementation of policies and protocols governing civil aviation in Saudi Arabia. The authority uses the best communication and IT solutions to ensure air traffic safety, enable national workforce and drive performance transformation in the aviation sector.

The Saudi Ports Authority (Mawani) also comes under the purview of the ministry. The authority seeks to enhance capabilities of Saudi ports to make them more competitive, using the best practices to reduce and mitigate the adverse effects that port activities have on the environment. Its mission is to create a safe environment for individuals, assets, and cargoes. 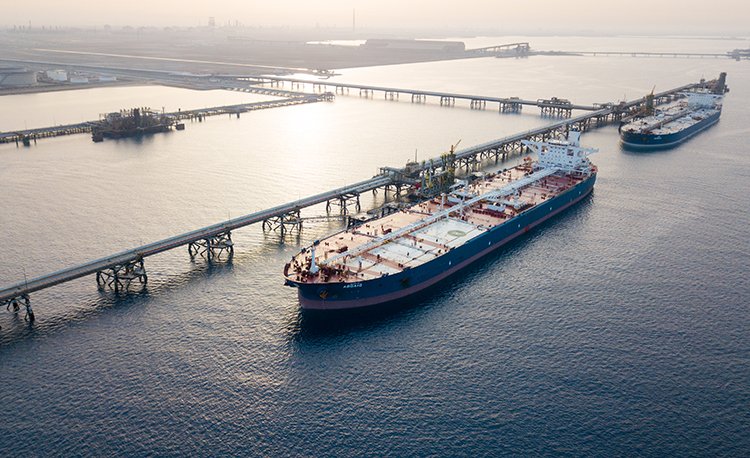 Additionally, the ministry supervises the Saudi Arabia Railway Company (SAR), which focuses on providing streamlined state-of-the-art railway services, while encouraging local companies and increasing local content. It is also focused on recruiting highly qualified professionals, investing in the construction and development of a unified railway infrastructure in the Kingdom and reducing its carbon footprint.

The launch by the Crown Prince of the National Transport and Logistics Strategy (NTLS), the most prominent event witnessed recently by the transport sector, has provided a new impetus to the transport and logistics sector. NTLS aims to strengthen Saudi Arabia’s position as a global logistics hub, connecting three continents. It seeks to enhance all transport services and means of transportation and promote integration among the logistics sector and the modern modes of transportation to support the comprehensive development of the Kingdom. The strategy primarily focuses on the infrastructure development and launch of many platforms and logistic areas, as well as the implementation of advanced operations. It also strengthens effective public-private partnerships to achieve four key objectives including to promote Saudi Arabia’s position as a global logistics hub, enhance quality of life in Saudi cities, achieve balanced general budget and improve performance of government authorities.

The national strategy comprises many major projects and ambitious objectives, which include putting the Kingdom at the sixth place globally in road quality and reducing road deaths to less than eight fatalities per 100,000 population by 2030. The strategy also aims to achieve the handling of 40 million containers, transportation of 330 million passengers via Saudi airports, as well as increasing air freight transport capacity to 4.5 million tons.

Additionally, the NTLS aims to establish a new national carrier and a new airport in Riyadh, increase public transport market share to 15 percent and reduce carbon emissions by 25 percent. It also aims to increase sector’s GDP contribution to 10 percent, and implement many projects to expand the railway network, including the construction of the Land Bridge that connects east of Saudi Arabia to the west, in addition to many major projects that will benefit the whole nation. 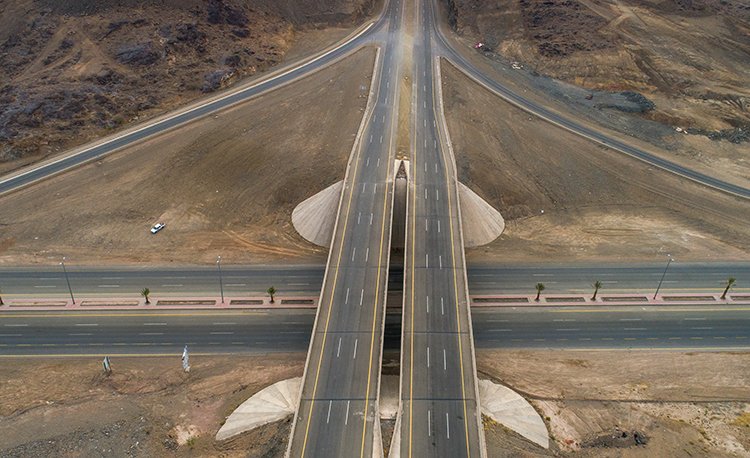 Under Saudi Vision 2030, the Transport and Logistics Sector has made several key achievements during the past few years. The first and the foremost among them is the Kingdom’s rise to the top position in the global road connectivity index for 2021 by the Global Competitiveness Report. It also ranked first in the Arab region in the installation of rumble strips, according to the GCC-STAT report. Additionally, the sector saw a 75,000-km long expansion in the country’s road networks and a drop in traffic deaths with 13 fatalities per 100,000 population. The sector also launched the Saudi Road Code initiative and implemented many road projects to enhance road safety and improve the maintenance to ensure raising the standard of life through enabling a reliable transportation and a higher level of safety and quality.

Regarding the public transport sector, the regulatory environment was developed with a series of executive legislations and decisions. The Transport General Authority (TGA) won NDLP Award of Excellence in 2021, as well as the award of the top five government authorities for integration across the logistics sector.

As part of its efforts to combat the COVID-19 pandemic, the transport sector launched an initiative to offer free rides to vaccination centers in partnership with the Ministry of Health. It approved 17 ride-sharing applications, resulting in 65.5 million trips. 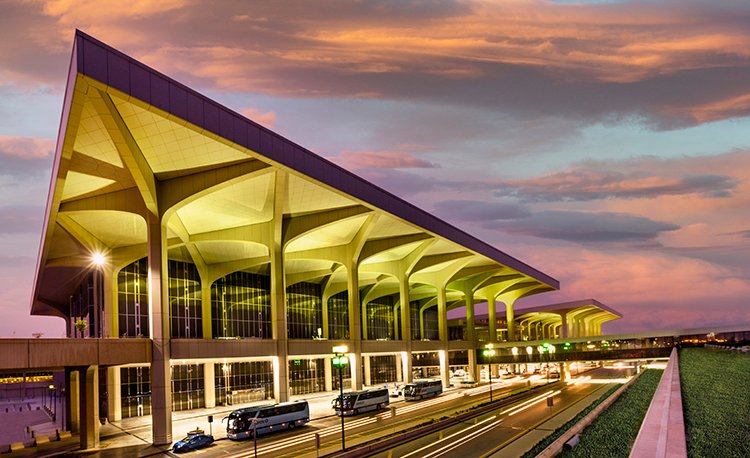 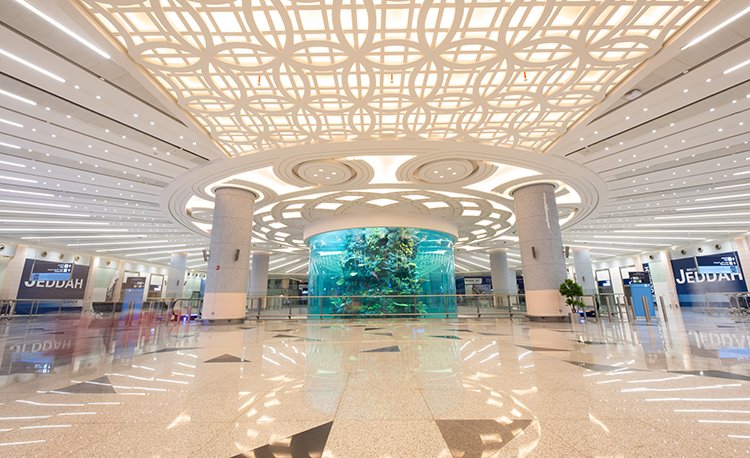 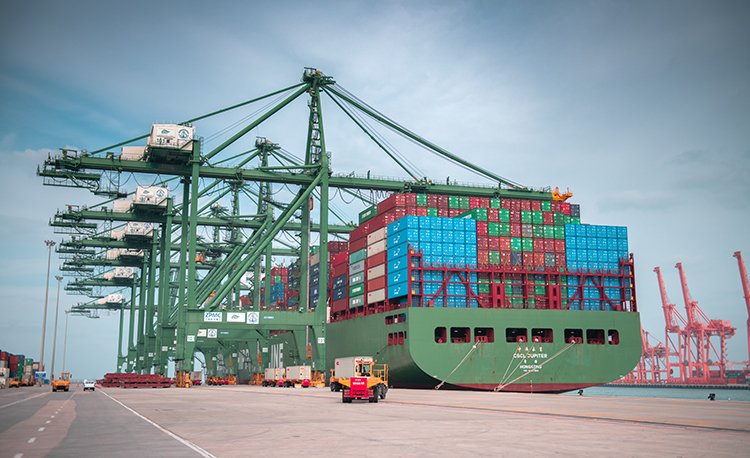 Regarding the maritime transport sector, the Kingdom ranked fifth as world’s fastest country in handling container ships, according to the UNCTAD index. Saudi Arabia also ranked first in the Arab World and 20th globally in terms of shipping tonnage. It also won International Maritime Organization’s (IMO) council membership. The global classification of Saudi ports’ performance increased to rank 16 in terms of handled cargo, according to Lloyd’s List annual report. Jeddah Islamic Port, King Abdullah Port and King Abdulaziz Port were listed among the world’s largest 100 ports. The sector also signed an agreement for the establishment of Middle East’s largest integrated logistics zone in Jeddah Islamic Port with full investment by Maersk shipping company. Another contract was signed for the establishment of Middle East’s largest terminal for grain and feed import and processing. Additionally, the sector announced investment opportunities for developing and operating multipurpose terminals at eight Saudi ports. 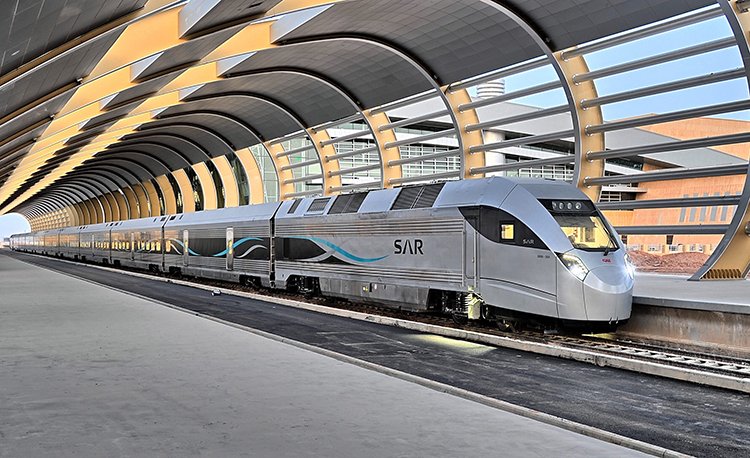 With regard to railway, all sector’s regulatory operations were completed and integrated and assets transferred to the Saudi Railway Company (SAR). A concession agreement for operation of Riyadh Dry Port was signed to enhance operational efficiency and achieve transportation of 1.5 million containers between Riyadh and Dammam by 2030. Al-Qurayyat passenger railway station was launched and fully integrated with the North-South Railway Line. Additionally, Haramain High Speed Railway was fully reoperated. The sector also fully automated the technical connection between SAR East, North, Haramain High Speed Railway networks. On another front, SAR managed to transport 21 million tons of minerals and goods in 2021, saving some 1.2 million truck trips, which reduced carbon emissions by more than 1,200 tons. SAR also transported more than 3 million passengers across its three railway lines and obtained risk management ISO 22301 certification and quality ISO 9001 certification. It was also granted the local content certificate by the Local Content and Government Procurement Authority. 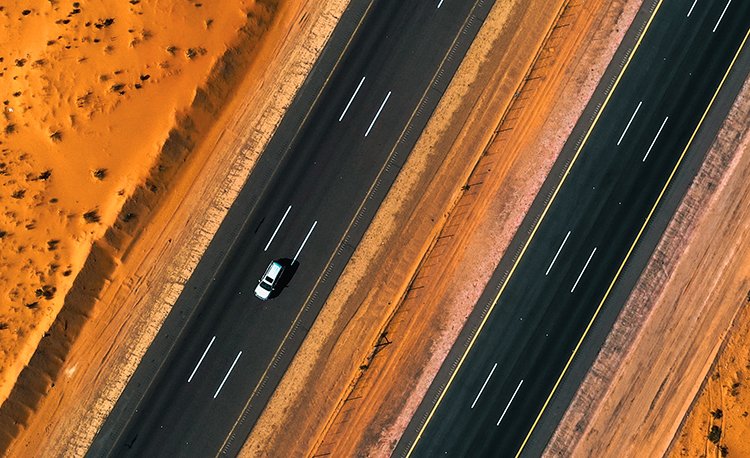 Regarding the logistics sector, the Council of Ministers approved a decision concerning the establishment of the Logistic Services Agency. The unified logistics license was launched to streamline process for investors with more than 34 local and international companies getting licenses to conduct logistic activities in the Kingdom. As part of this, seven activities were integrated into one process. The Saudi Logistics Academy was also inaugurated.

Crown Prince’s support had a profound impact on the realization of such achievements made by the sector as it seeks to achieve the objectives of the ambitious Vision of the Kingdom and its wise forward-looking leadership that created opportunities and enabled people to actively contribute to the development and welfare of their country.

The transport and logistics sector will move forward to deliver new successes through its planned projects and programs and in line with set schedules, for achieving the objectives of the National Transport and Logistics Strategy, which is a key pillar of Saudi Vision 2030 programs.