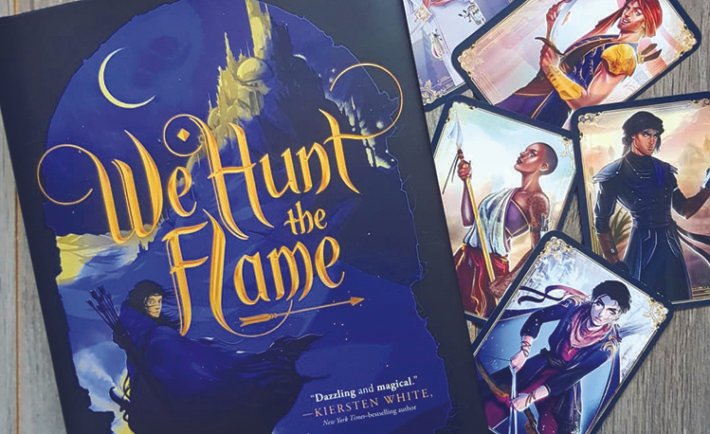 Hafsah Faizal’s debut novel We Hunt The Flame has all the makings of a classical fantasy novel, only it’s steeped in sultry Middle Eastern themes. The kingdom of Arawiya, where magic has mysteriously disappeared, is divided into five caliphates ruled by an evil Sultan.

Only one woman – a huntress – can save the kingdom from dark forces and bring back the magic that once throbbed in it. What makes Faizal’s book stand out in the ocean of fantasy is a sweeping fantastical quality to the world she has created, which readers in the region might easily appreciate. For too long, the fantasy genre has been monopolized by Anglo-Saxon or North American motifs. It is almost like the author has quenched a thirst for the Middle Eastern culture to be portrayed as a playground for fantasy.

What makes her book unique as well is her poetry and her liberal excursions into human emotion, both of which have been missing from this genre. For example, the heroine, Zafira, struggles with a very relatable modern conflict: fear of being ostracized as a woman doing a man’s job in a country that marginalizes her. She also has intimacy issues – because who doesn’t? Her love interest, the dark Prince Naser, suffers from childhood trauma and abuse. While they both struggle with their own demons, there are external demons to vanquish in order to bring magic back to the parched kingdom of Arawiya.

The premise of this book is fascinating. It’s however slowed down by the pacing of the storytelling and occasional thorny prose. If you wish to read it, you must prepare yourself to be patient with the first half of the book while the author takes her time to expose the workings of the world she’s built.

Another thing to keep in mind about the author’s writing is that it excessively includes Arabic words in English prose. Even as a native Arabic speaker, I found this irritating as it interrupts the flow of the writing and comes off as overkill.

However, We Hunt The Flame is a fantastic way to get the ball rolling on Middle Eastern fantasy. I personally, would love to see more books like this so kudos to Hafsah Faizal!