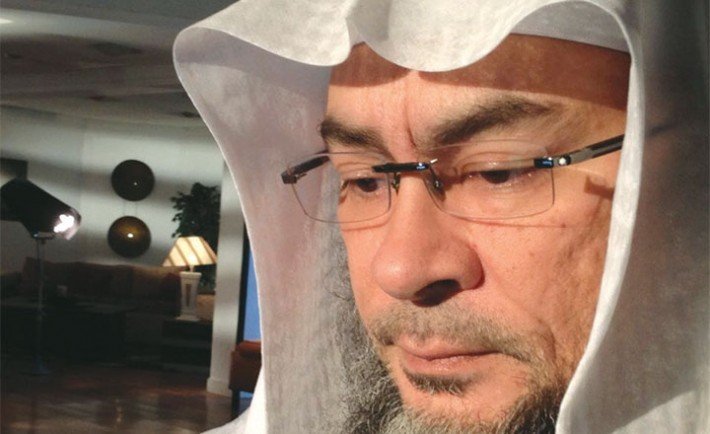 Famous for appearing on TV and Islamic conferences around the world, Sheikh Assim Al Hakeem is one of the most renowned Saudi Islamic speakers today.

Tell us a little bit about your background.

I am a Saudi national and was born and brought up in Saudi Arabia. I have a BA in linguistics from King Abdulaziz University in Jeddah and a high diploma in Islamic Studies from Umm Al Qura University. I was an English teacher for 15 years, a public relations manager in an MNC for seven years and then four years a director of Human Resources in a mining company. And I have continued to be an Imam for the past 28 years.

What is the best way to understand the Qur’an?

The best way to understand the Qur’an is through the sunnah of the Prophet (PBUH) as he was a loving manifestation of what Allah wants from us. It would add a tremendous advantage when a person knows Arabic as non-Arabs rely and depend entirely on the understanding of the translator, which is not always correct.

What are some of the common mistakes Muslims commit during the Holy Month?

Amongst the most famous mistakes is when people refrain from eating and drinking, which is normally halal yet indulge in haram activities such as gossiping, dealing with riba (interest), watching movies, listening to music or engaging in inappropriate behavior such as fighting or swearing. Others may have split personalities; they are good Muslims while fasting, and totally different after breaking the fast.

How can we incorporate Islam more in our daily lives even after the Holy Month?

We need to understand that the Lord of Ramadan is the same Lord of the rest of the months. We must worship Him and obey His commands, as He is all hearing and all seeing. Not a single thing takes place in this universe without His knowledge.

How can we make non-Muslims see the true teachings of Islam?

The best way of portraying Islam and communicating it to non-Muslims is to be real Muslims by walking the talk. A lot of the non-Muslims are disappointed when they read about Islam, and then look at the reality of Muslims nowadays. They have a lot of respect for Islam, but not for the Muslims. If you look at the largest Muslim country in the world in terms of population; Indonesia, you will find that not a single soldier has set foot there and they accepted Islam, as Muslim traders treated them in an Islamic way. Compare this today, where we have stand up comedies exposing how Muslims are so unrelated to their religion.