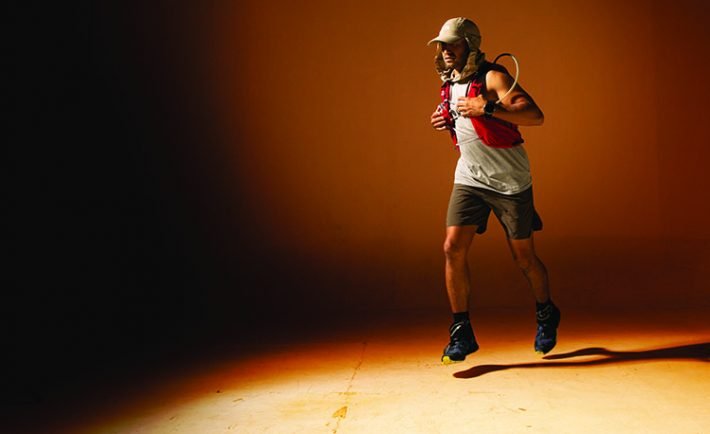 If you see Majeed powering through his runs and slaying burpees with his famous ear-to-ear smile, it’s hard to imagine the asthmatic little boy he once was, growing up on a farm 100km outside of Riyadh. He was, in his own words, the sickly and weakest among his 14 siblings.

After 20 years of regular doctor visits, Majeed decided to quit being sick. When he moved to Canada in 2008, he jumpstarted his transformation – he learned to ski, played varsity table tennis, moved on to bodybuilding (raising his weight from 118lbs to 148lbs), spinning, and running. He also dabbles in gymnastics, football, hiking, and basketball.

In 2014, after two years of being back in Riyadh, Majeed was accidentally thrown into the world of triathlons and endurance sports. “I was invited by a friend to join a bi-athlon, I didn’t know what that was, they just said, ‘swim and run.’ I thought, ok, sounds fun… but I’d never swum in my life! So I just tried to survive and not stop. For the run, not knowing how far 3km was, I stopped when I finished the first lap and went to eat a banana. I heard people yelling at me to keep going.”

This misadventure had Majeed hooked. “I Googled what ‘athlons were when I got home and loved it! I just kept joining them. I don’t really train for them, I just train everyday, for injuries (I’ve had all of them), for fun, for relaxation. It is really about a dedication to a routine, regardless if you have a competition next week or next year.”

His latest feat is finishing a 140km ultra marathon that took him through mountainous terrain, running for 47 hours without sleep.

Despite his achievements, the 31-year-old IT Project Manager doesn’t consider himself an athlete. “I am a screen geek who likes being active. People go on cigarette breaks, I prefer 10 minute pushups. It helps me keep a fresh perspective, and give more in life, because that’s the habit I’ve developed.”

Majeed doesn’t have an end game, only because he would take on anything that allows him to redefine the impossible and know his ultimate limit. All he really wants is for people to share his belief that you can, anywhere, anytime, just go out there and move.

In a month’s time, Majeed will be running 600km across the empty quarter. When asked why he’s doing it, his reply: “Well, it sounds fun.”