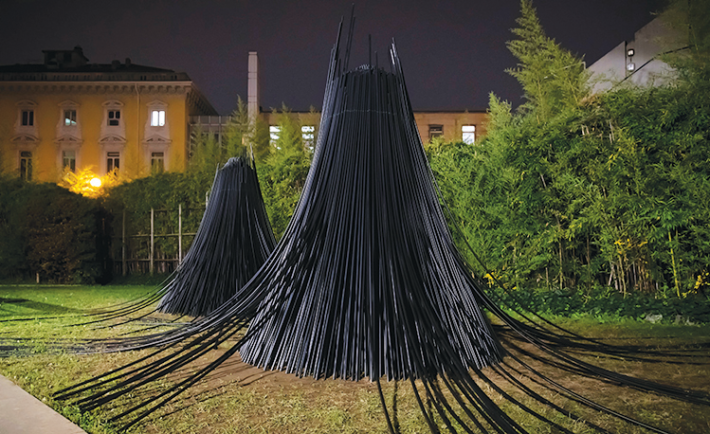 Discovering Saudi artists while traveling around the world.

The Saudi artists have always held a mesmeric power in their ability to shine a spotlight all over the globe. In a world where indulging in our passion has become second nature, Jeddah’s Athr Gallery has played a significant role in building the contemporary art scene in Saudi. By valuing exploration of new ideas; Athr Gallery is promoting the artists’ role in the creative process and the impact they can have on local communities.

Here are 5 Saudi artists that you can discover while galavanting around the world: 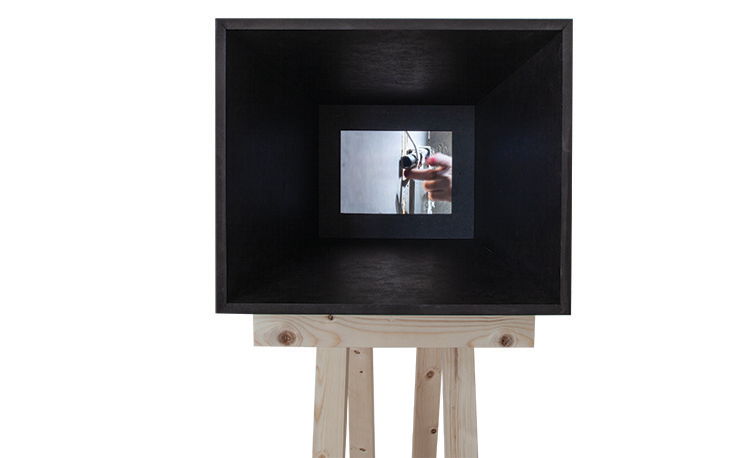 Reem was born in 1987 in Jeddah and currently lives and works in Jizan. She received her BA from Jazan University and completed her residency at Delfina Foundation, London, 2017.

Reem Al Nasser’s work is enlightened by personal experiences and close observations of movement, mobility and cultural change within her surroundings. Reem’s aphoristic and undeviating sensory installations capture and cast back the tension of unsettling complexities within the themes she explores.

She focuses on practical social sciences as well as metaphysical ideas about time, space, and history. 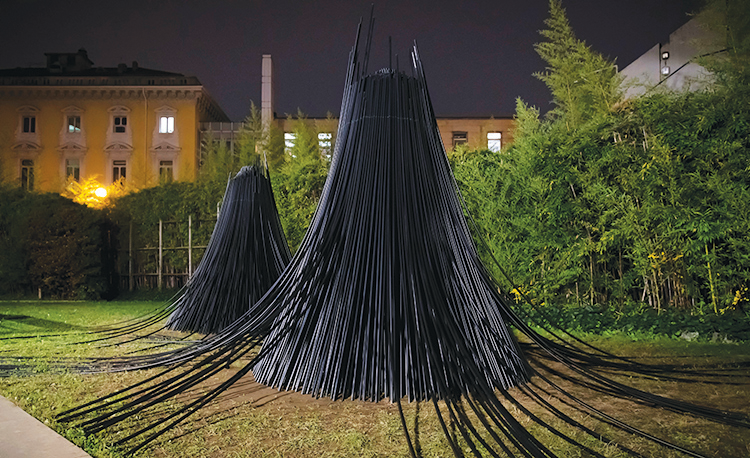 Saudi artist Muhannad Shono’s work challenges old beliefs through the narration of new stories using ink, paper, sculpture, music, and film. He draws from myths, historical and religious narratives in order to reevaluate the past and its impact on our present.Muhannad Shono was born in 1977 in Riyadh and graduated from King Fahd University of Petroleum and Minerals with a degree in Architecture.

Muhannad’s work has been acquired by The British Museum in 2017, Art Jameel Foundation, and AlMansouria Foundation in 2018. 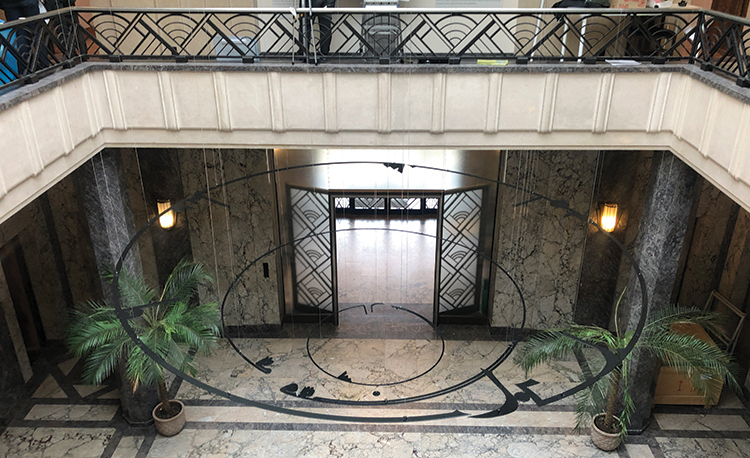 Nasser studied calligraphy at the Holy Mosque in Makkah and achieved an Ijaza certificate; the highest form of recognition and authorization to transmit the art of calligraphy. He is the co-founder of Al-Hangar,
an artist collective based in Jeddah, as well as a member of the National Guild of Calligraphers and an active fellow of Saudi Arabia’s Arts and Culture Group. 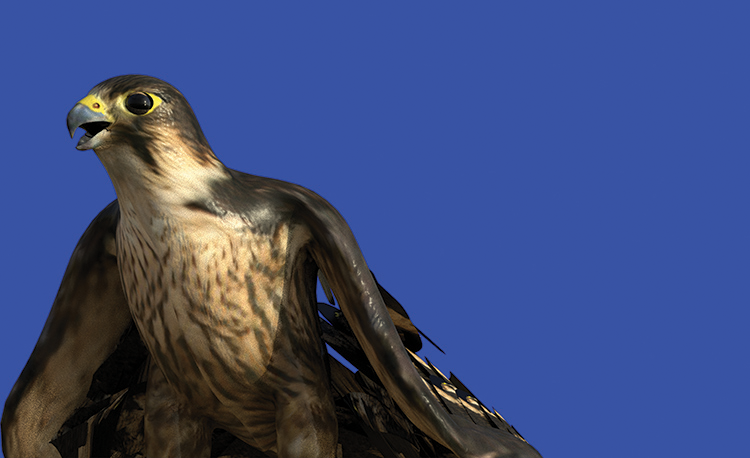 Born in 1991 and raised between England and Saudi Arabia, Ahaad lives and works in Jeddah. She graduated from Dar AlHekma University in Jeddah with a BA in Visual Communication in 2014 and graduated with an MA in Print from the Royal College of Art in 2017.

In her research about Saudi’s reforming ethnography, Ahaad’s photography, video, and print installations aim at altering the historical rendition of Saudi Arabia. 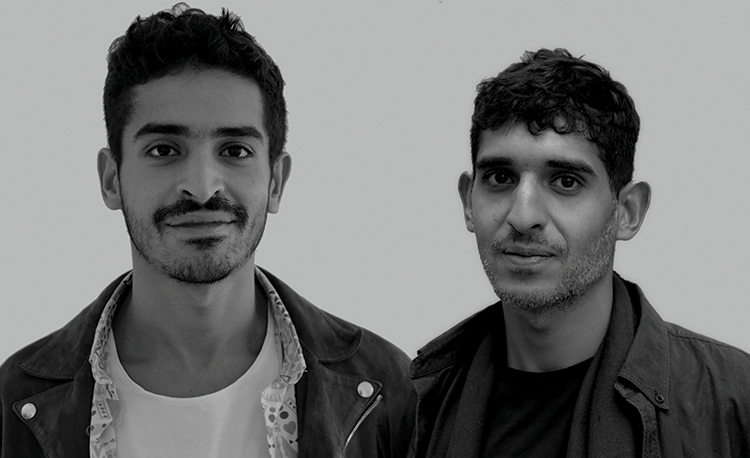 Established in 2015 by Jeddah-based architects Turki and Abdulrahman Gazzaz, Bricklab is dedicated to the analysis of the design discipline as it connects with the social, political, economic, and cultural networks that implicitly form our environment.
Bricklab Studio has been commissioned by Alserkal Avenue to create an intervention to coincide with the Dubai Design Week. Located at the entrance of Alserkal Avenue (Street 6A), the design transforms how the public interacts with the physical environment through a synthetic intervention that funnels visitors through. 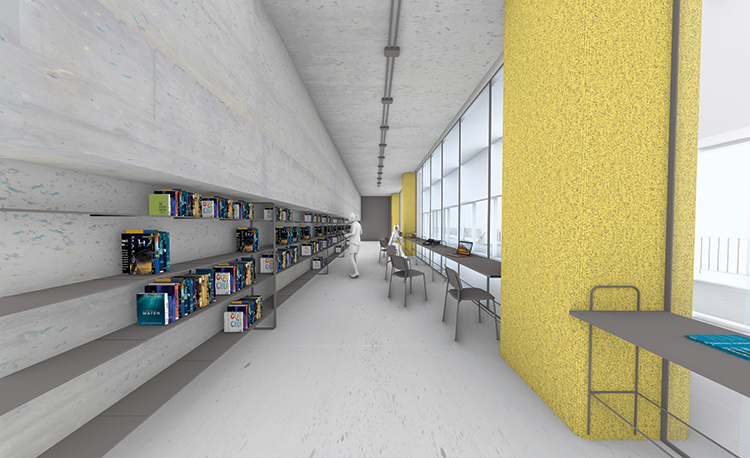 The competition was launched back in February 2019, and assessment criteria looked for innovative and creative design, sustainable solutions, and technological excellence. More than 100 architects and designers from around the world entered the competition to design a new kind of cinema for Saudi. A renowned international jury evaluated participants’ proposals via a rigorous, ‘blind’ process.