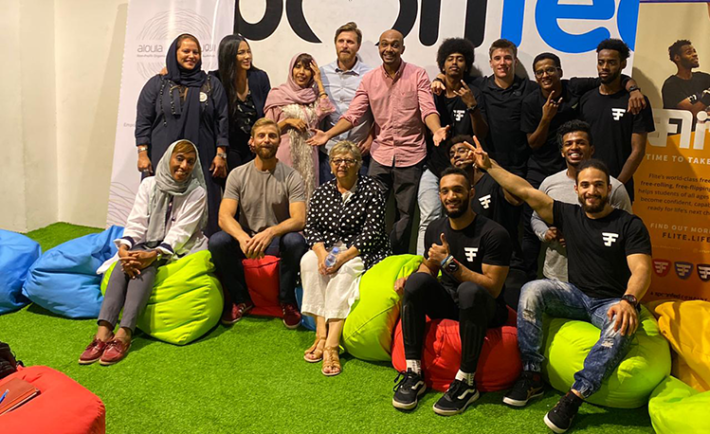 To promote and support parkour in Saudi, Spoonfed launched the first Saudi parkour academy called Flite Freerun in Jeddah and has been steadily developing the sport and raise the standards of coaching since 2017.

Founded by Jon Dean and Heba Faqih, the main gym in Vision tower on Prince Sultan and Kayaal was the first indoor built parkour space in Saudi Arabia and the home of #SaudiParkour. Jon has worked in the sports and physical education industry for 20 years and created sports curriculums for schools, universities, hospitals, private academies, and the national school sport strategy.

To further develop the training system for the coaches and the student curriculum, parkour champion Ed Scott has joined hands with Jon; developing the first Saudi parkour qualification program. This program will enable coaches and teachers to maintain a high level of safety and effectiveness through expert training and guidance. 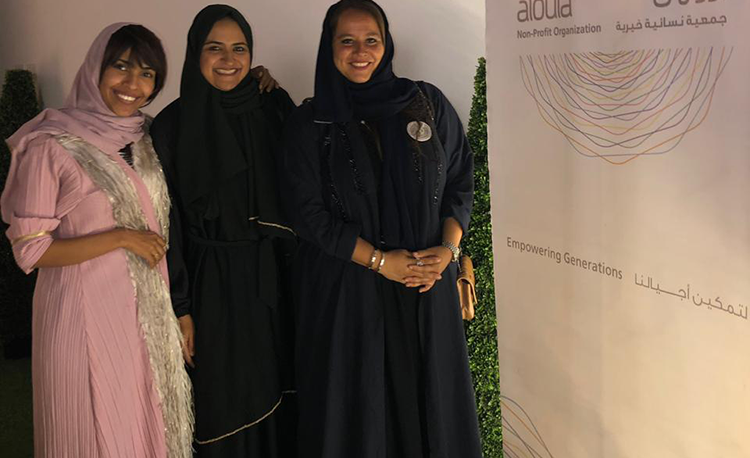 Jon and Heba met Dania Al Maeena, the CEO of Aloula and were inspired by what they saw at the organization. Aloula is the first registered nonprofit organization in Saudi Arabia that has been able to improve thousands of lives through the 57 years of service. Their commitment to the community remains strong in helping families break the cycle of poverty; a phenomenon that remains for at least three generations. Aloula’s strategy is built on early intervention through educational, professional, and physical training.

Utilizing an outdoor space that wasn’t being used, Jon and Heba collaborated with Dania to build a parkour park and develop local coaches to give classes. They had the winning formula for building the park, developing the coaches and brainstormed an exciting way to fundraise.

On 20 November, during the occasion of the National Children Day, Spoonfed hosted an event to virtually build the park live through donations. The guest of honor and parkour champion, Ed Scott gave a speech about his optimism for the future of Saudi parkour followed by an acrobatic performance by the Spoonfed coaches and students.

The fundraising achieved the first goal of 50,000 SAR to lay the foundation and flooring of the park that is planned to start in December. Heba AlFaqih said, “Our goal is to raise another 50,000 SAR to put into coach development, training & additional equipment to create a sustainable project that will continue to grow and flourish,” 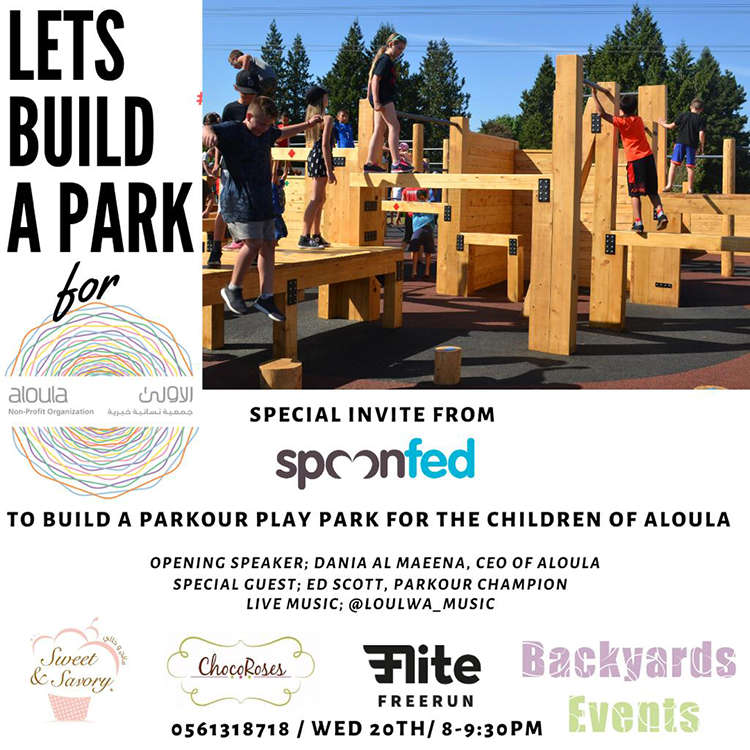 Spoonfed is reaching out to the government for discussions on building public parkour areas that will offer a place for people to stay active, play or train outdoors in the safety of quality parks.

“We believe Flite Freerun will become the leader in parkour in the Middle East and inshallah we will see young Saudi champions emerging in the near future, ” said Jon Dean.

The successful fundraiser showed how much the community cares; giving everyone the assurance that more parks will be built in the near future, elevating Saudi Parkour to be a leading sport in the country.