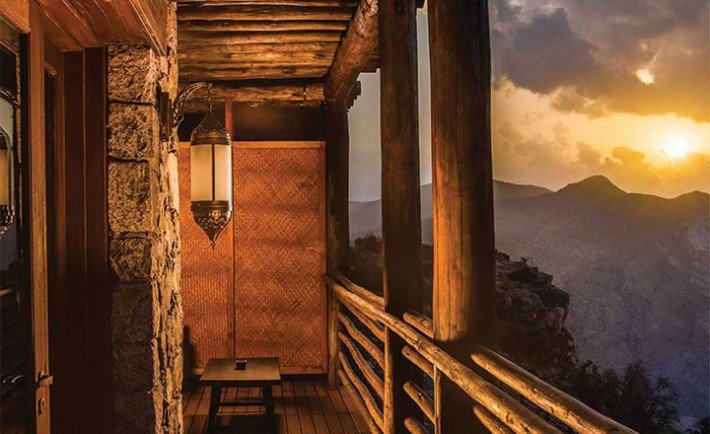 Alila Jabal Akhdar
Alila Jabal Akhdar offers the perfect escape from the heat as it is nestled in Al Hajar Mountains. From mountain top hikes to head-to-toe pampering, the beautiful resort offers an unrivaled experience to those seeking both rest and adventure. Due to its elevated location, the weather is always temperate and the summer heat is no longer an issue.

Etihad Airways has taken delivery of its second Airbus A380. It introduced the aircraft on the popular Abu Dhabi to London Heathrow route. Two of the airline’s three daily flights to London will now be operated by the A380. Etihad Airways also has eight more A380s on order. 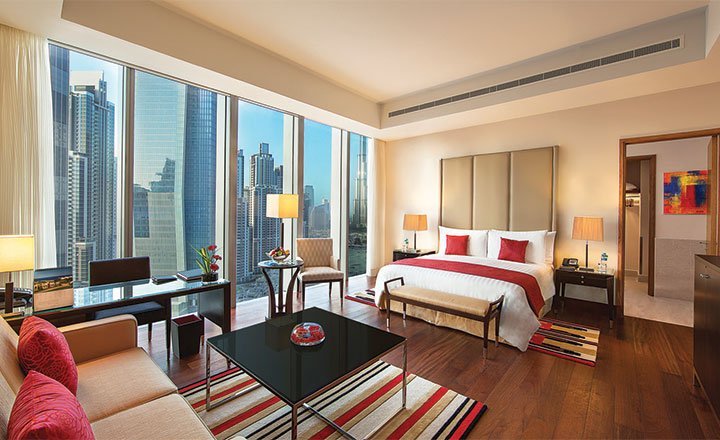 Dubai Oberoi’s Two-Bedroom Family Suites
The Oberoi in Dubai announced the launch of its two bedroom family suites. Each of these suites comes with a private balcony offering breathtaking views of Burj Khalifa. The suites encompass a grand master bedroom, a richly furnished living room, a dining room for six guests and Italian marble bathrooms with a double vanity counter.

China Presents Growing Market for Saudi
According to an InterContinental Hotels Group research, Chinese visitors heading to Makkah and Madinah are expected to increase 50 percent by 2023.

Spend a week of summer in Sharm El Sheikh. Bask in the warm sun, splash and snorkel in the sea and enjoy a desert safari. Rates are subject to change with added activities.
Web: holidayme.com

Ritz-Carlton Luxury Set to Open in Jeddah
The Ritz-Carlton, Jeddah, is set to open this summer as the second Ritz-Carlton address in KSA with another property in Riyadh. The hotel will be located at Al Hamra Corniche with 224 guestrooms, including 30 royal suites as well as four dining spaces.

Bvlgari, Dubai’s Newest Luxury Property in Meraas Meraas
launched the Bvlgari Resort and Residences in Jumeira Bay Island. The project is set to be completed by 2017. The apartments will range from one to four bedrooms while the mansions will have three to six bedrooms. To add to the luxury, there will be a Bvlgari Yacht Club.

Explore Britain΄s Past and Present for 8 Days
from SR 4,720

Braille Services on Saudia Flights
Saudi Arabian Airlines, Saudia, has become the world’s first airline to introduce a flight guide in Braille for passengers who are visually impaired. The guide will be available on domestic and international flights.

Southern Italy and Sicily for 10 Days
from SR 8,270
Web: Trafalgar.com

Traveling from Rome to Palermo, the south of Italy reveals the fiery splendors of Sicily. Visit Italy’s largest active volcano to add even more radiance to your adventures.