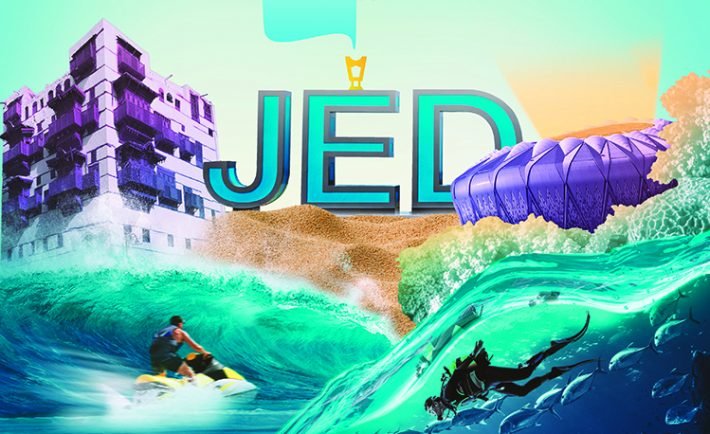 A Wealth of Fun Under the Sun.

A famous myth claims that the first woman to have ever stepped foot on this earth landed in Jeddah. “Jiddah”, with an accentuated D, as locals would pronounce it, is one of the largest, most diverse, and culturally rich towns in Makkah province, Saudi Arabia. The word is a transliteration of the Arabic word meaning grandmother, referring to Eve who is locally believed to have been laid to rest in the town.

Jeddah is also known as the Bride of the Red Sea. It’s located on the West of the Kingdom, along the Mid East Coast of the Red Sea (known as the Tihama Plains). It is the largest seaport for the Red Sea, handling the majority of Saudi’s commercial movement. Its coral reef wealth is mesmerizing, and a magnet for avid divers.

Jeddah is the main gateway to the two holy cities of Makkah and Madinah, and because of the pilgrimage seasons along with being part of various land and sea trade routes, it’s the most diverse city in the Kingdom. It is a perfectly tossed cultural salad; where identities mesh and disperse.

Jeddah also prides itself as being the country’s creative hub– home to dozens of art galleries, local artists, and having its own open air museum of sculptures to boot.

Historic Jeddah (Al Balad) is a trip back in time, characterized by distinctive houses built by 19th century mercantile elites, and the Gates to Makkah are UNESCO world heritage sites.

Jeddah’s motto is “Jeddah Ghair,” which means Jeddah is different. And indeed this Jeddah Season, you’ll get to see what makes this vibrant city stand out as the Summer Capital of Saudi Arabia. Join us in rediscovering our home, exploring its urban wonders, and find out what it mean to be a Jeddawi.