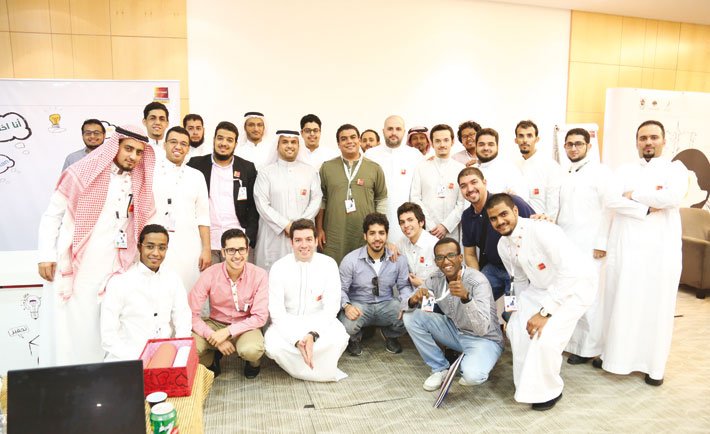 Accelerate Makkah (AccMakk) is a 5-stage program that has aided young people with all the necessary means to venture into the entrepreneurial scene in the Kingdom.

Osama Natto, founder of AccMakk, decided to establish an accelerating program that aims at preparing future entrepreneurs through five stages. The program attracted the attention of Umm Al Qura University (UQU) and that marked the official beginning of Accelerate Makkah.

During the program, the participants are first screened to ensure they have the drive for AccMakk. They then must come up with their innovative concepts, which they will turn into actual consumer products. The final two stages include testing the product in the market then launching the company when it’s ready. AccMakk quickly gained fame and was viewed as the platform for brilliant young minds. The program faced a lot of difficulties at the beginning though. Natto explains, “It was very difficult to open applications for women in Makkah because the campuses are too far away. Then we had to find a building that would host both men and women and we had to deal with all the issues of transportation for females. It’s somehow still segregated but at least they are in the same program.”

Once these issues were resolved, AccMakk started with a bang. Natto elaborates, “Over 800 people applied, we’ve accepted 219. In the first three rounds, out of 143, 30 projects graduated. From those 30, 18 were recommended for further R&D, 12 were ready to market, and eight of those incorporated their companies. This is new in Saudi, to have universities creating companies. Fourteen intellectual properties were registered from our graduates.”

Natto asks participants to think innovative, scalable and global, meaning they have to come up with novel ideas for products that can sell a million units in London, Tokyo and New York. He proceeds by giving an example, “If it is an app, it should be downloaded by a million users. If it is a board game, a million of
it should be sold.”