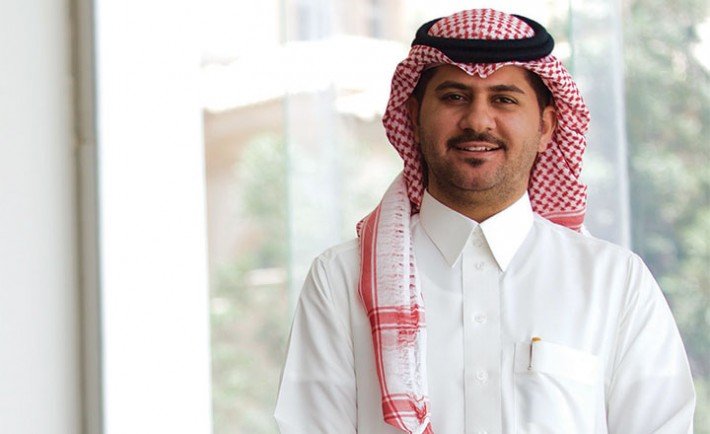 A certified petrol head turns his love for exotic cars into a thriving business, 7 Car Lounge.

One out of the 499 Ferrari La Ferraris ever assembled and beside it is a McLaren P1, equally rare, with only 375 units ever produced. Inside, it gets more interesting, parked after rows of classic and other exotic cars is a 1936 Maybach SW38, one out of three remaining in the world.

This is the remarkable and rather rarified world of Talal Al Onzi, a car collector, enthusiast and owner of 7 Car Lounge, the first dealership of its kind in the Kingdom.

A year since its inception, 7 Car Lounge has already made a mark in the international automotive scene. It has been ranked as one of the Top 10 exotic car dealerships in the world, pitted against older contemporaries in Dubai, Tokyo, Europe and multinational franchises. 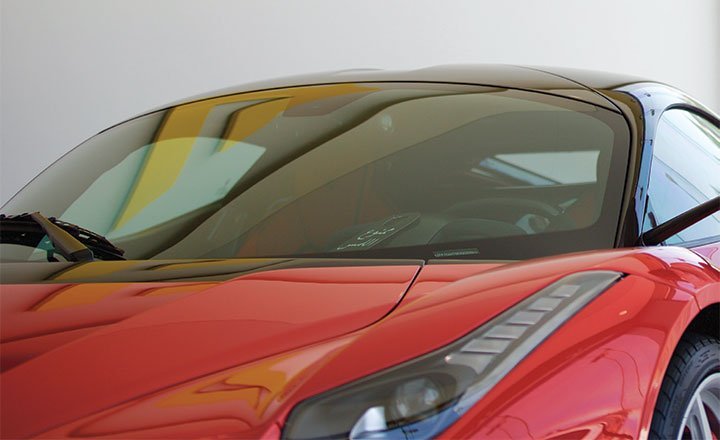 A Boy and the Ferrari

At first encounter, Al Onzi exudes the stature you would expect from a businessman. Apart from being the owner of 7 Car Lounge, he is the Chairman of Baraa Trading, whose portfolio includes Nozomi, Disk Dr and Rent-A-Car.

Al Onzi navigates through conversations as a gentleman would, being observant before speaking in concise and well thought of responses. Sitting across from him in his office adorned with classic memorabilia, you get a sense of a Saudi man of character, classy mindedness and, well, fun. The fun part comes when you start talking about cars his motor head syndrome emerges.

Al Onzi shared how his love affair with cars started. “I was 12 years old, my father took me and my brother, Adel to a showroom on King Fahad Road. There I saw the Ferrari F40 for the first time in my life. It was love at first sight,” he jokes. “Since that day, I would drag my father and brother to visit it every Friday. It became a ritual for us three, I would spend hours and hours just looking at the F40, marveling and studying it.”

It was a valid infatuation by any auto aficionado’s standard. After all, the F40 is dubbed to this day as the ‘greatest supercar the world has ever seen’ by no other than Jeremy Clarkson.

It took years but eventually, Al Onzi did get to buy his first F40 in 2008. “It’s still my favorite car, hands down. I’ll choose it over any other,” says the man with over 50 other collectible vehicles in their Riyadh and Dubai garages. 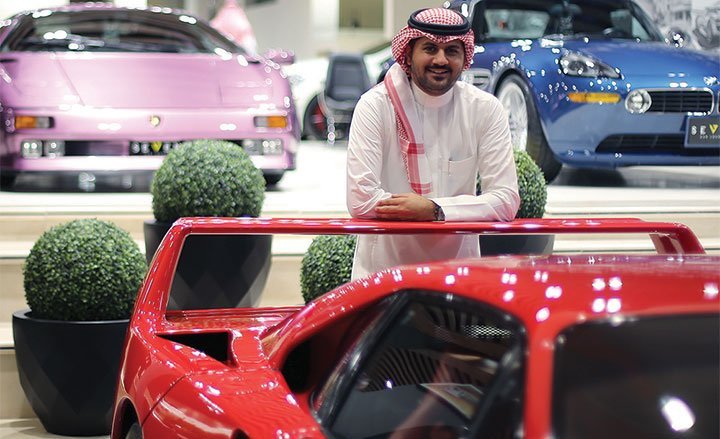 In the Business of Selling Myths

Young men have a natural affinity for cars and as they grow older it becomes mere enthusiasm. This was not the case for Al Onzi; his relentless passion for cars spilled over into his adult life and is the fuel for creating a one-stop shop for collectors.

“You have to do what you love. Right after graduating, I borrowed some cash from the family, which was less than SR 200,000. I moved to Dubai for a while, it was known as the market for exotic cars to learn how the business goes. I started with buying and selling kits, trading between the Kingdom and UAE.”

Al Onzi has been in the business for over 12 years now. He opened 7 Car Lounge in 2014. He continues to run the car gallery with his brother, Adel, who serves as the managing director. 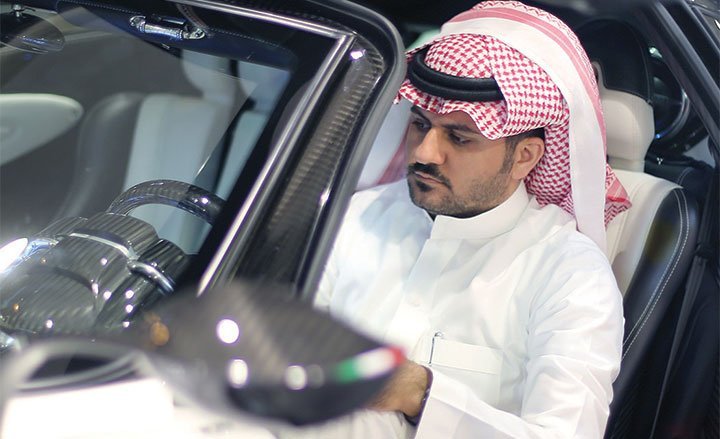 The dealership can pride itself in having sold exotic cars that are considered legends in the market. Their list includes two Pagani Huayras (one with a completely blue carbon fibre exterior), two Ferrari LaFerraris, a McLaren P1, multiple Porsche 918 Spyders and a Ferrari F40.

According to Adel, a motor head in his own right with an affinity for Jaguars and Porsches, the lounge is more than just a dealership. As the executive at helm of the day to day business, he explains, “Car collection is an enigmatic pursuit but one, which with the help of professionals, is worthwhile.”

“Our goal is to provide unique services that, up until now, no one else has been able to offer in the market. Seven is my favorite, lucky number but also, it stands for the seven services,” Talal said. 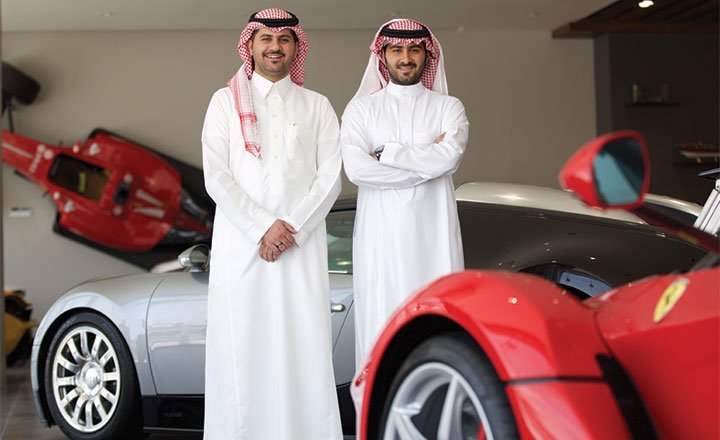 From restoration, to getting an elusive exotic car straight from the factory or off the market, to vintage cars with a story – the place is a motor head’s Disneyland. And if the automobiles are not enough to show for it, at the back of the showroom is a literal gentleman’s backroom accessible through biometric recognition for petrol heads.

The elite lounge is a place for us and our like minded clients. It is only open for 77 members. Twenty-five of the slots have been filled already. Aspiring members should have at least bought $2 million worth of cars from the dealership and have a shared passion for automotive. —  Adel Al Onzi, Managing Director 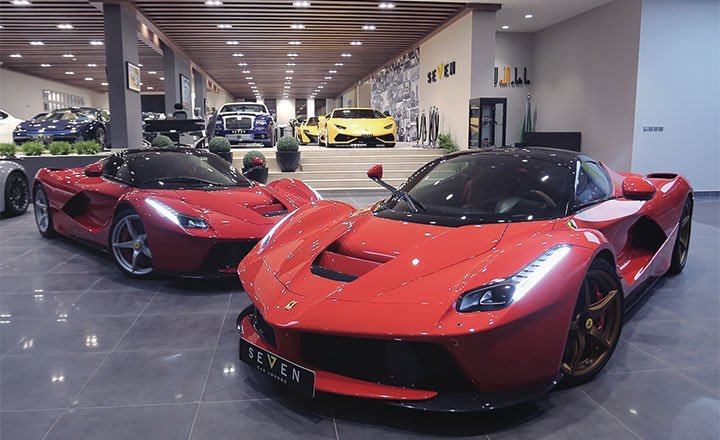 Collecting as a Solid Investment

Because cars are not directly connected to the global economy, it does not carry the same risks as investments that rely on the financial markets. While others may think that car collecting is merely a rich man’s lavish pursuit, it in fact is a viable and profitable endeavor if you know what you’re doing.

Supercars and exotic units can change value overnight, depending on the demand. Vintage cars are in a whole different category. Really rare cars like the Maybach for example, don’t get sold in a dealership; you have to go to the annual auctions. 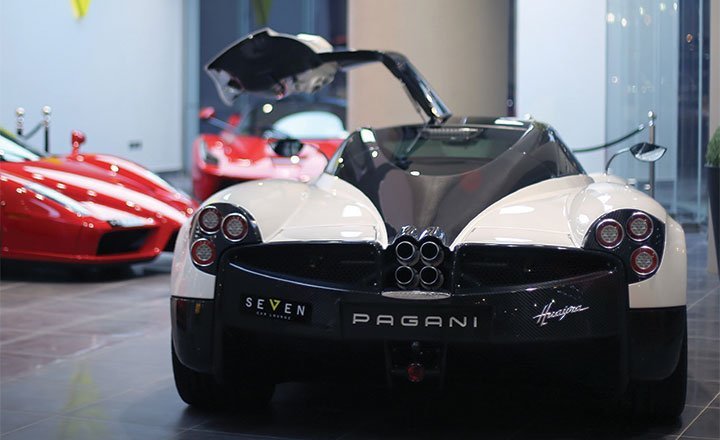 “Familiarize yourself thoroughly with what you intend to buy – don’t purchase blindly. Once you find a classic or vintage car you are interested in, find an authorized car consultant to inspect it and also advise you on the value of it. To protect your investments, you need to equally invest in a garage, especially in Riyadh. The weather here is the number one enemy in maintaining your cars.”

In ending our talk, Talal emphasized on what he says is the most important part of being a petrol head, “Don’t let your car get stuck in the garage, it’s not healthy for the car or you. Drive it. Enjoy the ride.”