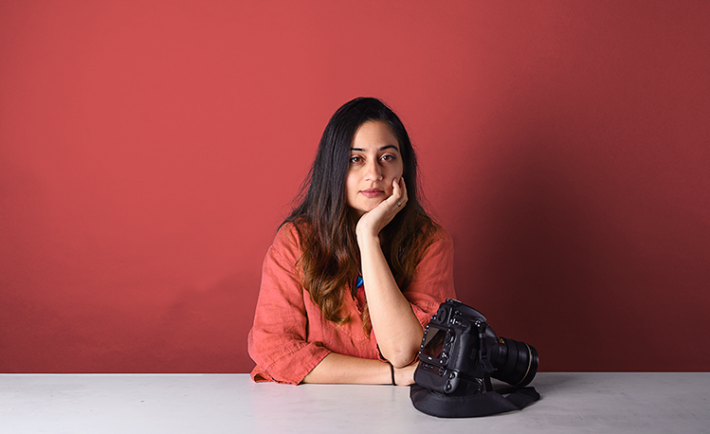 Iman started as a self-taught photographer that is now a part of the ‘Women Photograph’.

Iman’s interest in photography and documentaries was something she inherited from her elders who kept and told stories behind old photo albums. Growing up she was unaware that this could be considered a profession to master, Iman never  connected her passion to a potential career. During her 20’s she started carrying her camera around, capturing ‘real’  moments at work, friends’ weddings, travels, family events and during her walks, and this soon became her signature style.

Studying graphic design and being a self-taught photographer, she took a photography course, and later took workshops in photojournalism to polish her skills. After graduating and working in the graphic design field for several years, she started volunteering at community events to practice her documentary style photography. She also volunteered to give a photo workshop in Al-Wehdat refugee camp to Palestinian and Iraqi refugee children. This was when she realized what stories she wanted to tell and for her, this was a way to come closer to home.

In 2014, she was invited to contribute to Everyday Middle East’s Instagram project, and shortly after that, she received her first major international photo assignment in Saudi, from German publication GEO Magazin to photograph Sumayya Jabarti, the first female to be appointed as the editor-inchief in Saudi.

A fellow photojournalist in Los Angeles, where she lived for a time, advised her to explore her country, to start from home and work with what she knows best, which she eventually did a few years later when she moved back to Saudi.

It was a huge turning point for Iman when she received the Arab Fund for Arts and Culture (AFAC) grant and started a project she titled 3eib, visualizing stories of taboo through photojournalism and documentary film. Her work is powerful, showcasing the lifestyles and feelings of her subjects.

She’s a part of the global ‘Women Photograph’ database and is currently working as a freelance photographer, with her work published in most of the top publications – The Washington Post, The Wall Street Journal, The Los Angeles Times, The Sunday Times, The Guardian, Spiegel, and Zeit, among many others.