1861, a year in which an Egyptian army engineer, Muhammad Sadiq Bay, took with him a novel device called the wet-plate collodion camera on his pilgrimage to the Holy Cities. He returned to the Hijaz almost two decades later in 1980 and the photographs he shot on both his journeys became the very first photographs of the Holy Cities.

There were a few written well-documented travelogues of Makkah and Madinah that existed before Muhammad Sadiq Bey made his famous journey, but what made his journey more special is the fact that it was the first travelogue to the Holy Cities that was accompanied with photographs.

12th of February 1861, Sadiq stands in front of the Prophet’s mosque and starts photographing. He goes to the outside of the city and captures a panoramic view of Madinah. He managed to shoot a panorama by taking two photographs and joining them using such a technique that it looked like they had come from one plate. He even mentions this in his diary stating that “No one before me …. has ever taken such photographs.”

Pertaining to the residents of Madinah, Sadiq noted were “nice and civilized, and welcoming to traveling strangers.”

In Makkah, he photographed the Ka’aba along with the hordes of pilgrims that circling it. He also photographs other sites within the vicinity of the grand mosque including the Al Safa Gate then goes on photographing various sites from the annual pilgrimage including the pilgrim camps at Mina and the plains of Arafat. 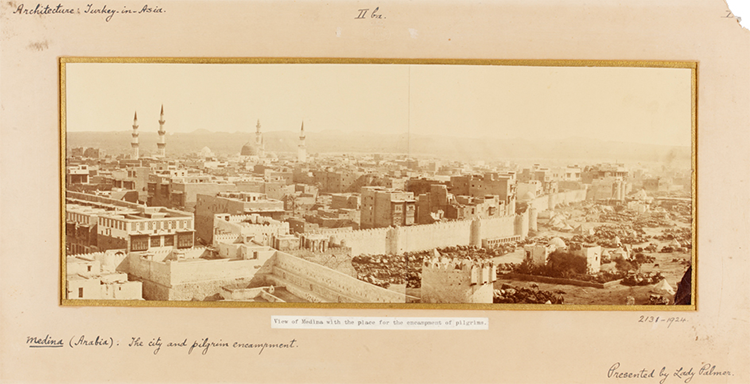 Sadiq’s work was featured in magazines in Europe and the Middle East. He even won a gold medal at the 1881 geographical exhibition in Venice.

The same year he published the Mash‘al al-Mahmal (The Torch of the Mahmal) that contains some of the finest photographs he shot, along with his observations and a brief history of the mahmal (ceremonial palanquin) and the kiswa (cloth of the ka’aba).

Several years later in 1896, he published the Dalil Al Hajj (The Guide to the Hajj), which covered his journey in more detail.

The images of Sadiq that he shot with much technical skill and surprising clarity continue to garner interest and curiosity of its viewers. They capture a time so different than ours, yet are relatable to its viewers as the acts and rituals of worshippers in the Holy Cities continue to remain the same now more than a century and a half since they were shot. 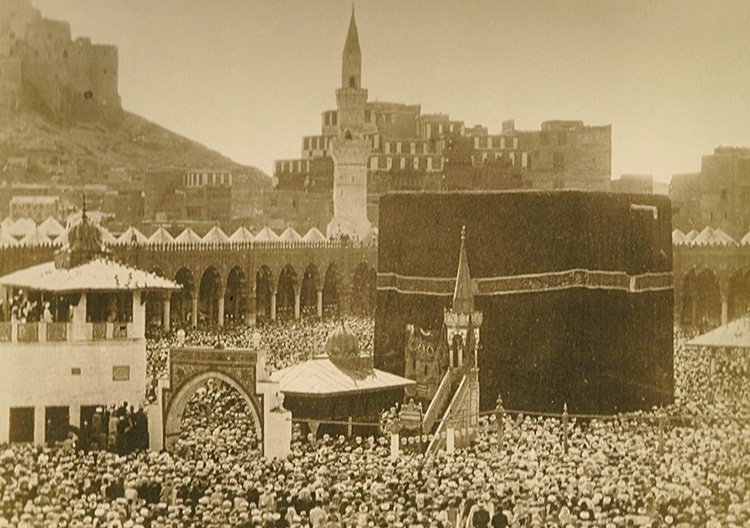