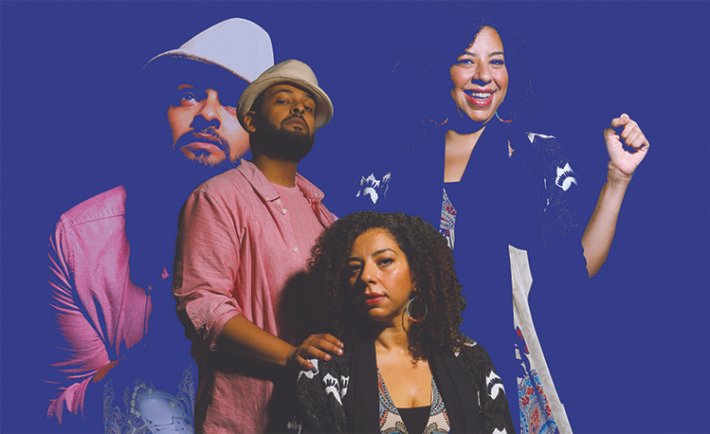 Nourah is a brand and creative strategist as well as a singer-songwriter with a deep passion for music. She started off as a guest performer in her friend Sean’s band before getting into duo and solo performances. She performed at an open mic night in 2018, which made her even more enthusiastic to take on more of the local music scene.

In January 2019, the General Entertainment Authority issued public performance permits, and the following week Nourah opened a public Instagram account, which is when Seven Moons, a creative venue in Riyadh, reached out to her and Sean to perform at their venue. She has since performed at many public and private events and venues in Riyadh including Soho Club, a restaurant offering a unique, music-filled dining experience.

Nourah is currently working on original content, collaborating with a few local musicians. She enjoys singing covers from different genres such as jazz, pop, and soft rock to honor music that formed her eclectic taste. One of her favorite aspects of the local music scene is seeing artists ‘have each other’s backs.’ There have been more collaborations and more people coming out of their shells creating a vibrant culture. “Everyone’s so insanely talented and we’re all encouraging each other.”

Known for his vibrant voice that will draw in any audience, soul singer Nawaf is making huge strides in the local music scene. After starting out his music career performing in private events, he gracefully moved into the public sphere and has been playing a huge role in evolving the local music scene.

He started off performing at open mic nights to pioneering a jazz concert conducted in partnership with the German consulate in Jeddah and embassy in Riyadh, where Nawaf performed alongside the Johannes Brigge Trio band. Another highlight of Nawaf’s career was singing a spontaneous duet with Joss Stone at an intimate concert in Jeddah, pleasantly taking the crowd by surprise by belting out high notes and keeping up with the famous singer.

With all the changes taking place in recent years, Nawaf still finds minor troubles in the fairly new local music scene is fairly new. Finding an established musical institute as well as other talents to collaborate with has not been easy for local artists, and many artists like Nawaf have taken it upon themselves to create the change they want.