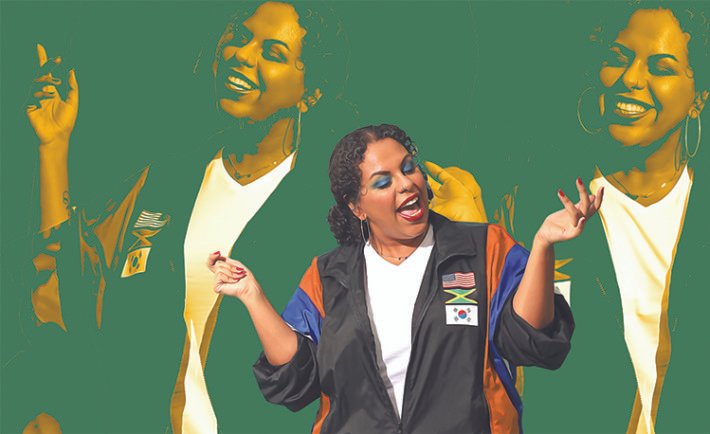 From underground artist to the forefront of the Saudi music scene, Loulwa Al Sharif is becoming a household name, widely known for her soulful, bluesy voice.

Loulwa is influenced by music that tells a story, touches people’s hearts, and moves the audience. She looks up to Joss Stone and Beth Hart, both soulful artists who she says “sing from the heart; it’s all about being real and delivering what you’re feeling deep inside to the beautiful listeners.”

Getting started in the music scene was exciting for Loulwa. With a nudge, she performed her first event at a compound and hasn’t stopped since. She gained more confidence with each performance, and has since opened for Joss Stone’s private concert in Jeddah. She was also on the sixth season of Arabs Got Talent, both huge strides for Saudi women.

Loulwa believes in making a positive change in the culture and inspiring talented females to step up.

She can be found performing in public spaces, her favorite one being Boho Café, a cozy setting with so much character that inspires artists and allows audiences to enjoy a night of music and positive vibes.