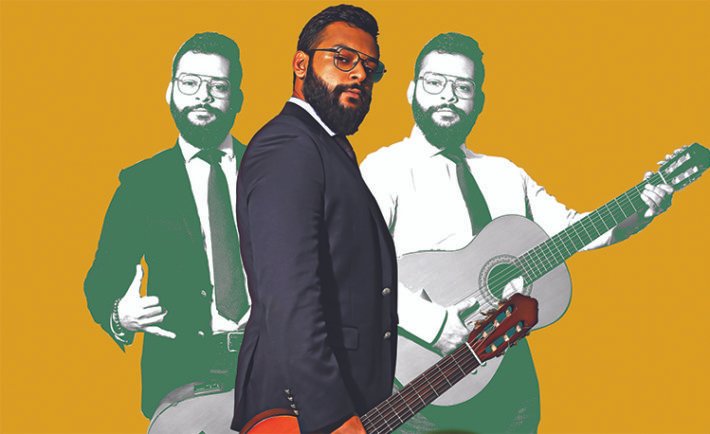 A physician at King Abdulaziz University Hospital by day and a Spanish flamenco rumba musician by night, Bader Al Naseef is a man of many talents. Inspired by flamenco music as part of his Andalusian family history, Bader Al Naseef grew up listening to Spanish bands such as La Rumba, Mont de Pelier, and the Gypsy Kings. Bader’s musical influence also extends to the compositions of Ziryab, an ancient Iraqi/Andalusian music composer.

The first time Bader picked up the guitar in middle school, he played heavy metal with friends, but eventually went back to his original passion. “I think the genre I play really helps my music be accepted because it’s a well-known sound loved by many around the world,” he enthusiastically shares.

Before public performances were legal in the Kingdom, Bader performed in private spaces, as well as abroad, such as in Spain and Morocco. You can watch him perform in local venues now, including hotels, restaurants, and cafes. Bader’s favorite so far is Lallo Restaurant, which holds a vibrant space for local artists to share their talents.