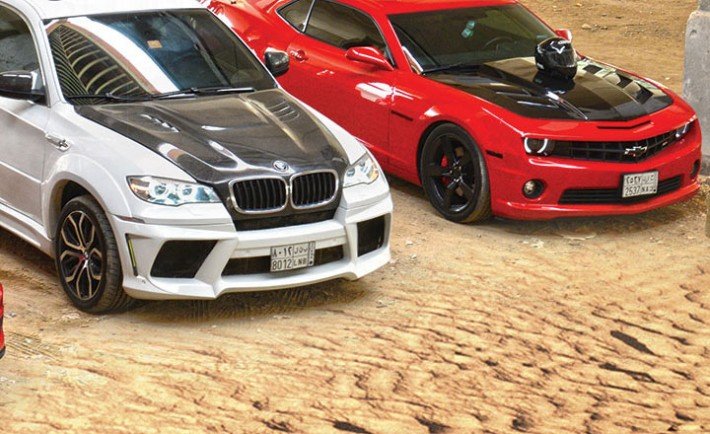 Car customization has always been popular in KSA. Abdulaziz Al Nabulsi’s The Royal Designers took it to the next level.

Abdulaziz Al Nabulsi, founder of The Royal Designers, got into the car customizing and modification market in 2009. The company re-engineers the vehicles in both, design and performance. The Royal Designers can customize the interior, exterior, braking, performance and anything else that needs to be done to make the ride look better. At the time being, the company focuses on high-end cars such as the Tesla, Fisker, Corvette, Camaro, sports cars and European cars.

The Royal Designers also produce carbon fiber parts for cars, boats, jet skis, planes and motorcycles. The types of body kits that are available at The Royal Designers include Brabus, Hammann, Lumma, Techart and Al Nabulsi’s personal favorite Mansory, as he puts the kit on his own personal cars such as the BMW X6 and the Porsche Panamera.

The available rims include ADV1, Forigato, Vossen, Zero and Giovanna. Al Nabulsi first started off with simple inexpensive customizations of mirrors, wings and other small parts. The first full project was a Lexus IS in 2010; it took the company approximately a whole month to complete that project. Now however, the all grown company finishes a project in only a week.

When asked what was Al Nabulsi’s favorite car to customize, the Mercedes G63 sprung to mind as it’s a big car with a big engine and he believes it gives him a lot of space and room to utilize.

The company installs different types of parts. To begin with, there are the small parts that are fully made in-house such as splitters, wings, flender flares and body kits. Secondly, there are the customization body kits that are imported such as Mansory, Hamann and other brands.

Thirdly, there are customizations that are not limited to finding the suitable bodies but may require the modification of existing ones. For example, a Mercedes CLS Class body kit was once modified to fit on a Mercedes C Class. The two vehicles are of different sizes so the edges of the body kit had to be made, the bumper had to be cut in half and remolded to fit the size of the C Class.

The Royal Designers have the capability to render and 3D print the final outlook of the car before clients make the decision. Some clients know exactly what they want beforehand while some clients are open to see what the company has to offer.

The Royal Designers started here in Jeddah, but Al Nabulsi will carry on with his vision to expand to other key areas in Saudi Arabia.