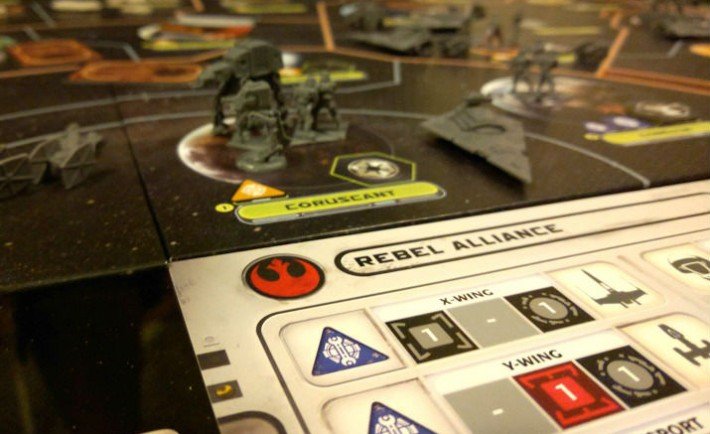 Guess what? I promise zero Star Wars puns or references in this entire article. Ahem:

The Force of Star Wars love has been re-Awakened!

There’s a New Hope in the boardgaming scene…

Prepare to boldly go where you’ve never gone before (Yes, loop hole)! Star Wars: Rebellion is a two-player game (four can play as teams, but trust me: two players) brought to you from the boardgaming titan that is Fantasy Flight Games (FFG). You’ve got a huge board representing the Star Wars galaxy, awesome miniatures and a ridiculous amount of cards to discover and play with. Fitting squarely in the category of “long-ass” game, the brief pitch is that the Imperial player has to hunt down the Rebels player and destroy their secret base, while the Rebels have to build up support and set in motion the Empire’s downfall. In true FFG fashion, gameplay is deliciously asymmetric, with the Imperial player leading a massive army and the Rebels player approaching things decidedly more sneaky, tactical and almost always desperate. 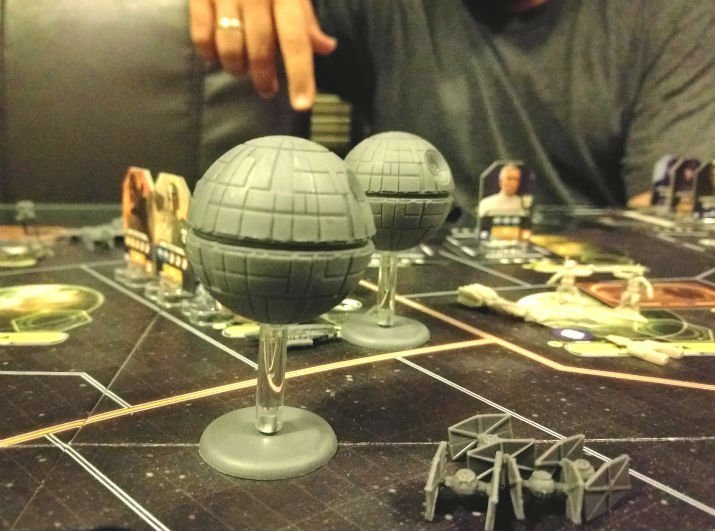 I played as the Rebels player last time: it was brutal and super thematic. I felt like I was the underdog the entire time, always underpowered, sneaking in sabotage missions or run-and-gun skirmishes, nipping at the boot heels of the Empire that just. Wouldn’t. Stop. Coming. Meanwhile, the Imperial player had his war machine churning out units constantly, filling up the board as I filled up with dread. Still, the cat and mouse game played out beautifully as he could not find my base for the longest time.

Everything centers on the “leaders” that you have; characters from the original trilogy that you use to move forces, enter combat and perform missions. Those missions are the meat of the theme and what you’ll be talking about after the game is over. Sending Luke to win the support of a planet, only for Darth Vader to show up and not only capture him, but interrogate and turn him to the dark side! Han and Chewie leading a team to infiltrate the Death Star, face off against Grand Moff Tarkin and still manage to take down that behemoth of a base. 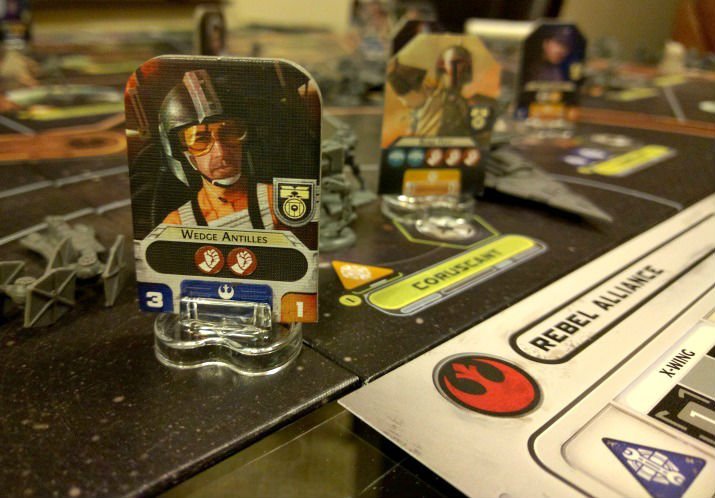 I’m not even a Star Wars guy (long live Picard) and yet I had an absolute blast with this game. We played from 9pm to 2am and even though I felt on edge the entire time, scrambling for scraps and eventually did lose, I knew I was a thorn in the Empire’s side and had prolonged their victory for so long that I was actually closer to winning than expected at the end.