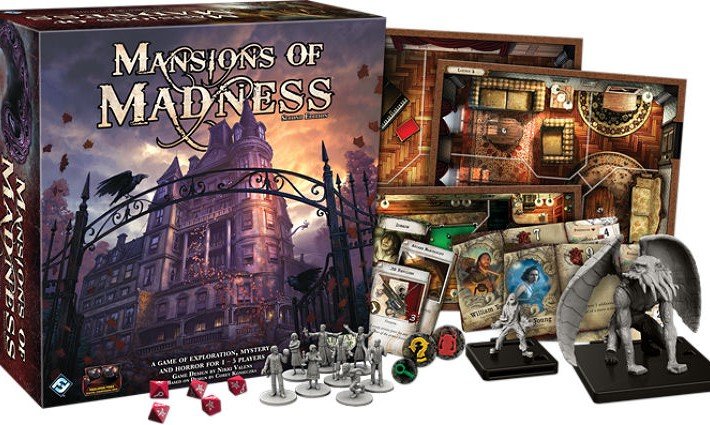 It’s not every day you run into a game that manages to answer all your concerns, no matter which ones come up.

What concerns did I have when I had first heard about this game and took into account the issues the 1st edition had?

I want a fun story-centric epic game with emergent gameplay, but (cough cough parent cough), I have so little time to get through some of the longer campaigns that, while those offer the most theme and impact, are also impossible to pull off in a single, short setting.

Guess what? MoM answers all these questions in one fell swoop: they introduced an app.

This is still relatively new territory, companioning board games with apps, but XCOM pulled it off pretty darn well, and Fantasy Flight Games have taken things up a notch since then with this game’s app. It handles everything for you.

MoM App: “Hey Ahmad, worried about being the bad guy and balancing out the gameplay and fun? Here, let me take care of that for you. I’ll be the dungeon master. You guys just enjoy the game!”

Ahmad: “Thanks MoM! Oh man, what about the setup? This is going to take forev-“

“Shh, there there. Don’t worry about it. You just pick the scenario and characters, hit start on me and I will whisk you away to a magical, narrative wonderland-, er, well technically nightmare (this is a Lovecraft game after all). Anyways, no crazy setup required. Just put down a couple tiles here and there and we’ll add more as the story requires.”

“Dang, that’s really sweet of you MoM. How long will this campaign take? It says it could be a couple hours here on the box. Maybe even longer? What if we can’t finish the game tonight?”

“Psst, just look at this button right here: Save. Yes, crazy, right? You can save your progress, pack everything up and then just pick things up again another night, right from where you left off.”

I haven’t even explained to you what this game is about yet. In a nutshell, this game has you playing as investigators and working together to solve spooky, eerie mysteries. Dripping with theme, most actions you perform are narrated by the app, providing flavor text, sound effects and a soundtrack to boot. Meanwhile, even if you manage to not get physically killed by the monsters you’re bound to fight along the way, you’ll be lucky if the horrors you face don’t actually cause at least one of your characters to go insane.

The best part about all this? With an app, it’s going to be so easy for them to give us new stories and scenarios. The replayability is so promising and full of potential. Get this game now!