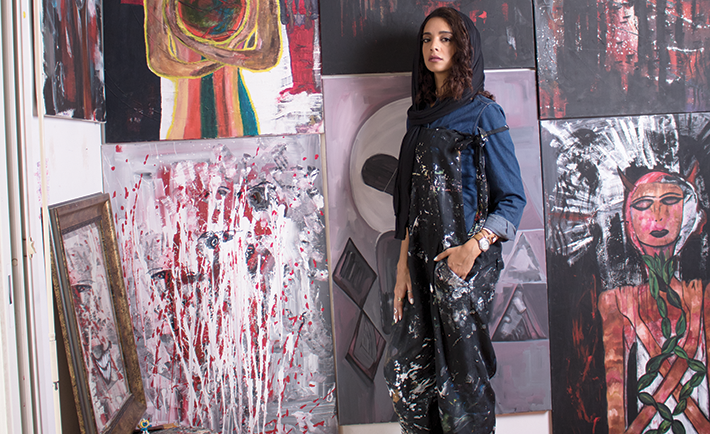 People will never forget how you made them feel.

Dana Eshki is a young Saudi fine artist. She says: “I don’t want to be an artist; I want to do something that will change the way the country thinks. I would like to contribute in simple ways.”

Eshki began drawing and coloring as a teenager, when “it was only a way to release energy.” Her mother played a core role. Eshki defines a mother as someone who “wants you to be you” and opens the possibility for that. It all started when her mom handed her the key to success i.e. a studio and Eshki knew exactly what to do with it. 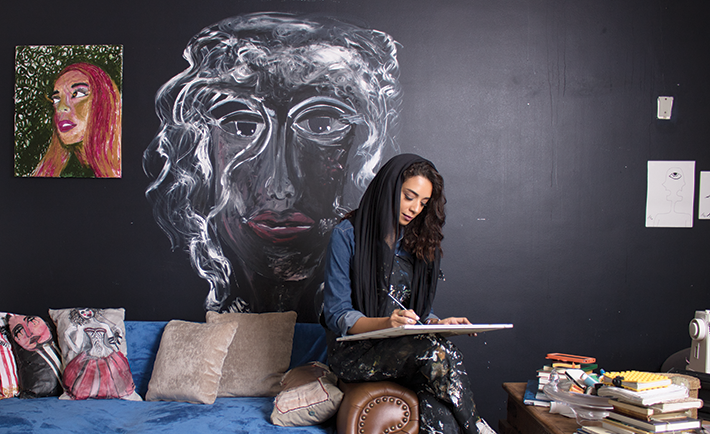 Her first experience with colors was when she painted the walls of her room by herself, in a time when DIY’s did not exist. “It just happened, it was a feeling.” She acknowledges the finishing was flawed; nonetheless, when she took a step back and looked at her work, she noticed how pretty the feeling of the colors was.

As days went by, her skills improved and her feelings are clearly visible in her paintings. It’s like you look at her piece and you can feel her exact emotions at the time of painting. Crazy, isn’t it? And that’s probably what will make her an advocate of change. 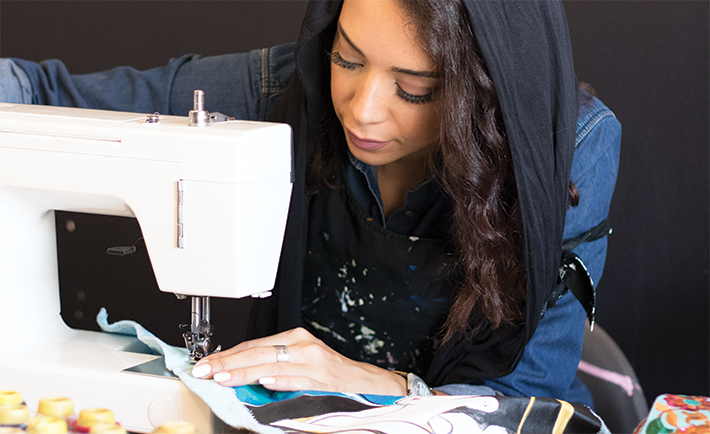 And then she did something super empowering. She began painting female portraits on canvas. These portraits had a powerful message to tell. But it doesn’t stop there. She cut the edges of the canvas and sowed the pieces to the back of abayas.

“You can’t imagine the feeling when someone appreciates your piece,” she expresses. Eshki has received both positive and negative comments for her work. Some people have asked her “why do you interfere in politics and why do you paint like this?” But it isn’t people that keep her going – it’s the realm of art which makes her feel alive.

Do you have a passion that you’re so attached to? One that helps you feel alive? Tell us about it by commenting.