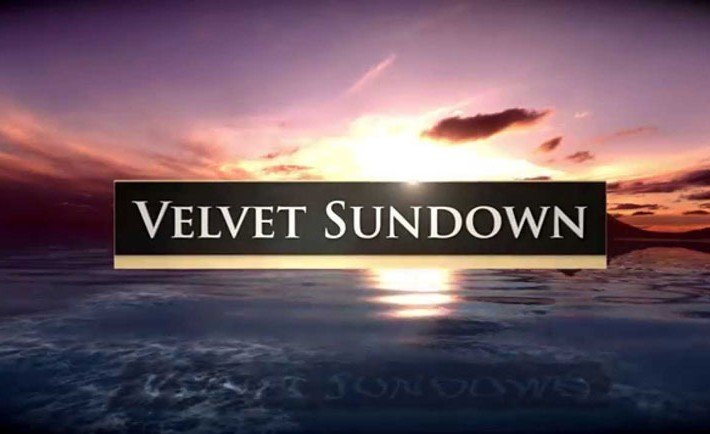 Role-playing games have been one of the prominent genres in videogames for quite some time now, but many have watered down the role-playing aspect.

Velvet Sundown is an actual role-playing game; an online chat-room with avatars and each person is roleplaying a character based in a specific scenario. It is a refreshing take on videogames, and being a free-to-play game has made it even more appealing.

The game can be played with a minimum of four players, and it wholly takes place on a yacht. At the beginning of each game, you’ll be assigned with one of the preset characters; receiving a brief bio on the character as well as an objective that you must complete. 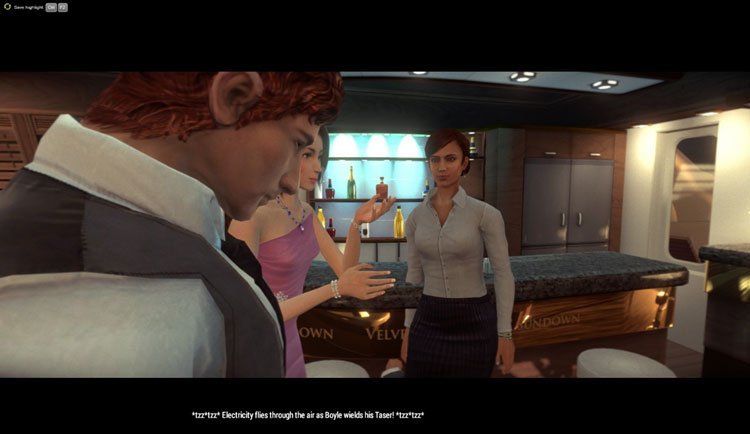 “Sea of fire” is a mode that splits the players into two teams. The objective is to blow up an oil rig; you can do so by finding a data drive located on the yacht and sharing it with your team members. The problem is; you don’t know who’s on your team. So the other team’s objective is to stop your team from sharing the data.

The actual gameplay mechanics are simple; chatting with other players via text-to-speech. You will write what you want to say, and your character will speak. To my surprise, the feature works very well; it even recognizes commas and ellipses. Unfortunately, they removed the text-to-speech feature in a later update, so now it’s only through text.
Other than that, you can give, show and trade items with other players. Some of the objectives may be in-line with other players’ objectives. For example, I need to find a lost item that belongs to me, another player’s objective can be ‘Find and give the item to its owner’. 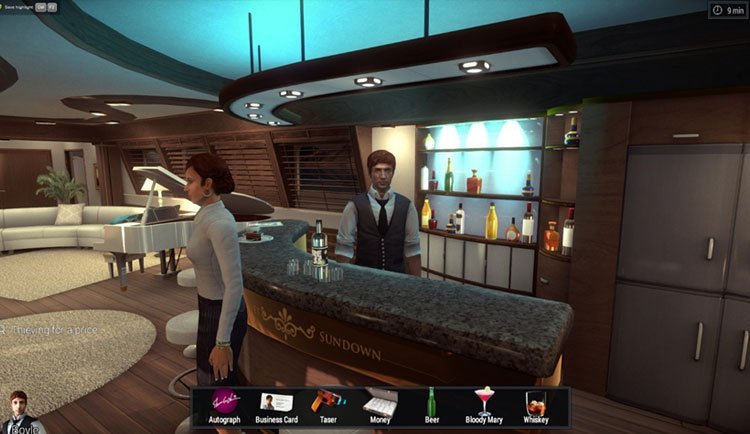 In terms of technicality the game is lacking, but good enough to serve its purpose; the animations are janky, the character graphics are mediocre and the surroundings are top notch…for a generation-old hardware.

Unfortunately, the enjoyment levels depend on the sort of players you join; so the game is as good as the players you play with.

In closing, the gameplay is quintessentially a social skills’ test and, to some level, feels like a social experiment. Still, I would recommend to at least try the game once. After all, it is a free-to-play game and around 350MB in size.