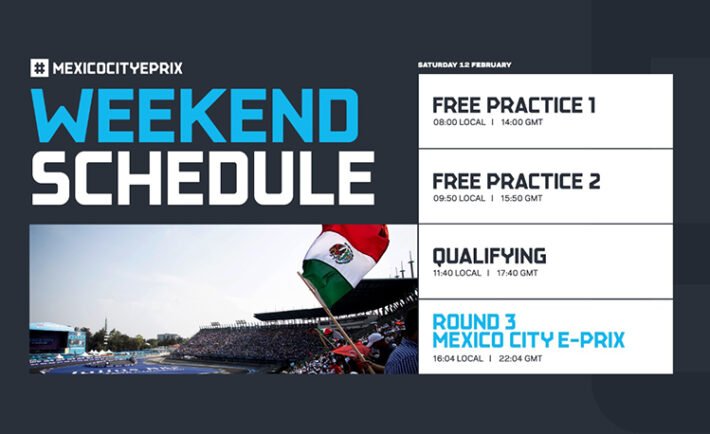 Autodromo Hermanos Rodriguez to host Round 3 of the ABB FIA Formula E World Championship this Saturday.

Check how to watch the action live at fiaformulae.com/watch

Mexico City hosts Round 3 of the ABB FIA Formula E World Championship this Saturday (12 February) with fans returning to fill the grandstands and 22 drivers set to go flat out on the Autodromo Hermanos Rodriguez track after two rounds of fantastic racing at the Diriyah E-Prix in Saudi Arabia on 28-29 January.

Fresh from a third-place finish in Round 2 and a strong opening weekend for his new team, ROKiT Venturi Racing’s Lucas di Grassi is one to watch in Mexico. The Brazilian has made two trips to the top step in Mexico City, most recently in Season 5 after his first win in front of the Foro Sol two seasons earlier. Teammate Edo Mortara is looking to continue his fine opening weekend form and stay at the top of the drivers’ standings after winning the second of two races in Diriyah, Saudi Arabia. 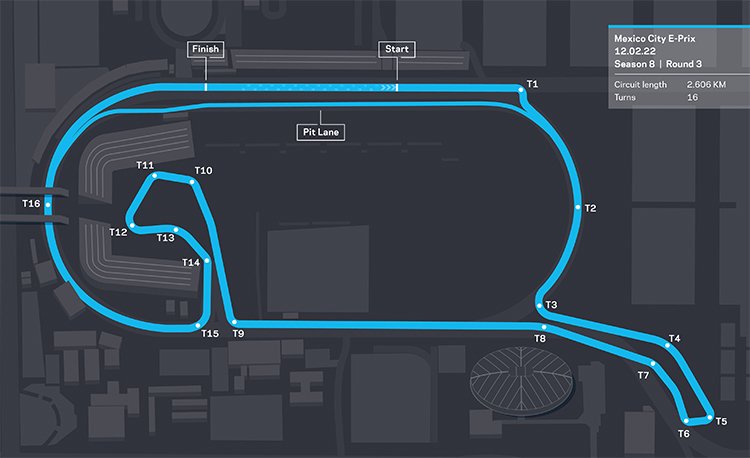 Mortara’s win followed reigning World Champion Nyck de Vries’ victory in Round 1, as Mercedes-EQ immediately got to grips with the all-new Duels qualifying format. De Vries and teammate Stoffel Vandoorne threw down the gauntlet with a formidable one-two finish in the opening race of the season.

The German manufacturer sits just a point behind its ‘customer’ outfit in the Teams’ World Championship ahead of the trip to Mexico, with Mercedes power currently the benchmark.

The competition is as close as it has ever been in the ABB FIA Formula E World Championship. Avalanche Andretti’s Jake Dennis and Envision Racing’s Robin Frijns have got their hands on silverware already this season and look to have the pace to mix it in the race for the top spot.

TAG Heuer Porsche Formula E Team and Jaguar TCS Racing also showed glimpses of pace, with fourth for Andre Lotterer and Sam Bird the best they could muster. There’s more to come from both, with Porsche’s race pace improving over the Diriyah weekend, and Jaguar having a strong record in Mexico City, with Mitch Evans winning the last time the series raced there.

The Round 1 and Round 2 races were part of a doubleheader in Diriyah and the only night races of the Formula E season. It was the fourth year of racing at the spectacular circuit which stands on the stunning UNESCO World Heritage Site as Season 8 of the World Championship kicked off under the lights of Diriyah, lit up by LEDs, making for a unique racing experience set in one of the world’s most stunning sporting locations.

With the fans returning to fill Foro Sol for Round 3, this season they will see new artwork that represents the modern, progressive, innovative values of Formula E’s race locations. The patterns draw on the rich cultural history of Mexico and combine this with modern-day artistic influences featuring a diverse tapestry of colors and patterns celebrating traditional techniques such as weaving, ceramics, and mosaics, in a modern way.

The ABB FIA Formula E World Championship returns to Mexico City on 12 February for Round 3 in the biggest-ever 16 race calendar at the Circuit Hermanos Rodriguez with the race starting at 04.00 pm local time, and 1.00 am on Saturday morning in Riyadh, Saudi Arabia. Find out all the ways to stay tuned and where to watch for all the latest updates and session times.